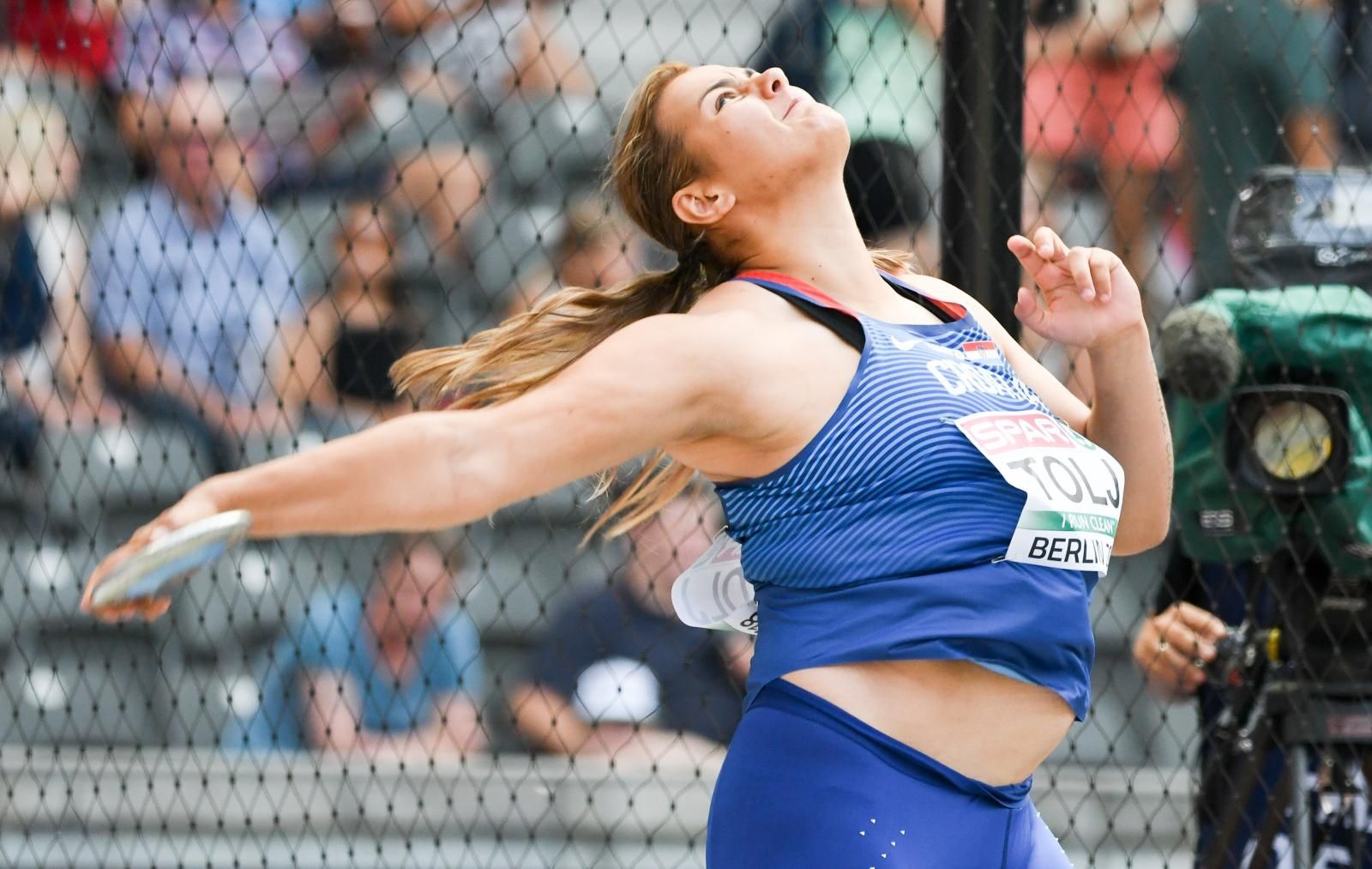 GAVLE, 12 July 2019 – Croatia has a new Sandra Perkovic in the making. 19-year-old Marija Tolj has won the gold medal in the discus at the 2019 European Athletics U23 Championships in Gavle, Sweden.

Tolj won gold with a throw of 62.76 metres, which was 5.50 metres further than the second place throw from Moldova’s Emilanov.  Tolj’s huge throw was also a new European U23 record.

Tolj, who is originally from Orebic and trains at the Dinamo-Zrinjevac club in Zagreb, is already being compared to Croatian world and Olympic discus champions Sandra Perkovic. Tolj’s throw today was just 3 cm shorter than Sandra’s best at the same age.

Tolj’s domination of the discus competition was evident by the fact their her fifth and sixth throws of 61.86 metres and 61.17 metres would have been good enough to claim gold.

Tolj has the potential to follow in the footsteps of Perkovic. She is ranked currently No.28 on the IAAF list of the best discus throwers in the world with 1089 points.