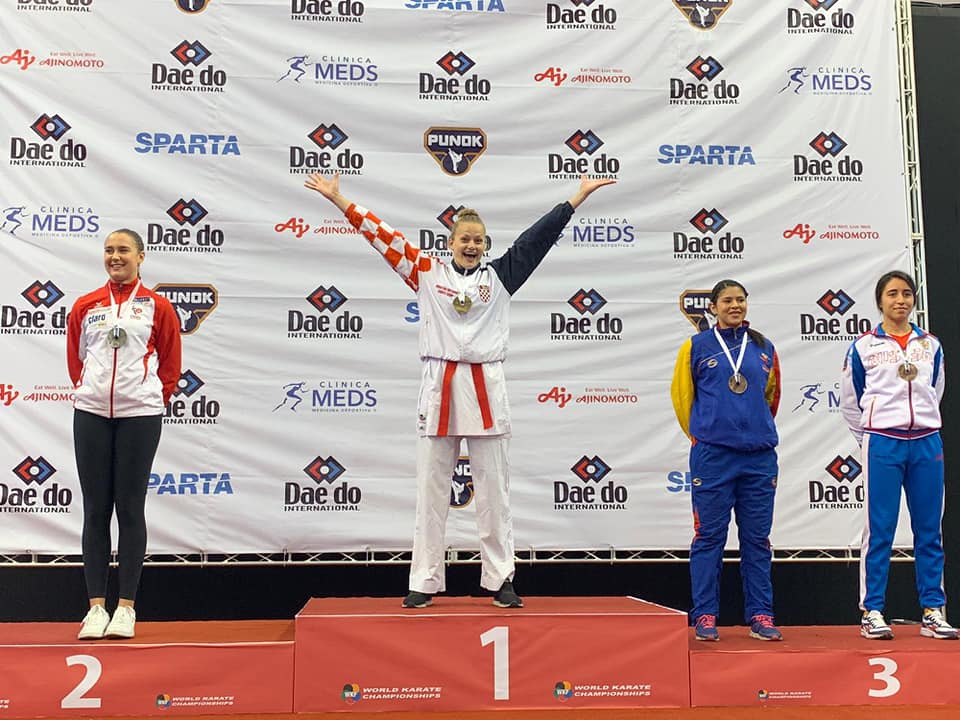 SANTIAGO, 27 October 2019 – Croatia’s Lucija Lesjak has become a world champion after winning gold at the U21 Karate World Championship in Chile on Sunday.

On her way to the final, Lesjak won five matches. In the semi-final she was too good for Mexico’s Nadia Michel Aguirre Galarza, winning 3-1. 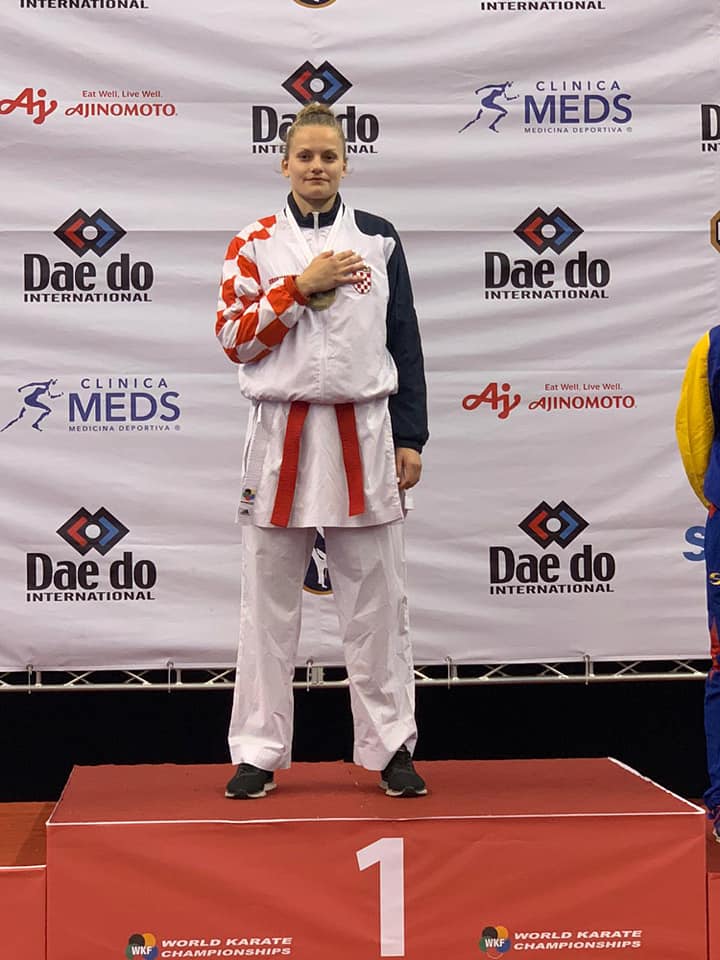 Lucija during the national anthem at her medal ceremomy (Photo: Croatian Karate Union)

Lucija, who is originally from Međimurje, is a medical student in Zagreb. Lucija juggles studies and trainings and this summer she also won gold at the European Student Games. 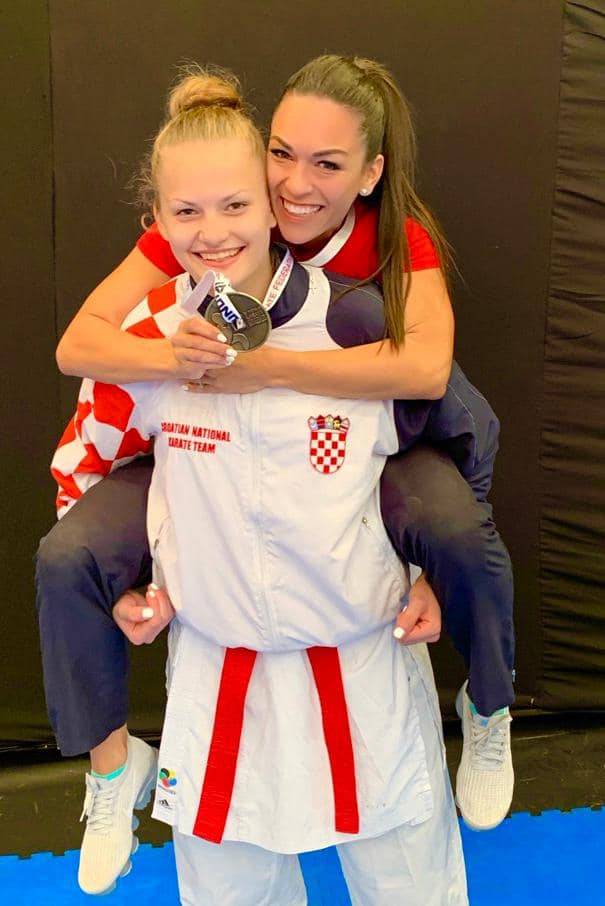 The U21 Championships, together with the XI WKF Junior and Cadet champs, took place in Santiago, Chile from October 23 and 27.