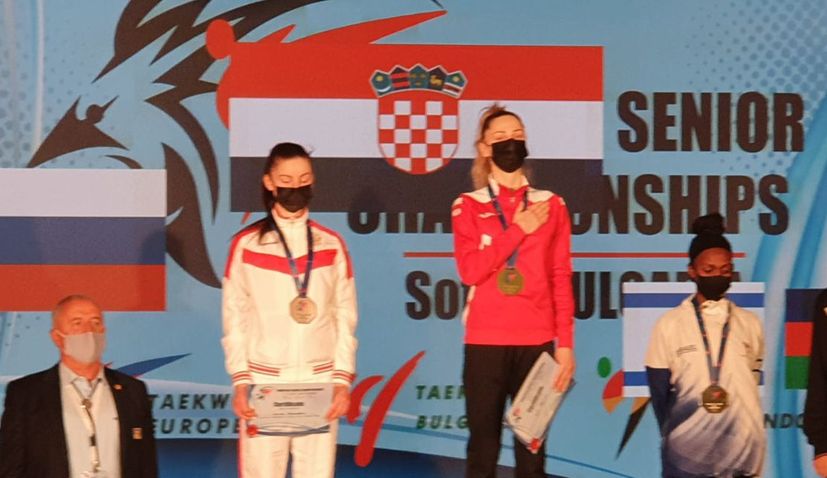 SOFIA, 9 April 2021 – Croatia has claimed a gold medal on the first day of the 2021 European Taekwondo Championships being held in Sofia, Bulgaria thanks to 19-year-old Lena Stojković.

Lena won the gold medal at the European Taekwondo Championships in the U-46 kg category.

Lena, who is a member of the Marjan club in Split, defeated Tammila from Finland 22-2 in the first round before beating current European champion Yildirim from Turkey 18-8 in the quarterfinals.

In the semifinals, Lena was dominant against Israeli Rivka Bayech, winning 28-8 to set up a match in the grand final against Russian Larisa Medvedeva.

The Croatian proved too strong, winning 18-10 after another impressive performance to win gold. 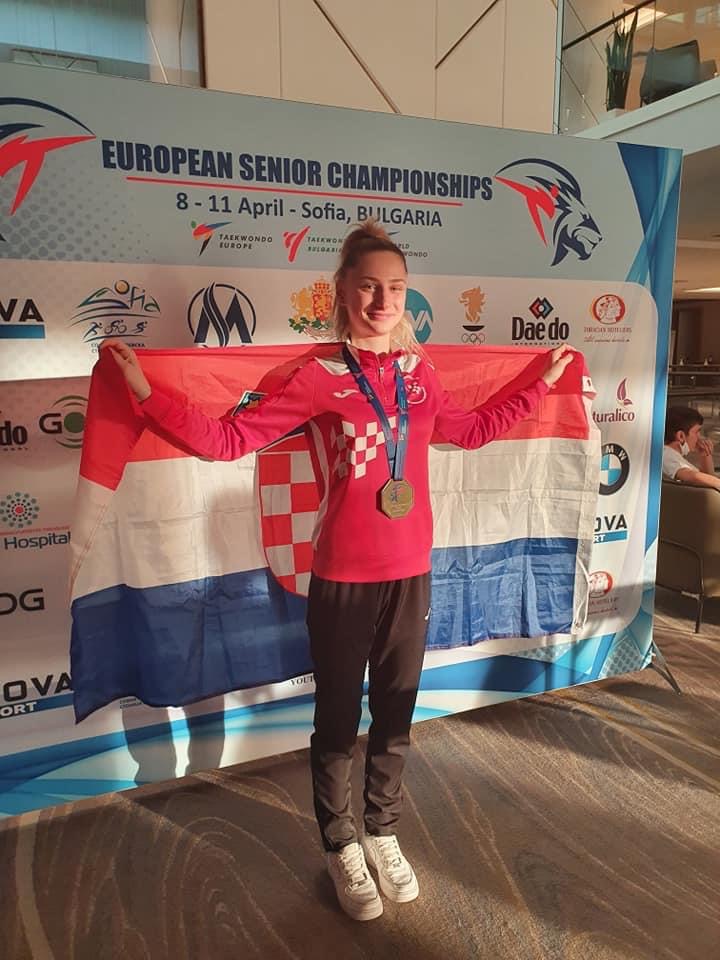 Lena took up taekwondo at a young age and under the tutorage of her coach Veljko Laura in Blatine, Split has now won her fourth big medal in her career at only 19 years of age.