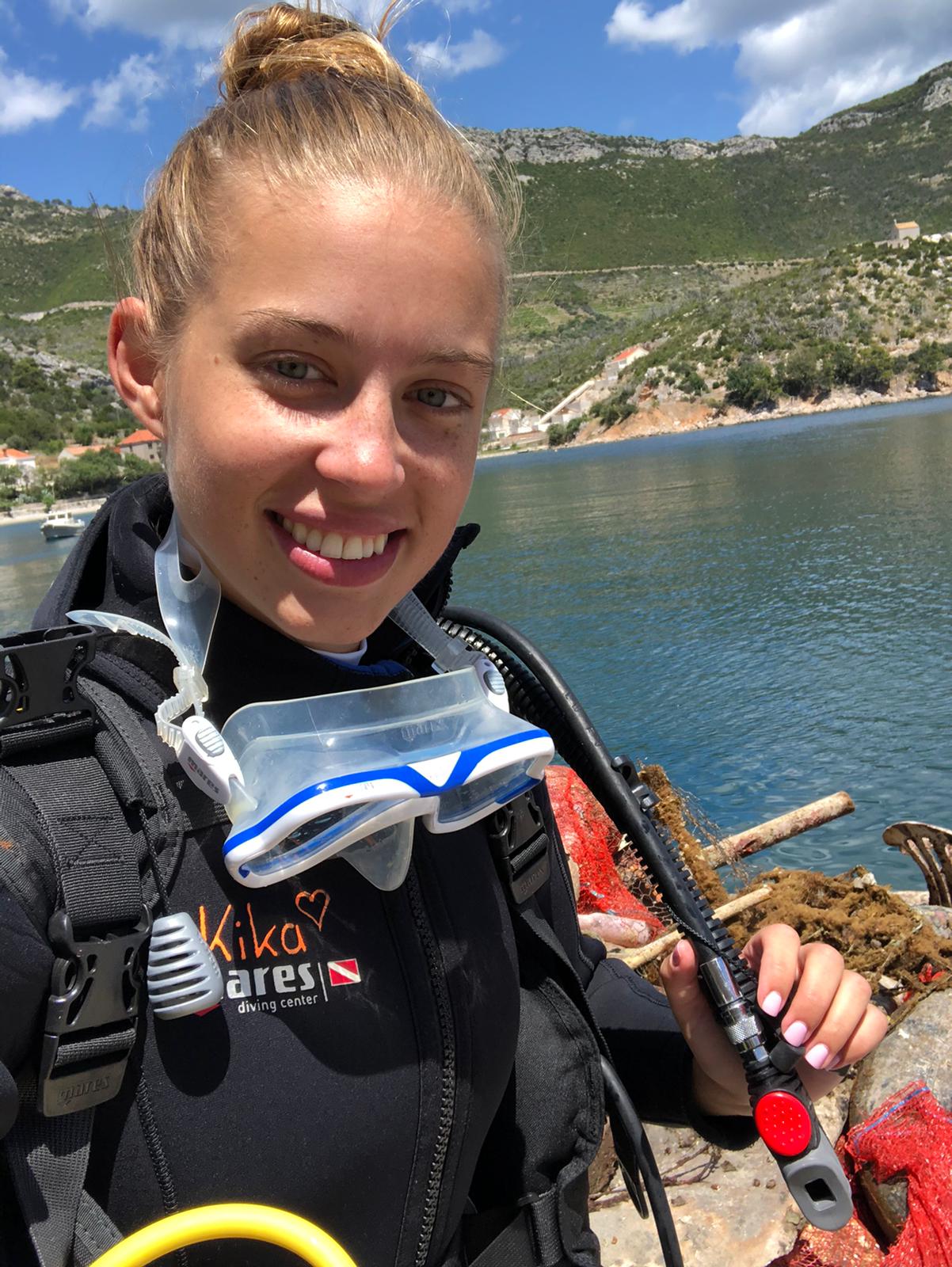 Since 1991, the Hermann Gmeiner Award has honoured individuals who as children were cared for in an SOS Children’s Villages programme and have grown into adult role models in their community.

Every two years, the Hermann Gmeiner Award provides an occasion to recognise two exceptional adults who as children received care from SOS programmes, and who have inspired with their accomplishments and contributions to society.

This year, 21-year-old Croatian Kristina Ivanuš has been selected among 8 finalists for the Hermann Gmeiner Award 2020.

Kristina, who grew up in the Lekenik SOS Children’s Villages in central Croatia and now studies at University in Zagreb, has always been deeply concerned with sea pollution. As a competitive diver and underwater photographer, Kristina actively works in Croatia to raise awareness on preserving the diversity and richness of our seas.

“Kristina’s love for diving and other sports marked a turning point in her life. Sports was a way for her to overcome a neurological condition that made it difficult for her to walk as a child. After completing a diving course in 2016, Kristina became a diving model as well as started to compete. She won medal after medal in competitions, nationally and abroad. The active lifestyle paid off in more important ways: in 2018, medical tests showed her neurological condition, radiculoneuritis, was gone. Today, she often visits the SOS Youth Facility where she tries to motivate the young residents to pursue sports, and diving in particular,” her profile states.