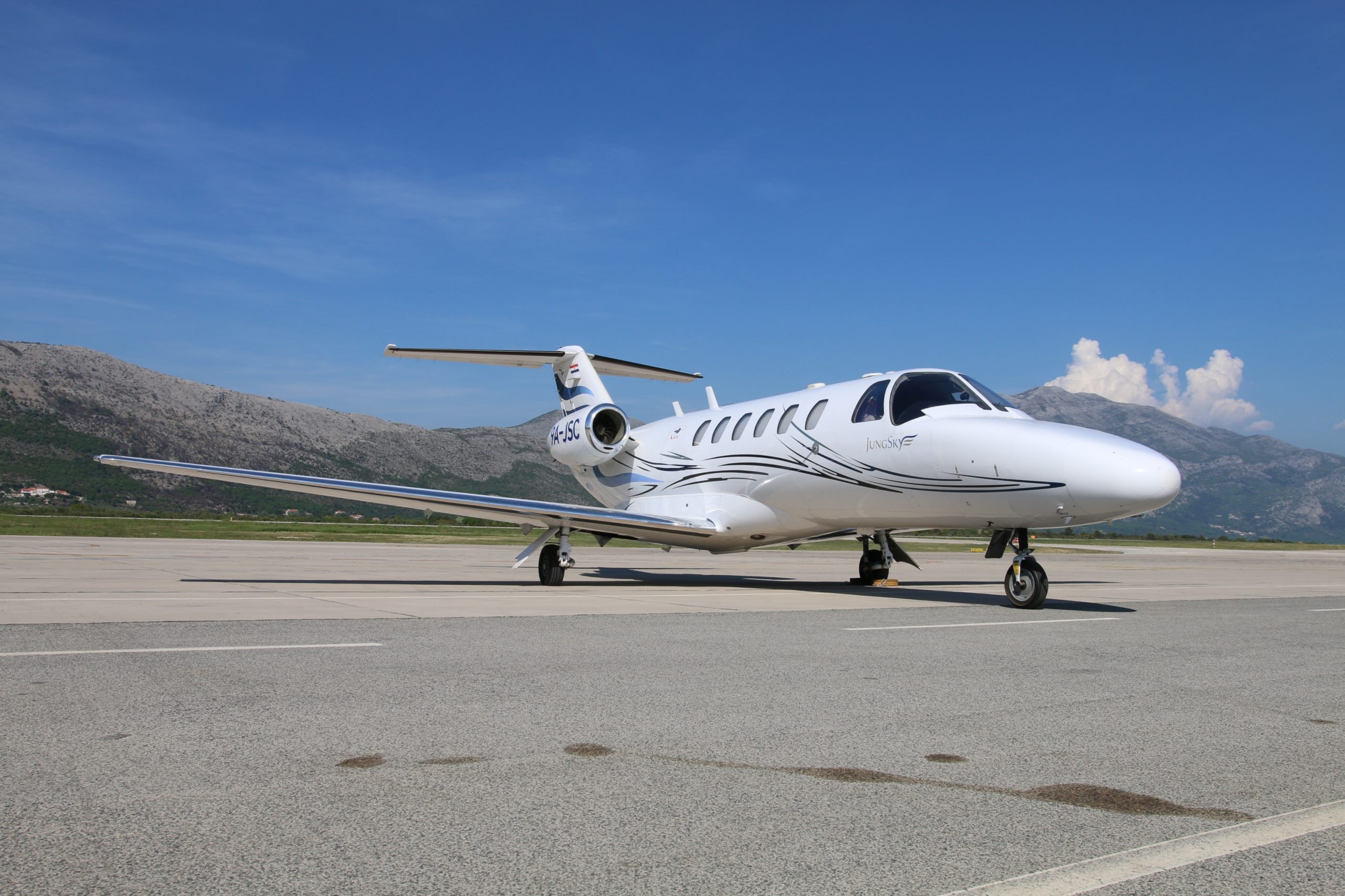 Numerous sources branded Croatia as a country that has dealt with Covid-19 very well. Therein lies a specific opportunity for business aviation services, especially in the context of nautical tourism which, being already a form of isolation from the rest of the community, minimizes the epidemiological risk.

“We’re really happy to see the growing number of countries whose health situation is getting better by the day. We hope it continues that way. As far as business is concerned, we like what we’re seeing so far in the month of May”, says Kresimir Vlasic, the company’s COO. “April was difficult. Our sales and OPS worked really hard, but it was almost impossible to finalize deals and carry out flights because the restrictions were massive. In comparison to April 2019, the number of flights operated by Jung Sky dropped by 86%. But things are improving and so far, May is looking good. It probably won’t be on the same level as in 2019, but we’re happy with the signs of improvement. ”

Despite the crisis and the uncertainty, Jung Sky management succeeded to fight off the necessity for layoffs and the employees’ salaries also remained untouched. Vlasic is confident the worst is behind us and the industry will slowly get back on track. But, besides the usual business aviation clientele, Jung Sky team expects more people could explore this type of travelling in the near future, primarily due to smaller health risks and more personalized and individual service.

“It’s no secret business aviation is specific in regard to minimizing the epidemiological risk. It’s something the BA community has talked about from the beginning of this crisis and now, seeing how the countries started to ease off restrictions, we think it’s an important factor that should be emphasized as much as possible. Tourist communities all over the world are expecting a big hit on their incomes, so the focus must be on the type of experiences tourists will seek this year, as well as the profile of tourists the countries should expect. Here we see a connection between business aviation and nautical tourism or for example private and isolated accommodation, isolated luxury villas etc.” 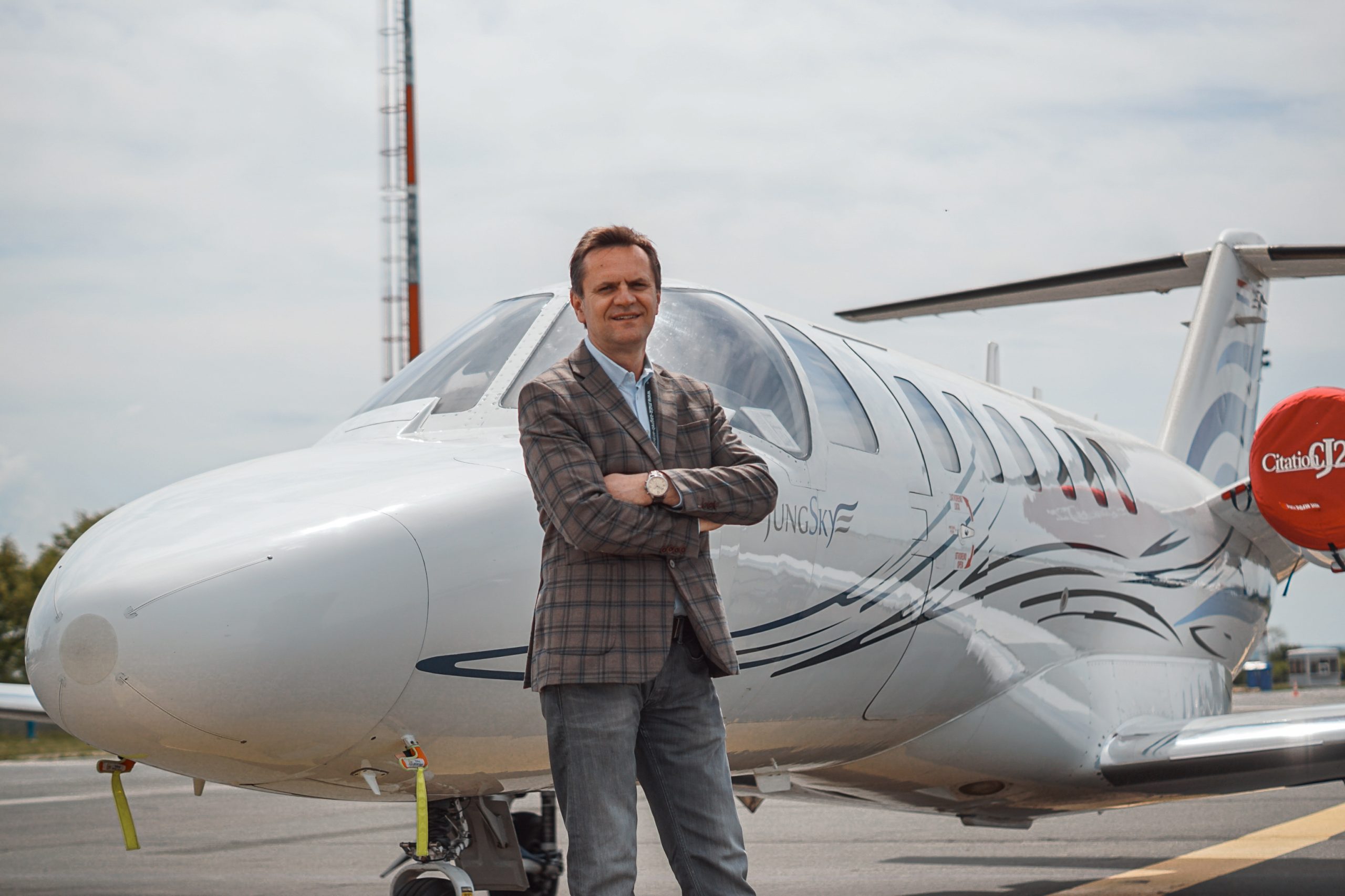 For business aviation operators, it is well known that Mediterranean destinations gain in popularity during spring and summer. Meanwhile, Jung Sky’s base country Croatia has been branded as a nation that has dealt with Covid-19 very well, recently also recognized by Bild, a daily paper with the highest circulation in Germany, stirring the rumors German tourists could prefer Croatia during summer vacations.

“It’s up to the Governments to decide what’s best for their countries, but nautical tourism and isolated luxury accommodation have great economic potential which can be fully utilized during these harsh times. There is no doubt tourist destinations are preparing themselves for a smaller number of tourists this year, but among them, high-paying guests will probably be the dominant group. But how are we going to ensure these people get to their desired destinations? Air travel is one of the most affected industries in this crisis and it is highly questionable which commercial routes tourists will be able to rely on. Organizing a trip from point A to point B will be a great challenge. People will certainly take into consideration the alternatives to large gatherings at airports and closed spaces, as well as taking the roadways packed with vehicles and traffic. The demand for BA operators could be much stronger than usual”, Vlasic concludes. 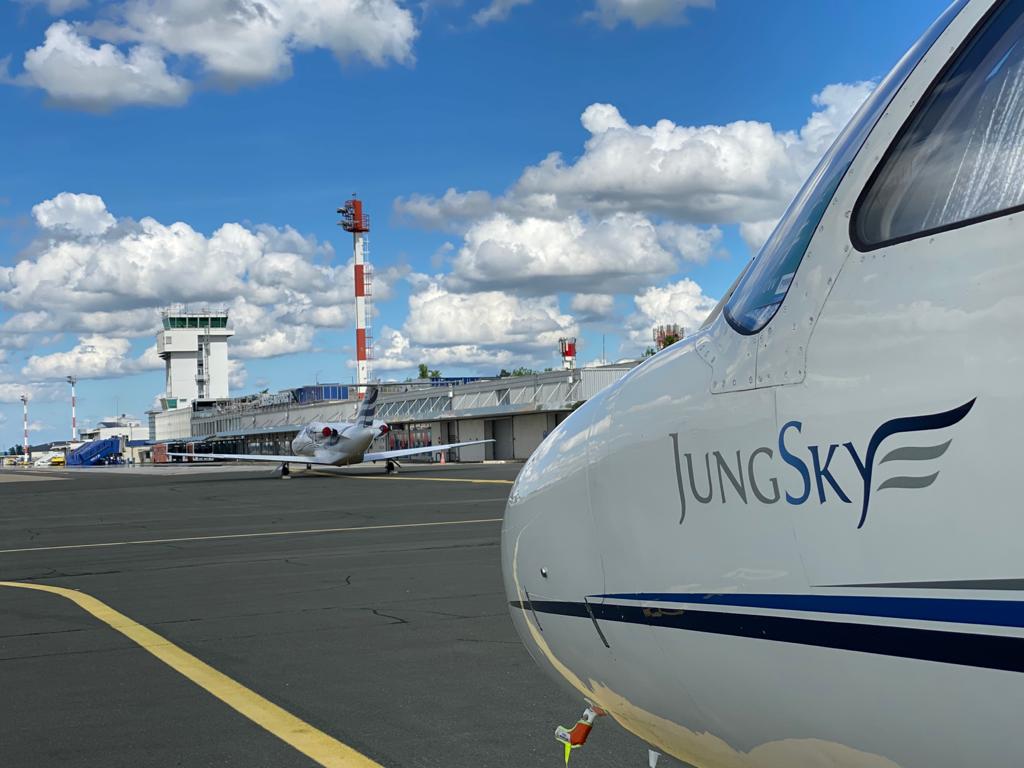