Iconic British music magazine NME has named Croatia’s INmusic Festival on the list of the 20 festivals to look forward to in 2022.

INmusic makes the list which includes some of the largest and most famous music festivals in the world such as Glastonbury, Coachella, Reading & Leeds, Primavera Sound and Sziget Festival.

Since its first edition in 2006, INmusic has hosted over 430 bands from 37 countries and given the local audience more than 500 concert performances, many of which were premieres in Croatia.

Some of the bands and artists to grace INmusic over the past 14 editions so far include Kings Of Leon, Nick Cave and The Bad Seeds, Arctic Monkeys, The Cure, Florence + The Machine, Arcade Fire, PJ Harvey, Queens Of The Stone Age, Jamiroquai, New Order, Pixies, The Prodigy, The Black Keys, and hundreds more, INmusic said.

The long-awaited 15th edition of the INmusic Festival in Croatia, which will take place from 20-23 June, premieres performances by The Killers with the always eager return of local and international audience favourites Nick Cave & The Bad Seeds and performances by some of today’s most attractive bands – Deftones, Kasabian, Royal Blood, IDLES, White Lies, Fontaines DC, The Comet is Coming and many others. 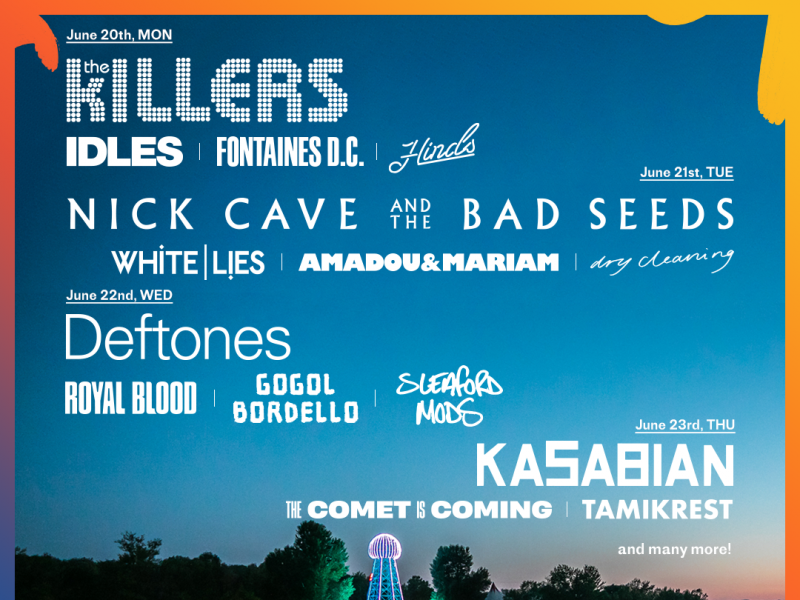 “The quality and attractiveness of INmusic has been recognised by numerous international audiences, so a record number of festival tourists is expected for the 15th edition of INmusic, which is estimated to generate at least HRK 50 million during their stay in Zagreb and Croatia,” organisers saiid.

More details about this year’s INmusic Festival can be found on their website.