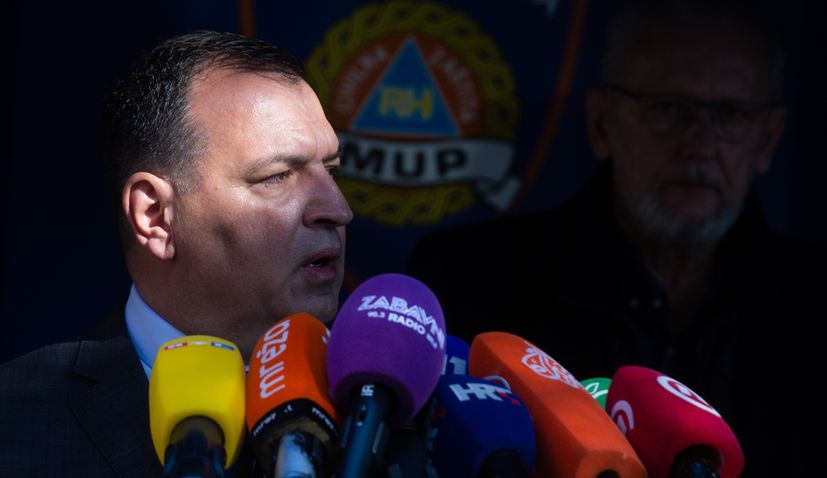 ZAGREB, June 22 (Hina) – The epidemiological situation in the coastal city of Zadar has not deteriorated significantly but what happened at the tennis tournament is a big warning, Health Minister Vili Beros said after visiting Zadar General Hospital on Monday.

He said he had come to express his support to the hospital staff who had promptly responded to the emergence of new cases of coronavirus infection at the Adria Tour tennis tournament. He called on organisers of similar events to be aware of their responsibility, saying that what happened at the tournament was a big warning.

“This situation was not unexpected, and the response by the epidemiological service was of crucial importance. What happened is the normality of the new normal, and our healthcare and epidemiological system is prepared. We expected such occurrences and we have a host of possible responses,” Beros told the press, adding that no additional epidemiological measures were needed at the moment.

He said that the epidemiological service is well organised and that 47 people have been placed in self-isolation so far.

Twenty-nine people attending the tournament were tested on Sunday and three of them have turned out to be positive for the novel COVID-19 coronavirus. More testing was done on Monday – 13 people tested in the morning have returned negative results, results for a group of 14 people tested are expected at 3pm and results for another 40 people should be completed by 7pm,

Beros stressed that “the virus is still around us”, underlining the need for keeping a physical distance, avoiding contacts and maintaining hygiene.

“That wasn’t done in this particular case, so I call on organisers of such events to strictly adhere to the measures in place. This is no longer a recommendation but an obligation,” the health minister said.