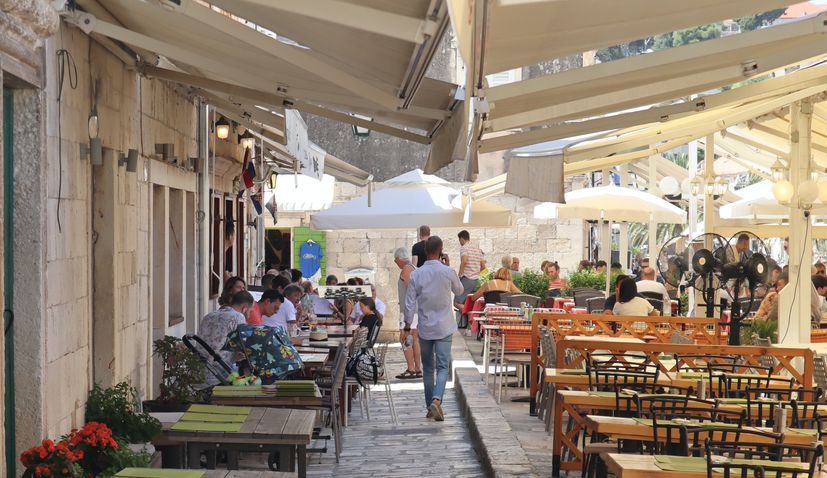 ZAGREB, Aug 28 (Hina) – Croatia’s economy in the second quarter of 2020 contracted by a record high of 15.1% compared to the same period last year, this being its biggest fall since Croatia started collecting data on GDP, caused by the coronavirus crisis.

The State Bureau of Statistics (DZS) released its initial estimates on Friday according to which GDP in the second quarter fell by 15.1% on the year, falling for the first time since mid-2014.

This is also the greatest fall since 1995 when the DZS started collecting data on GDP. Until now, the highest ever drop in GDP was recorded in Q1 2009, at the start of the global financial crisis.

The fall in GDP in Q2 this year is greater than analysts had expected.

Six analysts polled by Hina expected GDP to drop on the year by an average of 13.9%, with their estimates ranging from 12% to 17%.

The sharp decline in the economy in the second quarter is the consequence of the coronavirus pandemic and restrictive measures introduced to curb the pandemic, which paralysed commercial activities from mid-March until the end of April.

Due to the pandemic, a sharp fall was recorded in personal consumption.

Gross investments in fixed capital contracted by 14.7% year on year.

The export of commodities and services sunk by 40.6%.

State spending however increased in Q2 by 0.7% on the year.

These figures are poorer than the European Union average. According to Eurostat data, GDP in the EU fell by 11.7% compared to Q1 and by 14.1% on the year.

DZS said that due to the circumstances related to the coronavirus crisis, some data may not be precise.

“Difficulties in gauging economic growth, particularly in service activities, might result in a potentially greater revision of GDP figures for the quarter,” DZS said.