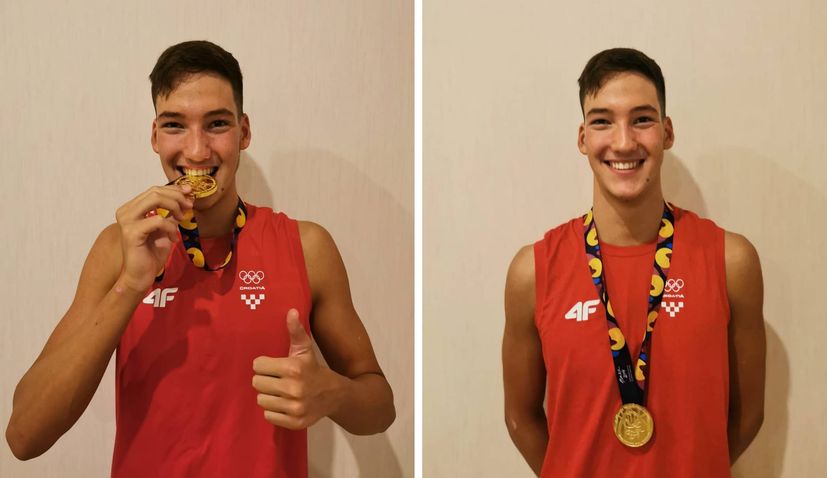 The 16-year-old from Split on Croatia’s Dalmatian coast won the final in style, setting a new world record when he finished in a time of 14:46.09 minutes. The result was an amazing 10.46 seconds faster than his previous best. He broke the old world junior record by more than 5 and a half seconds.

The world senior record for that distance is 14:31:02 and Grgic is confident that he will have the chance to break that in the future.

To show how dominant Grgic was in the final, silver medal winner, Thomas Neill from Australia, finished in a time of 13.10 seconds. The Croatian was 19.08 seconds faster than the third place finisher Ilia Sibirtsev from Russia.

Grgic won the 800 metre final on Friday in a time of 7:45.92 minutes, which was a new Croatian record. Grgic overtook the previous national record of 7:51.78 held by Marin Mogic.

Grgic is definitely a name of the future in swimming and fans may get to see him make some waves at the 2020 Olympic Games in Tokyo. Check out footage from the race below.