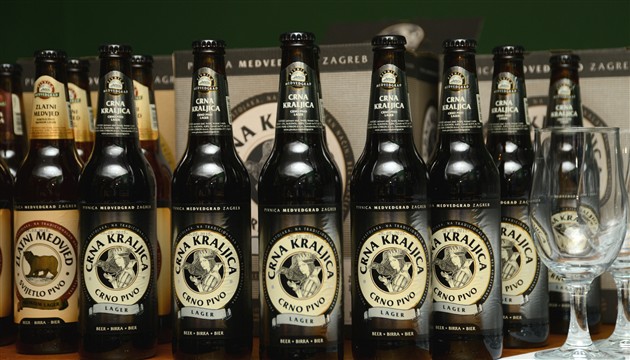 Croatia’s oldest microbrewery celebrates its 20th anniversary this year, and to mark the occasion they have just launched two new products on the market…

“Our aim was to start with beers which had no competition on the market, which were Dva klasa (Croatia’s first wheat beer), and Grička vještica, which was Croatia’s strongest beer at 7.5%. The reaction has been excellent and that is why we decided to start bottling our other beers,” Pivnica Medvedgrad Sales Manager Ivan Nauković said.

Pivnica Medvedgrad, who also operate beer halls in Zagreb (Ilica, Adžijina, Tkalčićeva & Samoborska streets) and Mokrice (Oroslavje), will celebrate their 20th birthday with their customers. From 1 – 8 December there will a 20% discount on all beers and some bar snacks on the house. On 4 December the bar on Ilica will host a massive party.

To find out more about Croatia’s first microbrewery and latest deals you can visit their website or Facebook page.