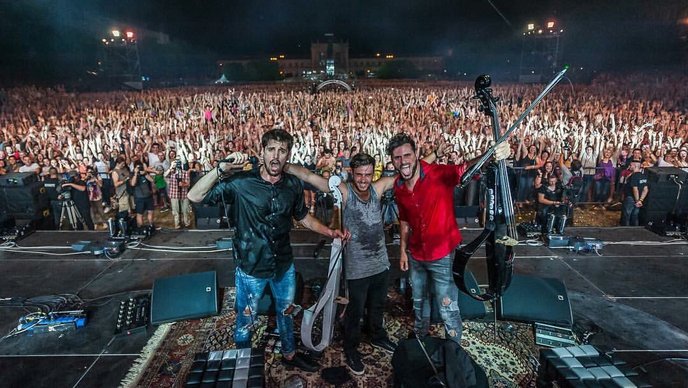 Famous Croatian musicians 2CELLOS have been invited to perform at Donald Trump’s inauguration as President of the United States this month.

Daily Jutarnji list reports that the management of cello duo Luka Šulić and Stjepan Hauser received the invitation to perform at the United States presidential inauguration which will take place on 20 January in Washington, DC.

The cello maestros, whose renditions of hits like ‘Smooth Criminal’ #Wake me Up’ and ‘Thunderstruck’ and have been global hits, have had to turn the Trump team down, citing earlier commitments and a busy schedule.

2Cello’s with Lang Lang in China

Šulić and Hauser, who performed at the FIFA Ballon d’Or Gala last year, have just finished touring Australia where they played to sold-out venues across the country.

Jackie Evancho, The Radio City Rockettes and UK singer Rebecca Ferguson are just some of those reportedly performing at the inauguration.