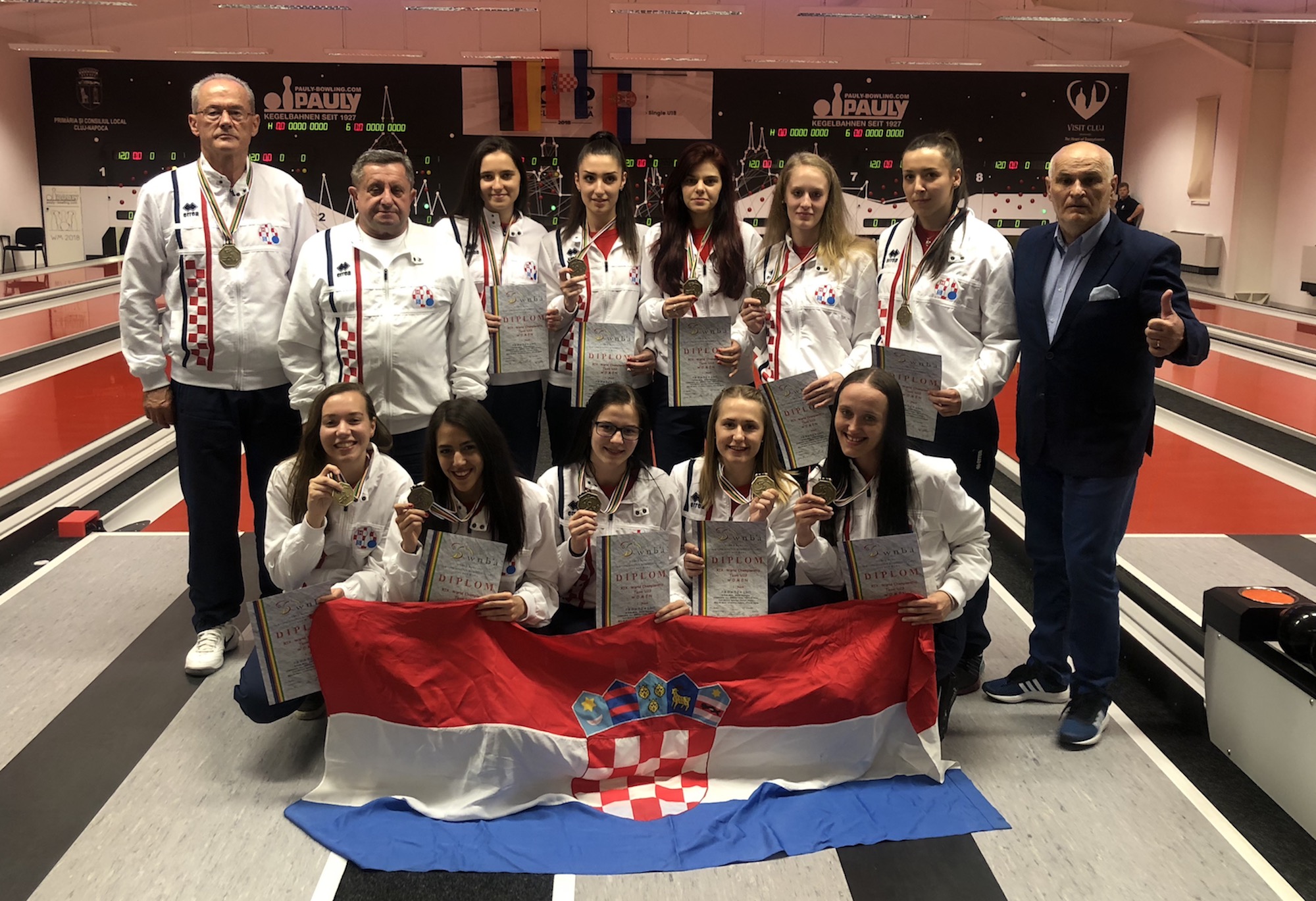 The Croatian U-23 women’s team are the new world ninepin bowling champions. The Croatian team was victorious at the XIX World Ninepin Bowling Championships which was held this week in Romania.

For Croatia, Ana Jambrović opened the championship in fantastic form with a score of 642. Mirna Bosak (615 pins) and Ivana Juričić (592 pins) then helped Croatia take the first spot in the middle of the competition.

In the second part of the competition, Klara Sedla knocked down 551 pins and Valentina Pavlaković took down 547 pins to put Croatia in a strong position. Gold was cemented when Milana Pavlic scored 606.

Croatia took gold with a total of 3553 pins, ahead of Germany who took silver with 3482 pins.

Ana, Mirna, Ivana and Milana will also take part in the individual final of the World Championship on Sunday.