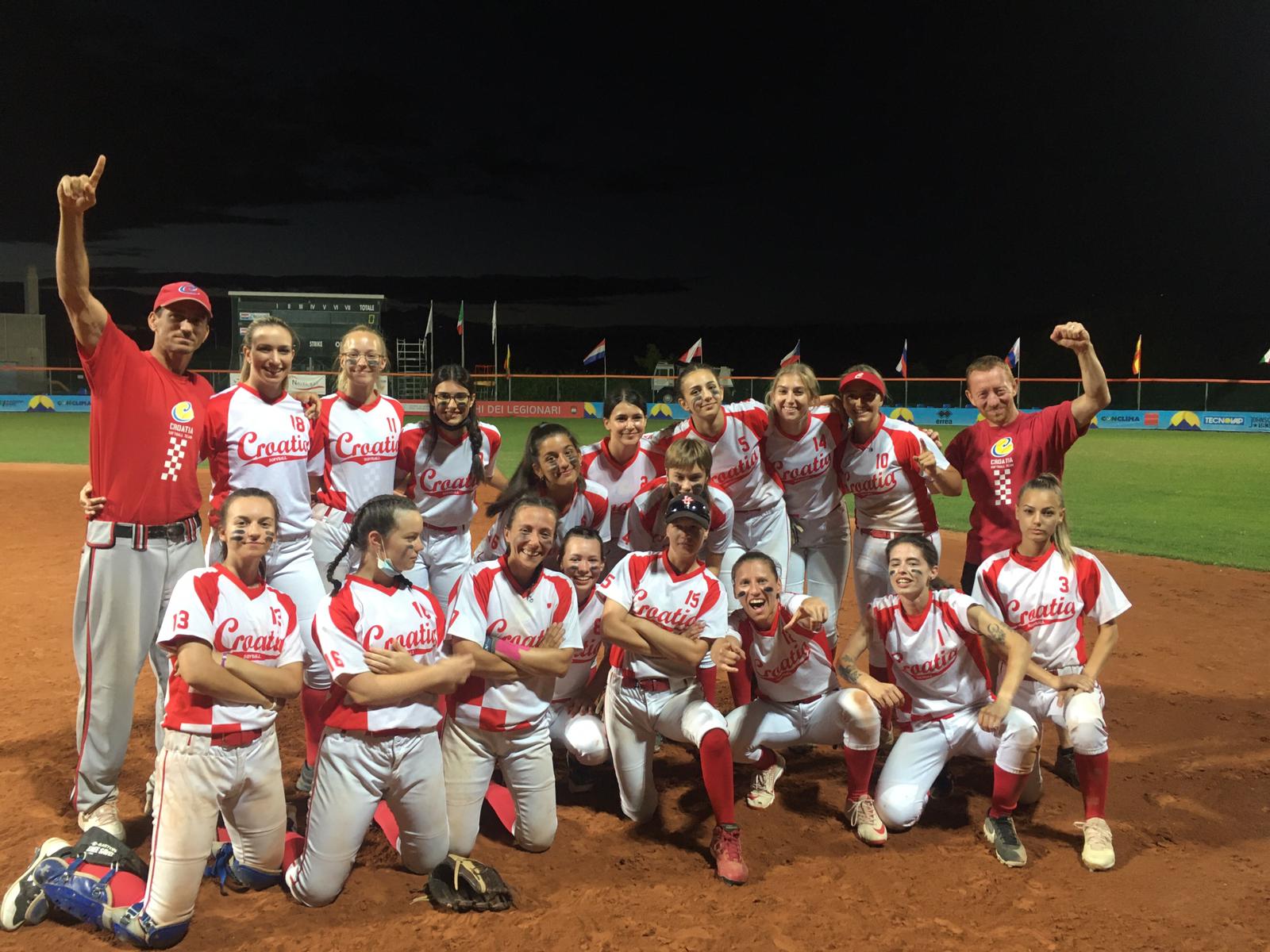 The Croatian team at the European Championships in Italy

The Croatian women’s softball team has finished in the top 10 in Europe for the first time in history.

Croatia lost their opening match at the championships to Israel, before beating Denmark 3:2 to finish third in their group.

In the second round, the Croatians recorded victories over Slovakia (2:1) and Austria (1:0) before going down to Bulgaria (9:3) to finish top of the group. 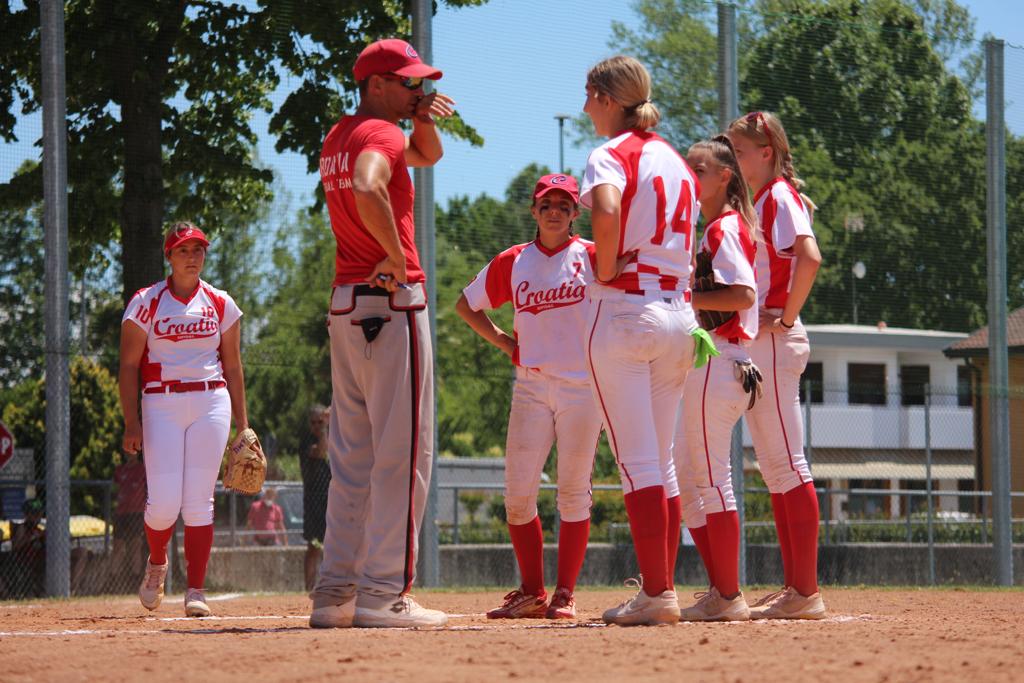 Croatia met Poland in the match for 9th place and lost a close match 1:0 after an extra innings.

Pitcher Marina Vitalich was impressive for Croatia, ending the tournament with 61 strike outs and and ERA 0.64 to place her 2nd in the strike out rankings below Veronika Peckova from the Czech Republic, who pitched professionally in Japan. 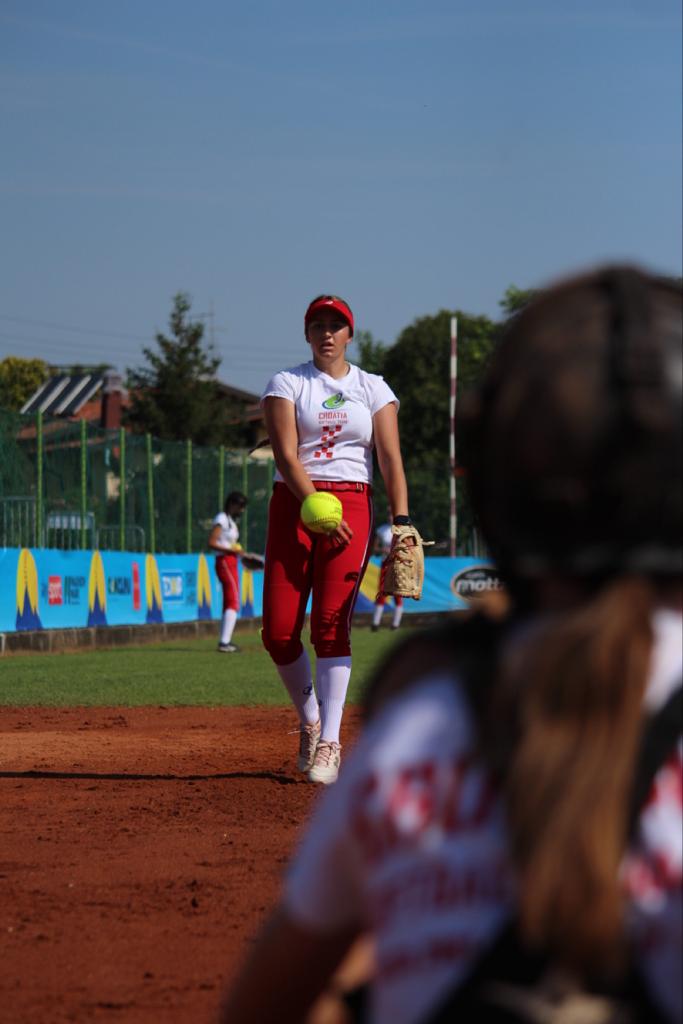 “Catcher Tihana Hrzenjak, who is only 16, was a great help to Marina. That was her first tournament for the women’s national team and she was great. She had fielding of 1.000, caught 2 opponents stealing and 68 put outs. Our best hitters were Rita Despot with an average of .286 and 1 home run, Addison Kostrencich with an average of .278 and Mihaela Perisa with .250;” coach Damir Mandic said. 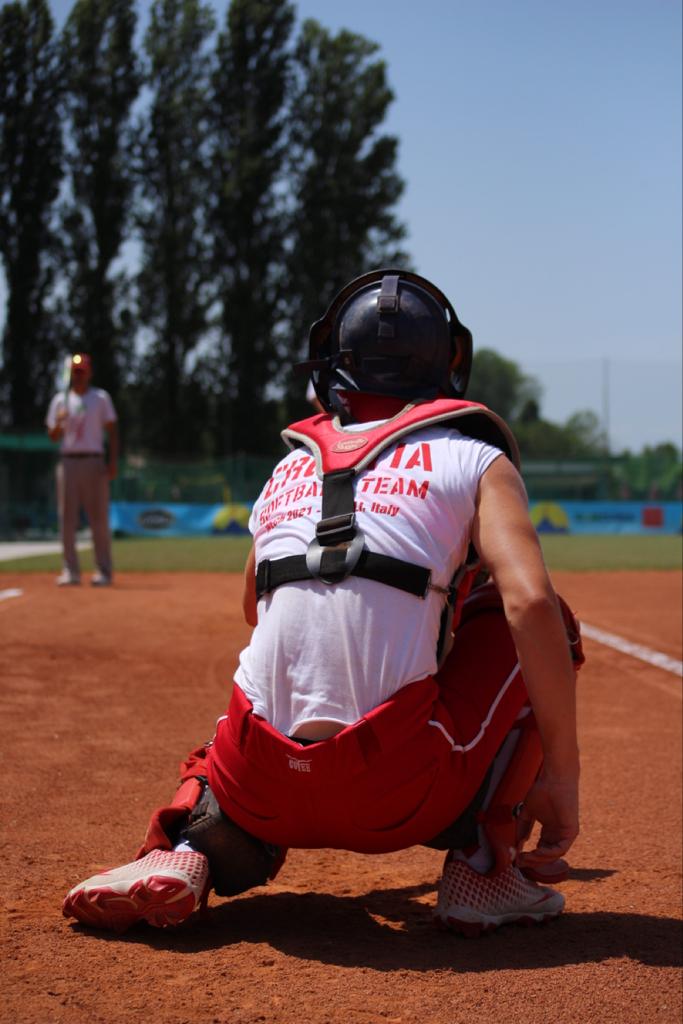 Croatia’s most important wins were against Slovakia and first the time in history against Austria.

“Vitalich done an amazing job in the pitching circle in both games,” Mandic added. “In the game for the 9th place, Vitalich held Poland to 0 runs for the whole game until the extra innings. We were so close to score in a few innings but some base running mistakes, failing to put the bunt down and move runners, and struggling to have some hits, kept us from scoring. We struggled the whole tournament batting, but our pitching was amazing and defence were backing up pitchers:” 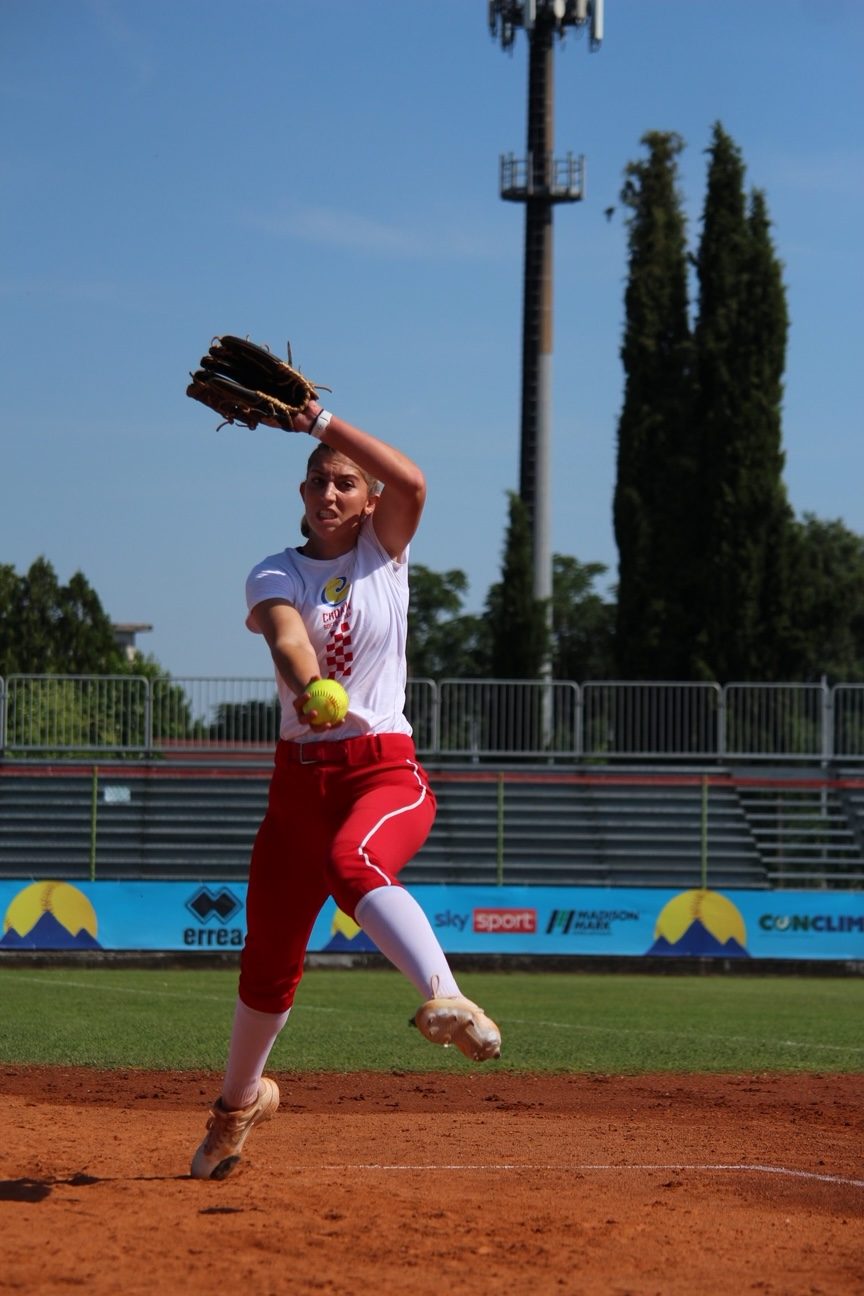 Croatia finished 17th at the last European Championships so this is a big improvement for the team. 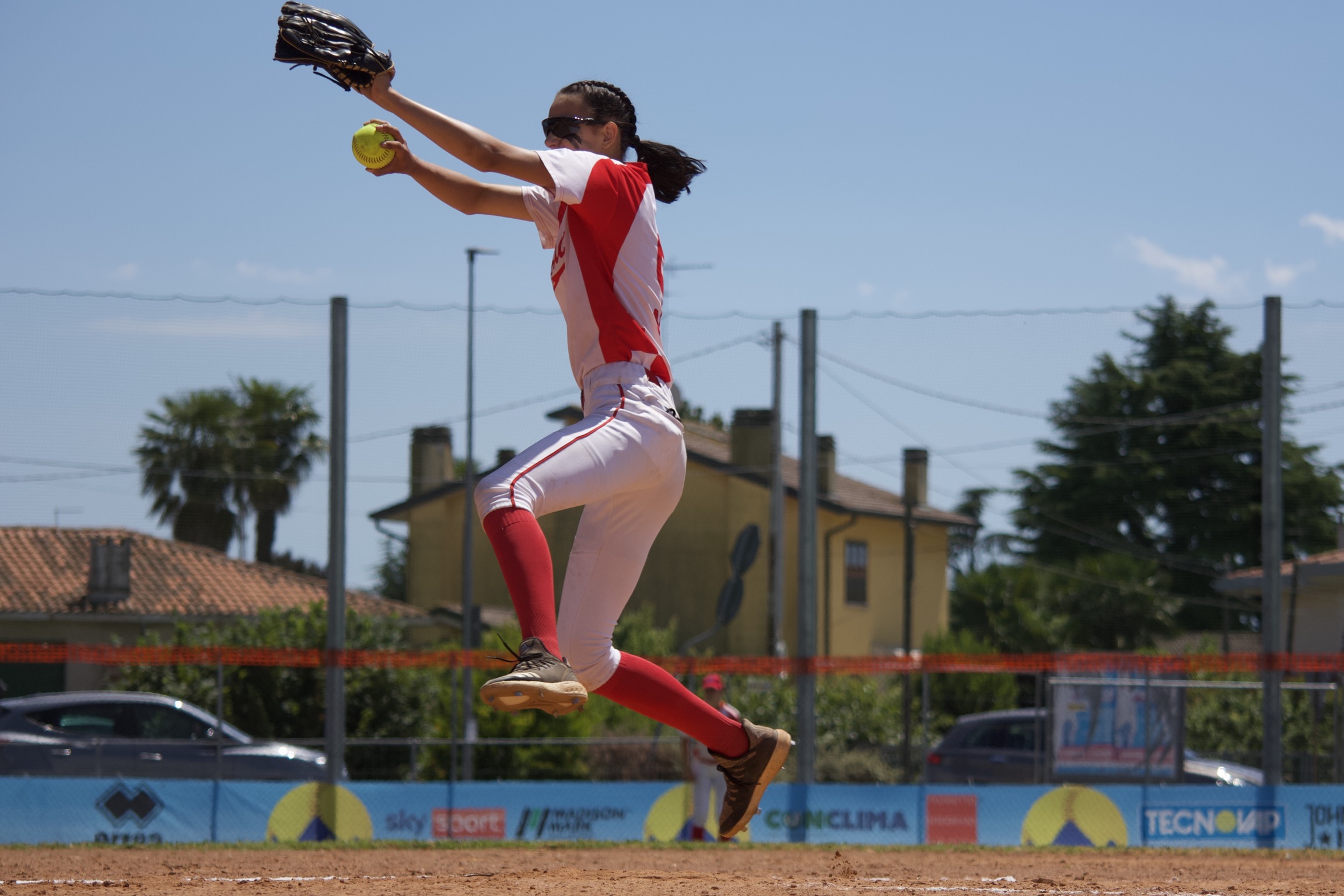 “Knowing that 12 from 17 players were under 20 years old, there is a bright future for this team, if they will continue to work and stay together. They did an amazing job fighting much more experienced teams. And the team spirit was high from the first day to the last day,” Mandic concluded. 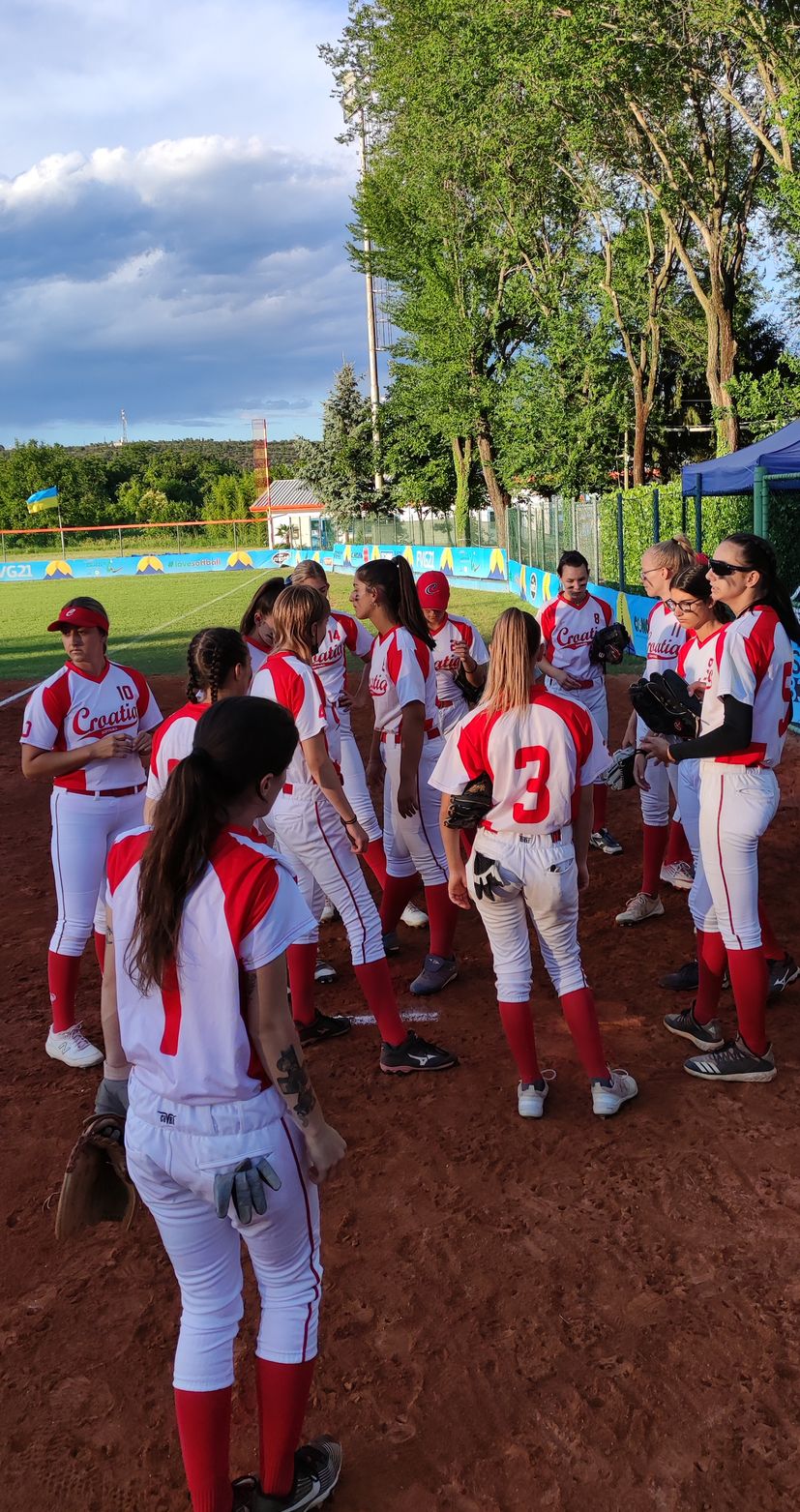 The Croatian team were in high spirit all tournament 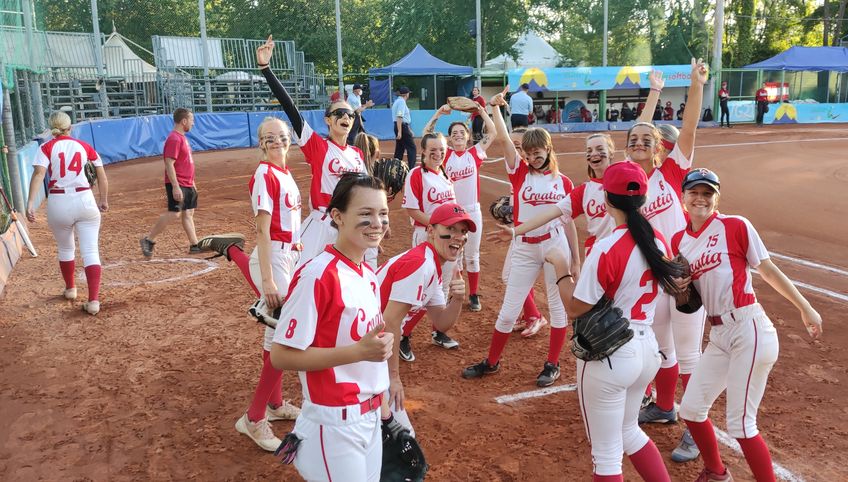 Croatia was one of the youngest teams in Italy 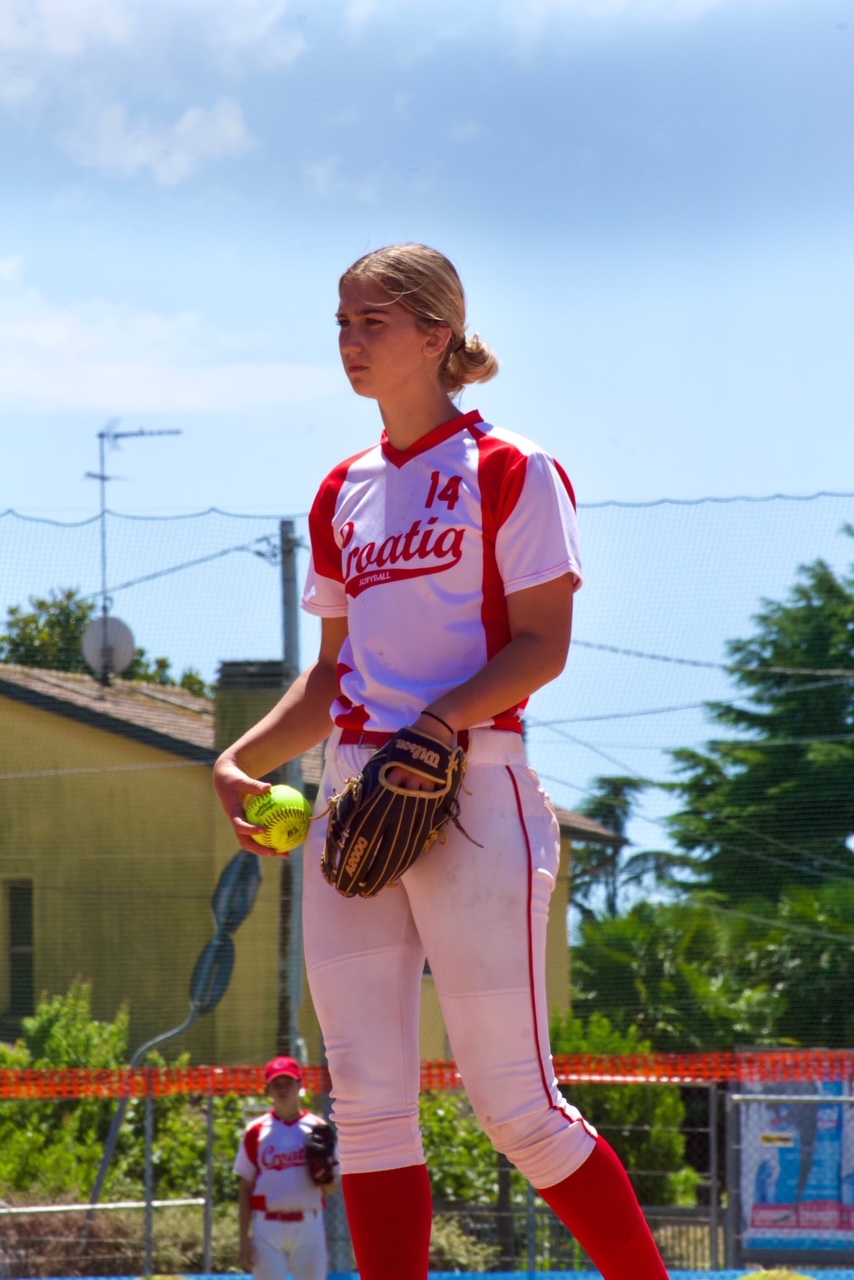 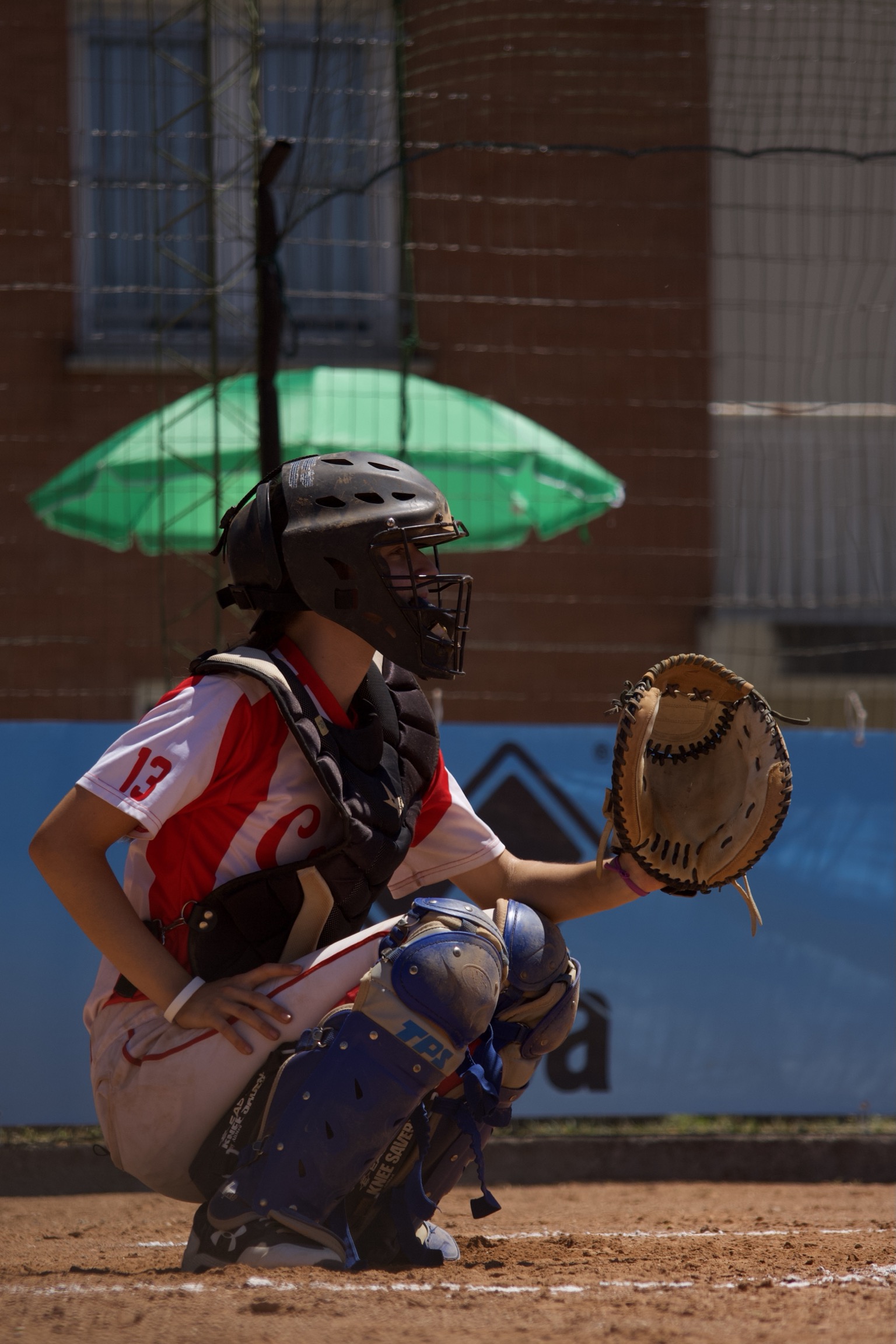 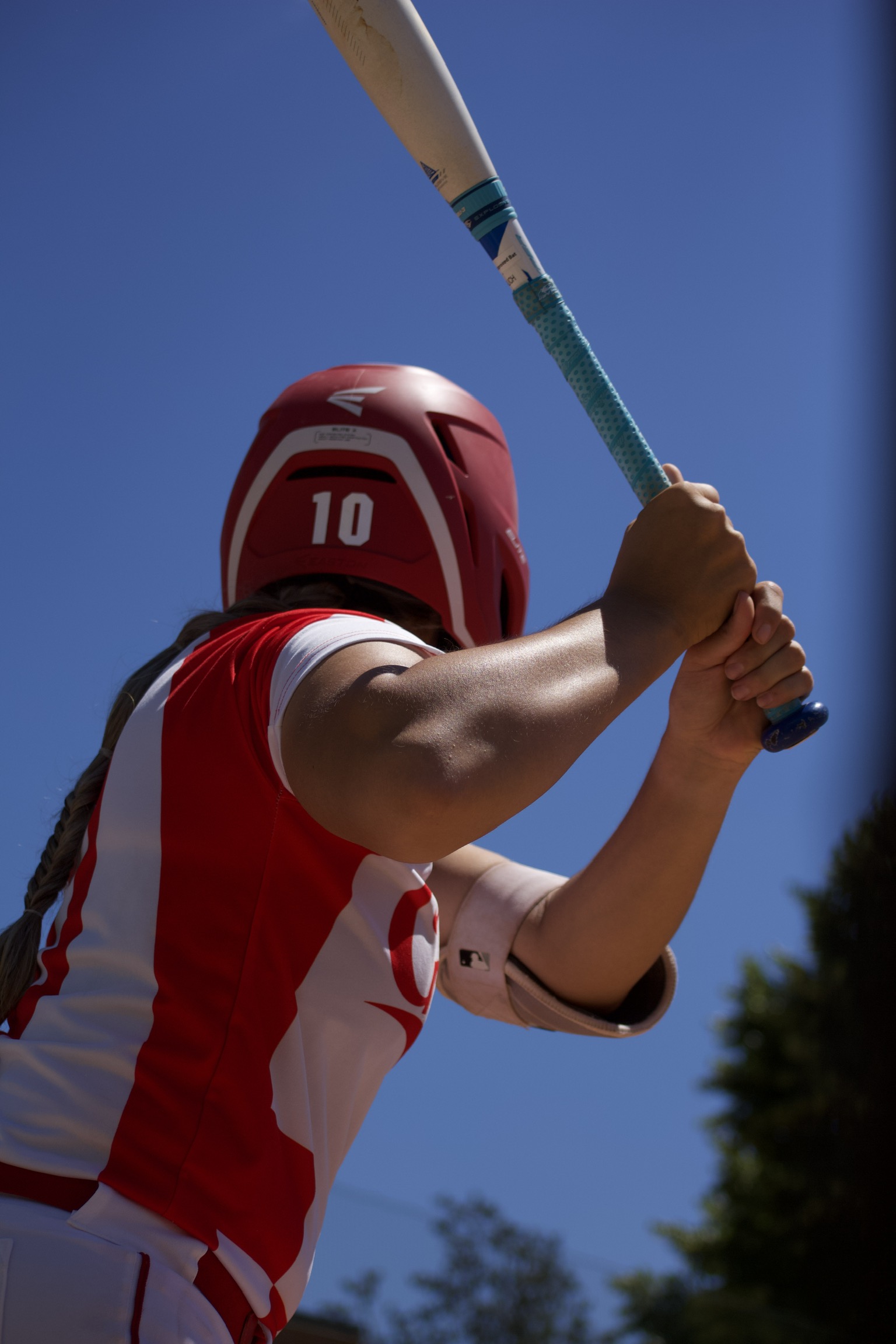 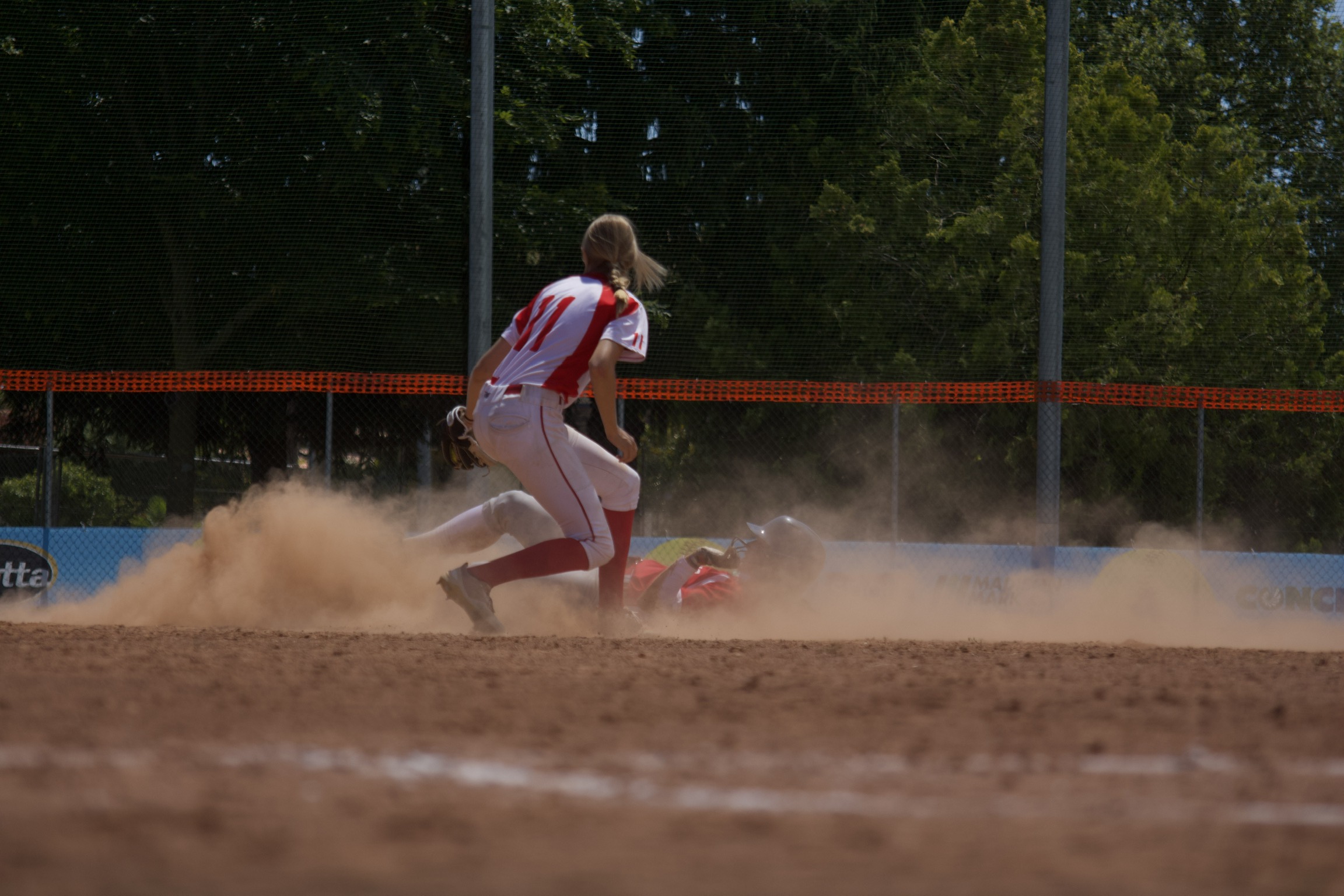 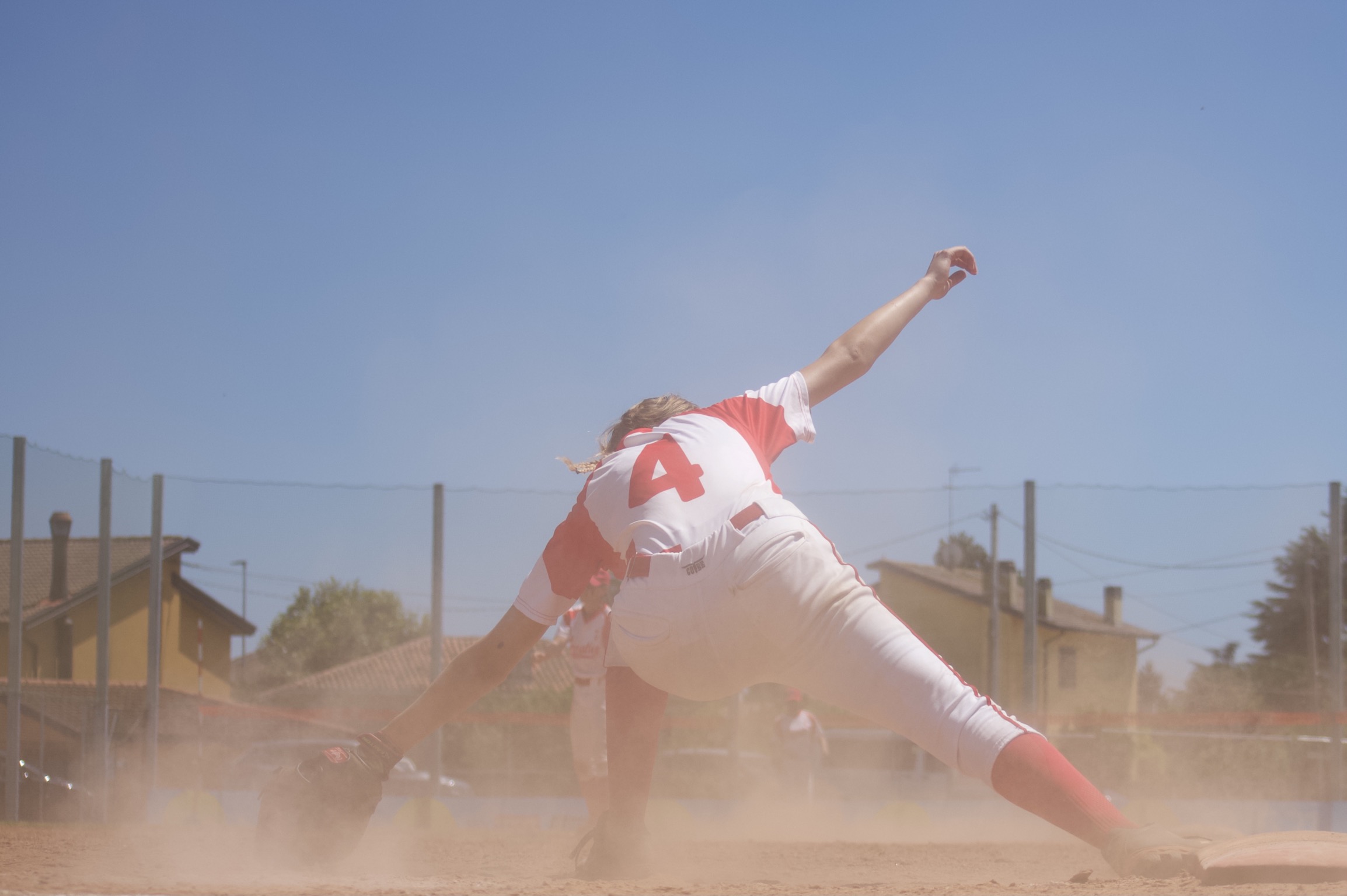