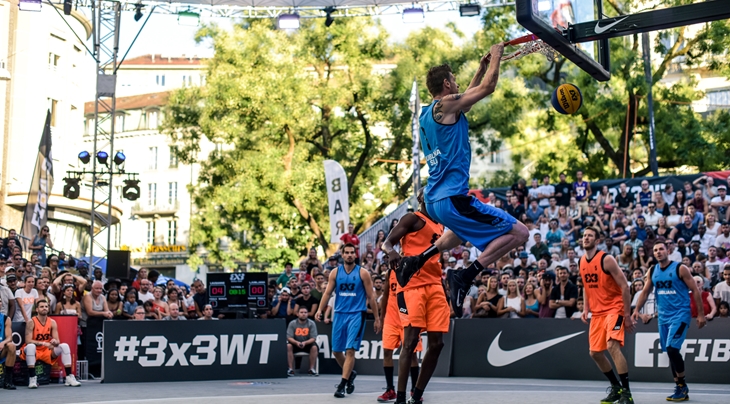 Lipik becomes one of 14 towns in the world with Challenger status, The others are Moscow, Bucharest, Sao Pauolo, Singapore, Buenos Aires, Abidjan, Copenhagen, Tallinn, Sibiu, Penang, Lugano and Chengdu.

The Challenger in Lipil will feature 16 of the best street basketball teams in the world, with the top wo teams wining participation at the World Tour Masters in Prague. Lipik will be gearing up for the event with basketball-related happenings in the town the week leading up to it. There will be kids coaching, concerts, parties and other activities planned.

3×3 basketball is an initiative by FIBA to help make basketball a more versatile sport. The match is played on a half court and every rule applies, as well as a 12-second shot clock and clearance needed on a new possession. 3×3 Basketball has been responded to well by the international basketball community and there has even been talk of the possibility of 3×3 Basketball being an Olympic Event.

The event will be organised by Street Ball Lipik in cooperation with the Croatian Basketball Federation, Croatian Olympic Committee, Lipik Council and the Drazen Petrovic Museum – Memorial center.