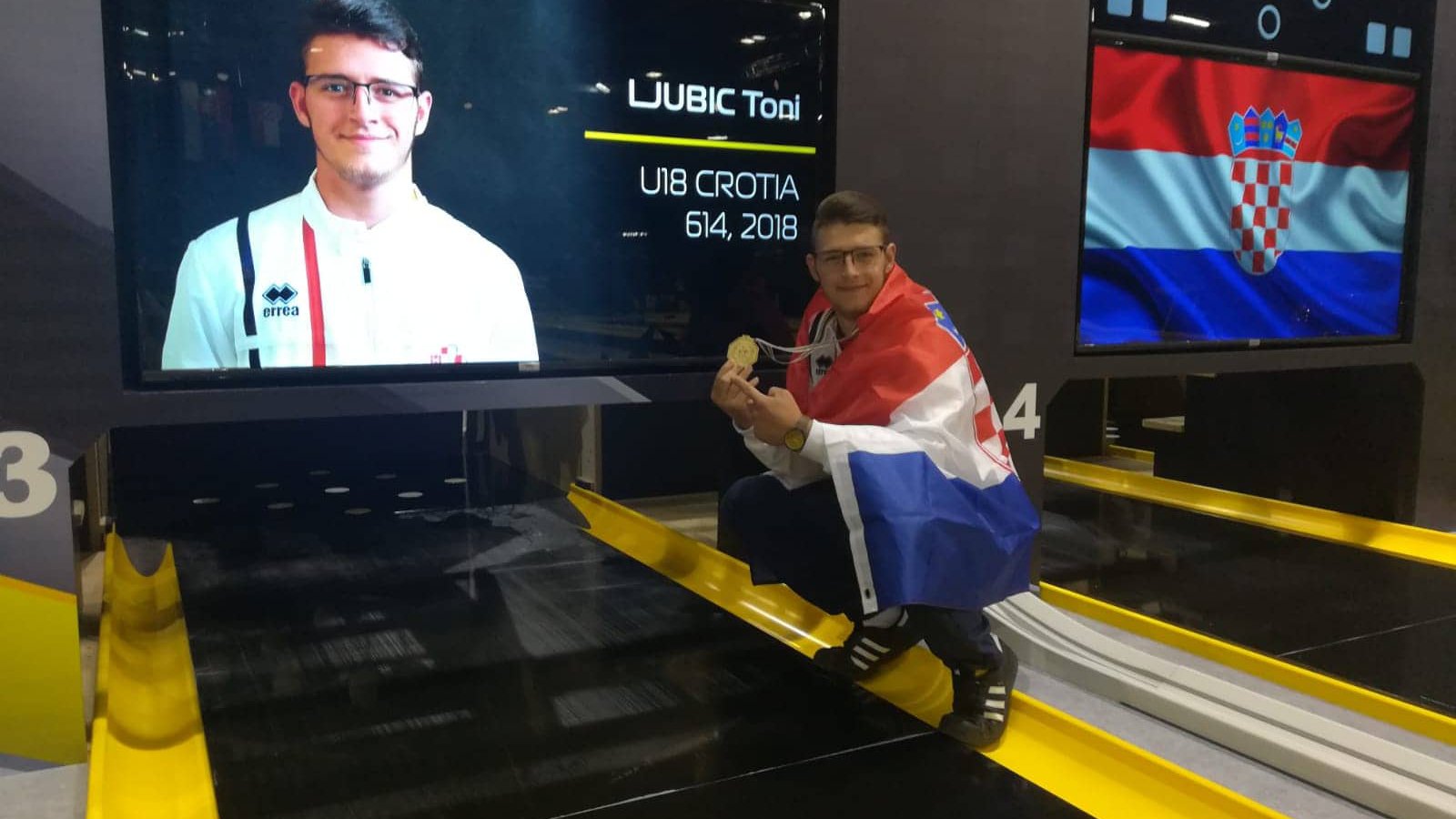 27 May 2019 – Croatia’s Toni Ljubić is the best junior 9-pin bowler in the world after winning the gold medal in the sprint category at the 2019 U18 nine-pin bowling World Championships which was held in Rokycany, Czech Republic.

Ljubić, who is from Zabok in northwest Croatia and is a member of the Zabok bowling club, beat Slovakia’s Filip Banik in the final 2-0 to win gold and become world champion.

Earlier, Ljubić beat bowlers from Italy, Czech Republic and Hungary before getting past Germany’s Moritz Walz in the semi final.

Tears of joy rolled down the teenager’s face as the Croatian national anthem played during the medal ceremony. 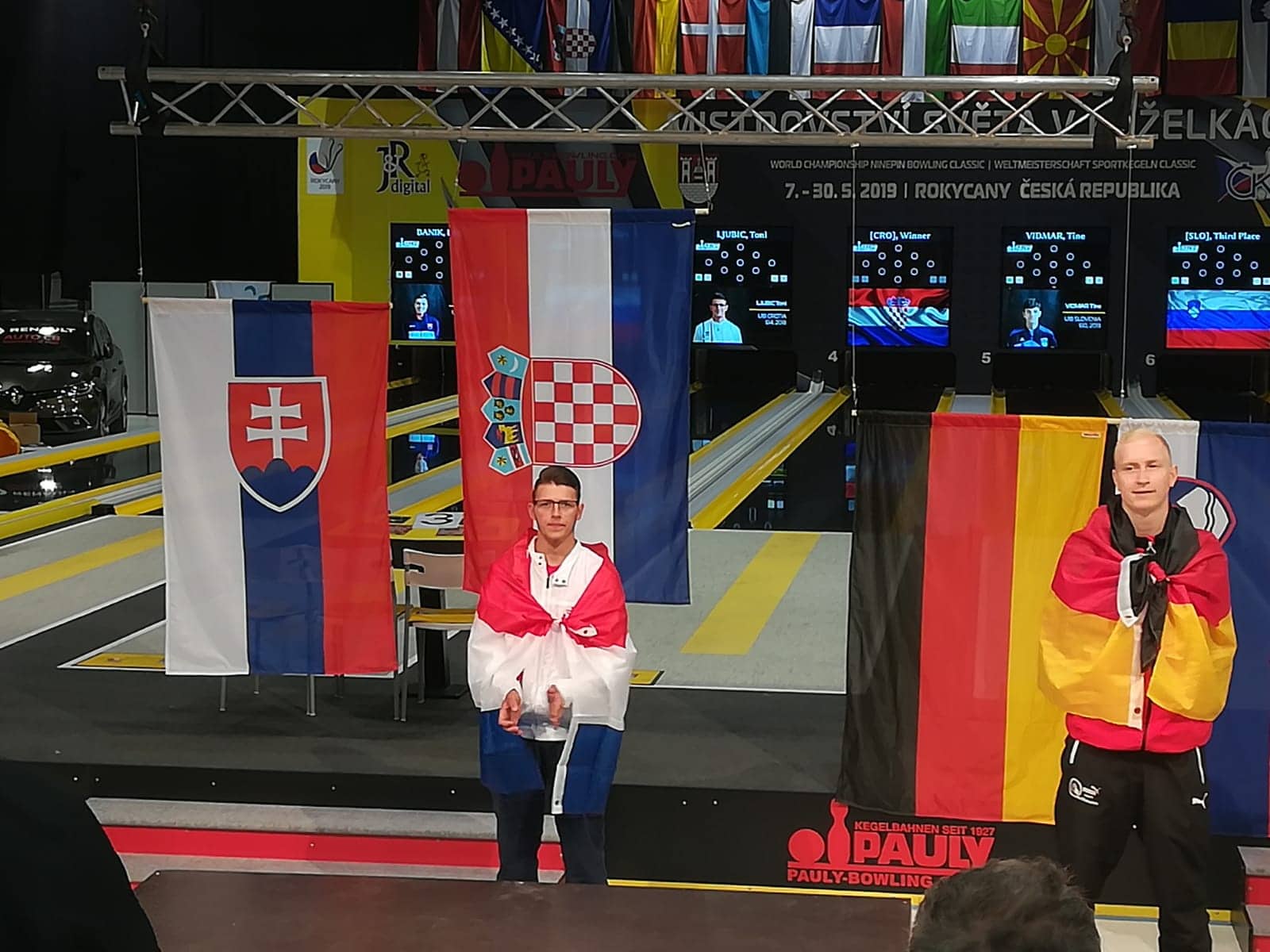 “I can not describe the feeling. My hands were shaking so much that I couldn’t sign the card. This proved that all my efforts, all the training and the competition these years had paid off,” Toni said, before adding.

I want to thank the Zabok bowling club, Croatian bowling federation coach Zdenko Sušac and of course to my whole family who funds, supports and drives me to all my competitions.”

Toni has been bowling since 2010 and was part of the Croatian junior team at the championships in Rokycany.

The Croatian women’s team were in Rokycany on the weekend for the 2019 nine-pin bowling World Championships and they also picked up gold.