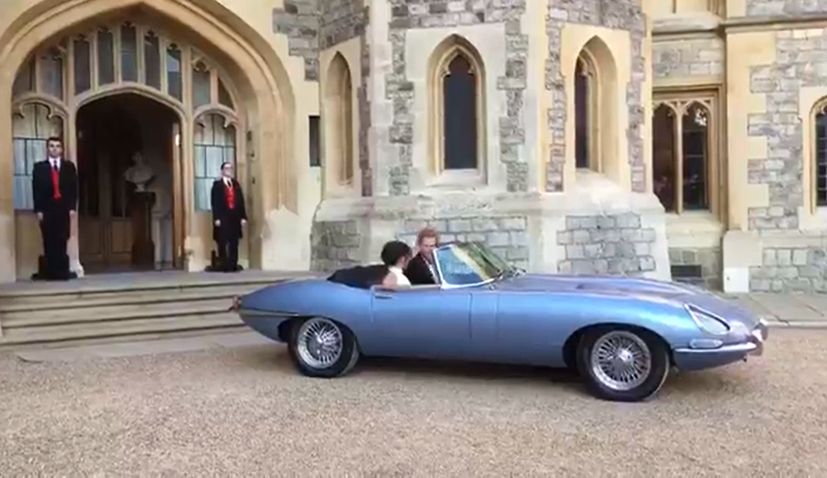 Saturday’s Royal wedding did not go past without some form of Croatian connection.

Prince Harry and Meghan Markle travelled to the Frogmore House after-party in a silver Jaguar E-Type Concept Zero – a modern electric car based on the 1968 British classic – which was developed in collaboration with Croatian firm Rimac automobili.

‘Made in Sveta Nedelja’ – Mate Rimac, CEO of Sveta Nedelja-based Rimac Automobili posted on Facebook after pictures of the newlyweds getting into the car spread around the world.

The Duke and Duchess of Sussex depart Windsor Castle for a reception hosted by The Prince of Wales at Frogmore House, in a silver blue Jaguar E-Type Concept Zero. This vehicle was originally manufactured in 1968, and has since been converted to electric power #RoyalWedding pic.twitter.com/hRrxEUlFlJ

Rimac worked with Jaguar Land Rover to develop the powertrain in the Jaguar which can hit 60mph in just 5.5 seconds and boasts a specially made 220kW engine.

“Our Classic Works operation built this car and engineered it in conjunction with Rimac in Croatia for some of the electrical expertise,” Jaguar Land Rover’s Mike Goodbun said in an earlier interview with YouTube channel Fully Charged.

“We supplied them a brief and worked with them to develop this driveline in a way that meets our intentions for the reversibility of the conversion. It gives the performance that we needed to give and builds the best of both with our experience with the classic cars and their experience with the electrification technology.” Rimac has a history of working with leading car manufacturers to develop electrification technology, including Aston Martin and Renault.

Rimac recently unveiled his new C_Two which was named the world’s No.1 most powerful sports car by leading car magazine Auto Bild.