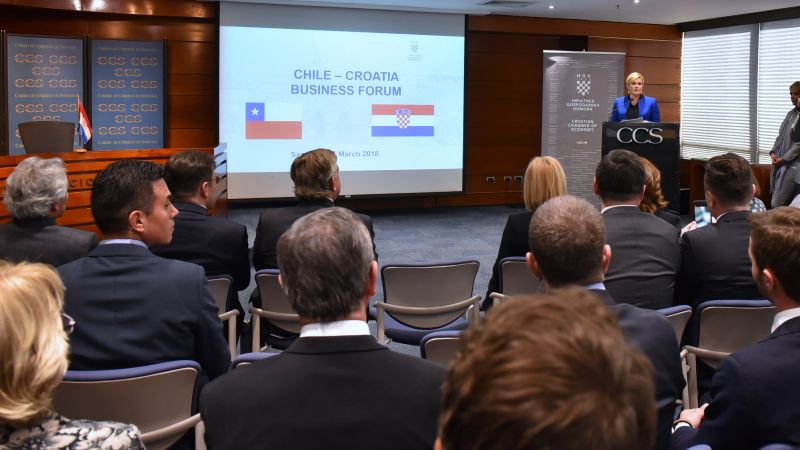 The Official Visit of the President of the Republic of Croatia Kolinda Grabar-Kitarović started to the Republic of Chile began with her participation at the Economic Forum in Santiago de Chile. Representatives of fifteen Croatian companies were members of the Croatian delegation participating in the Economic Forum confirming their interest to explore new business opportunities and establish new economic partnerships.

In her greeting to the businessmen gathered at the Economic Forum, President Grabar-Kitarović expressed her strong desire and the decisive will of the Republic of Croatian to create closer ties with the Republic of Chile. We want to support the mutually beneficial interests of both countries, their stable development and the interests and aspirations of our peoples for a better life and progress, she added. 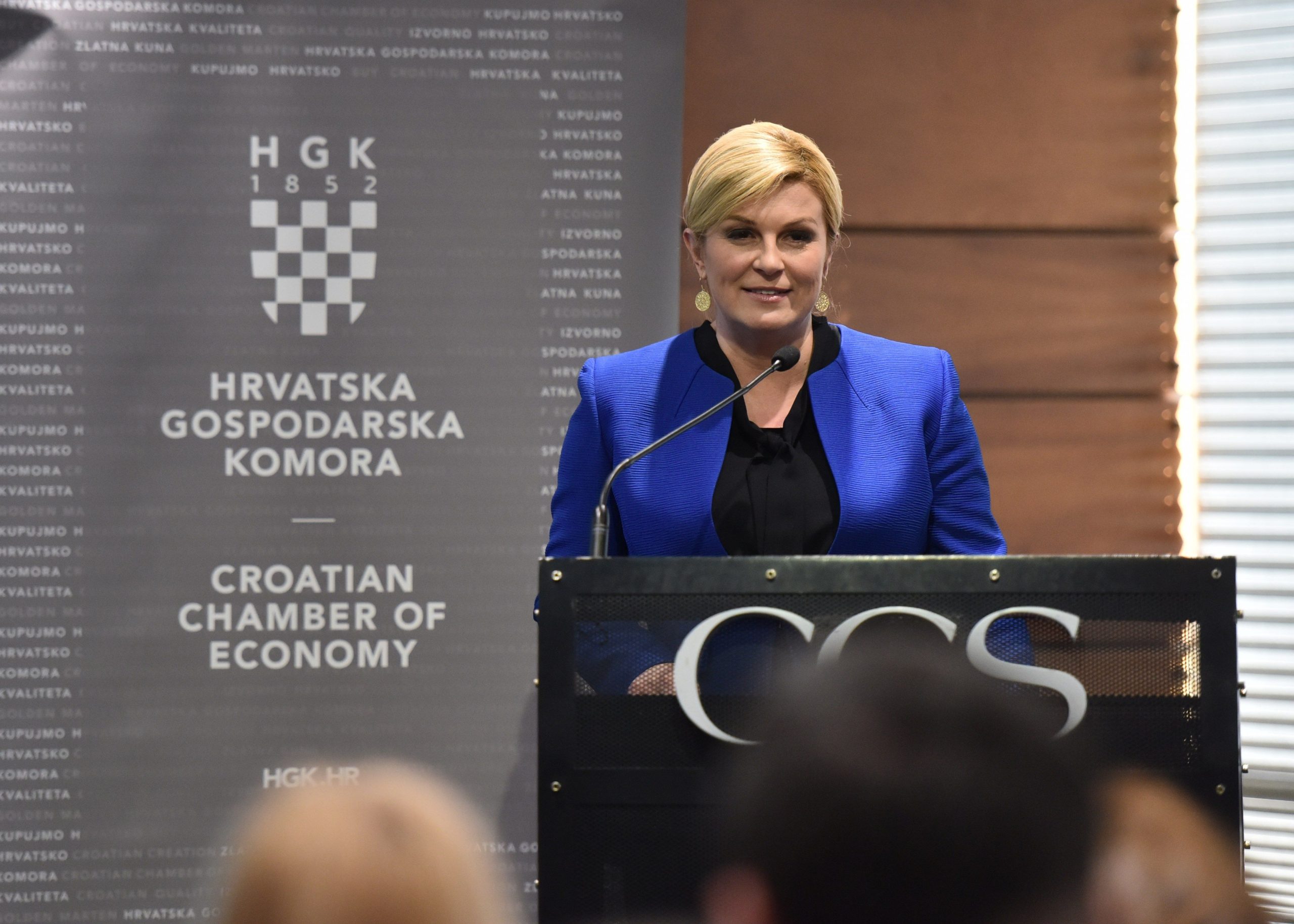 The President also confirmed good and friendly relations between Croatia and Chile, with no open issues. Highlighting the deeply rooted connection between the people of both countries, especially since several generations of Croats found their homeland in Chile.

Reflecting on the future partnership of Croatian and Chilean businessmen, the President pointed out that she could see it in numerous industrial areas, tourism, trade and maritime affairs.

“The military industry is an interesting area in which Croatia can offer Chilean companies knowledge and technologies and offer a unique opportunity for cooperation. Croatian Companies in this industry are respected globally and the quality of their products has put them at the very top of the defence industry in Europe,” said President Grabar-Kitarović. 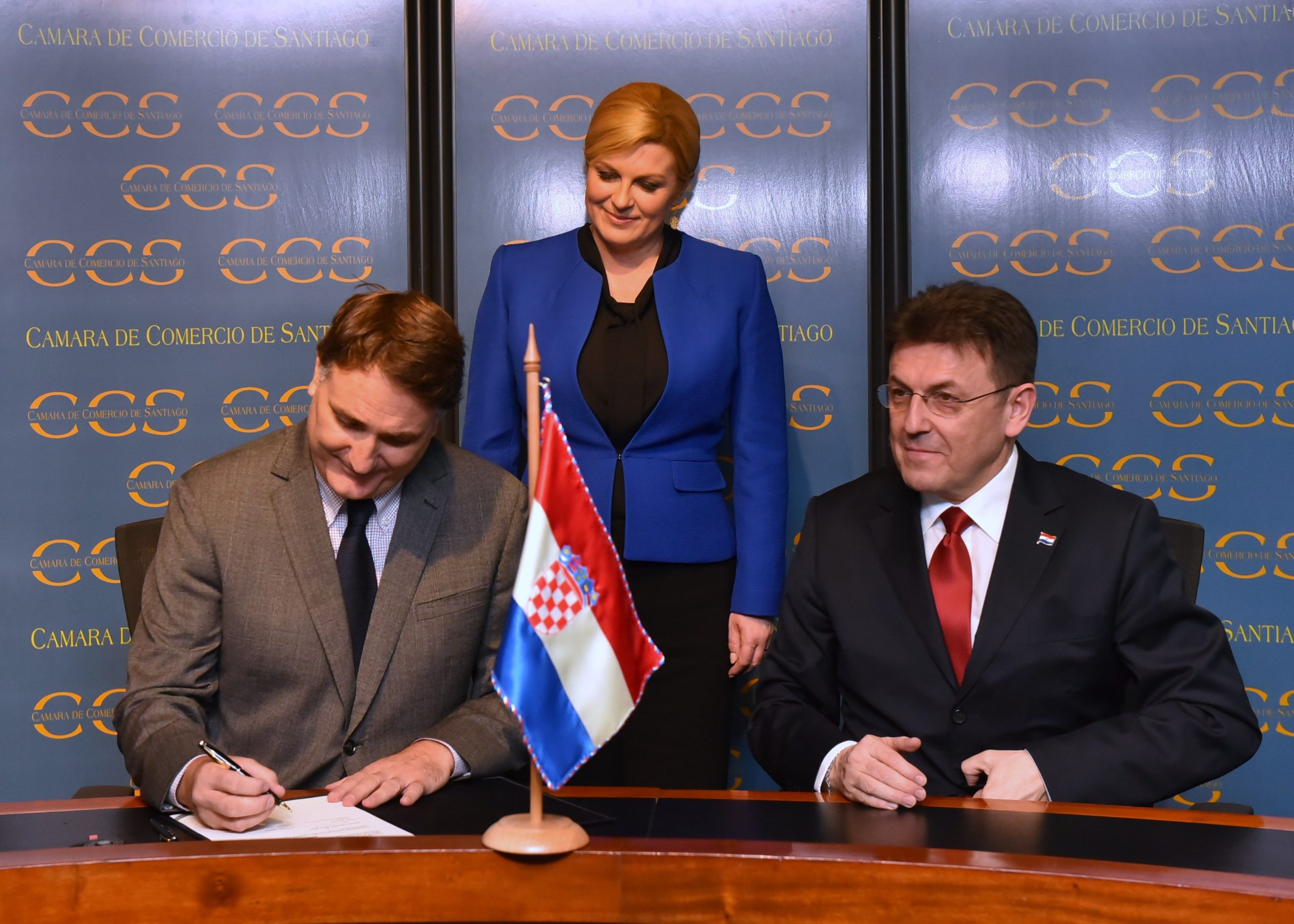 As a potential area of co-operation, the President mentioned the shipbuilding industry, stating that Croatian shipbuilding is one of the most successful Croatian export industries and is well-represented in the global shipbuilding market. As the third area of potential co-operation, the President emphasized bilateral trade. In that respect, she said Croatia was interested in exports of industrial products such as transformers, generators and machines, pharmaceutical and food products. On the other hand, she also highlighted Croatian seaports, Rijeka and Ploče as excellent entry points for Chilean products to the Croatian market but also to other markets of Central and South-Eastern Europe.

The President highlighted IT technology as a fourth area of potential cooperation, adding that Croatian IT companies had outgrown European market over the past decade and were making great strides in the global market.

Finally, evaluating tourism as an interesting area of co-operation, the President urged Chilean entrepreneurs to consider the potential of this sector. “This was recognized by the largest Chilean investor in Croatia – Lukšić Group, whose investments we welcome and greatly appreciate. Lukšić Group is very active and enjoys an excellent reputation in Croatia. As one of our largest investors, it has the full support of Croatian authorities,” said President Grabar-Kitarović. Adding that Croatia particularly appreciated the fact that Lukšić Group started with its investments in the Croatian Economy during the Homeland War, thus directly supporting Croatia during its most difficult of times. 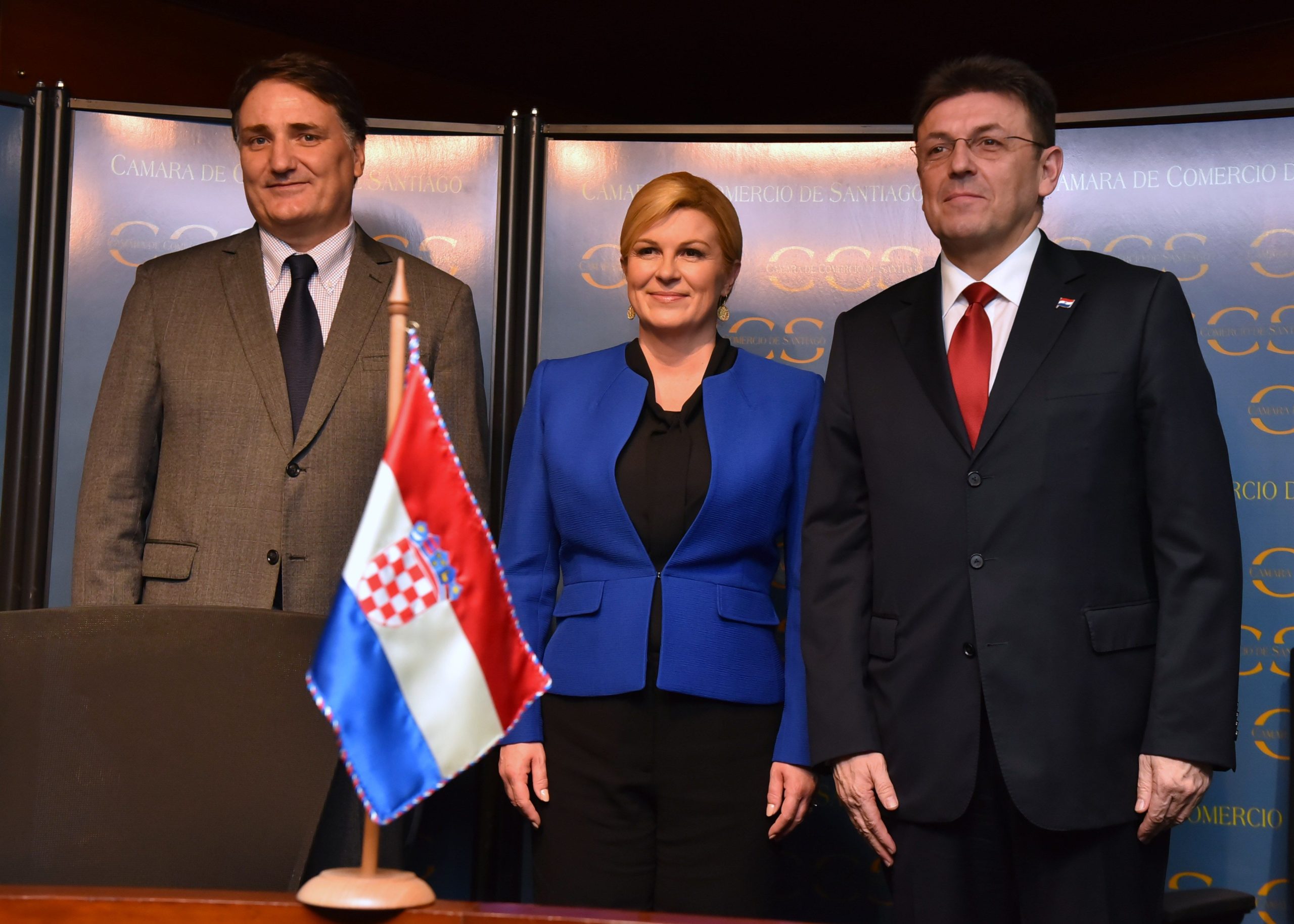 To further advance our economic cooperation we should be encouraged by the fact that Croatia and Chile are connected by Chilean entrepreneurs of Croatian origin, who have made a significant contribution to the Chilean economy, said the President, and emphasized the fact that the Croatian economy is on a path of constant progress and growth.

Expressing her conviction that Croatia will become a homeland for new Chilean investors, whose business intentions she fully supports, President Grabar-Kitarović invited them to explore business and investment opportunities and to get better acquainted with the environment and projects that Croatia has to offer.