Home » News » Croatian president says we all should get vaccinated 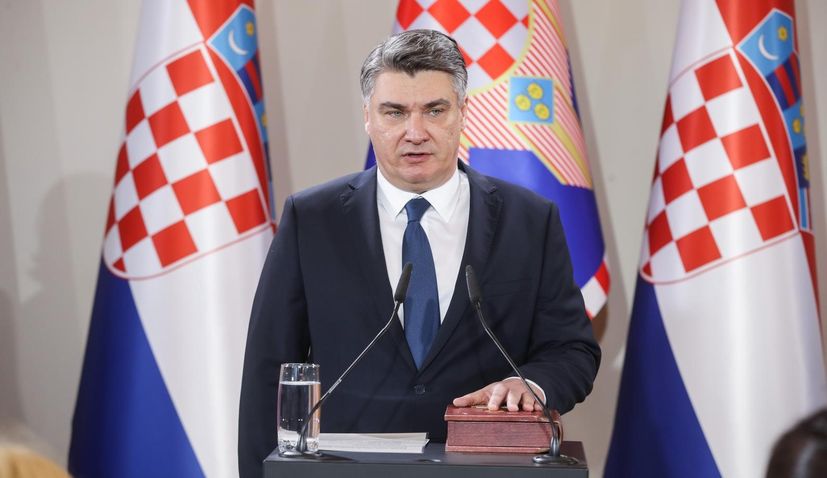 ZAGREB, Nov 24 (Hina) – President Zoran Milanovic said on Tuesday that he was in favour of vaccinating the whole population against COVID-19 and that he counted on principles of public mindedness in that regard.

Before the ceremony of opening an exhibition in Zagreb’s Museum of Arts and Crafts, Milanovic was asked by reporters to comment on the efficiency of vaccines that are currently being developed against COVID-19.

In response to media reports on that topic, Milanovic said that he trusted the results published after the trials of anti-COVID vaccines in world laboratories.

“I trust that. I get vaccinated when it is necessary, my children get vaccinated,” Milanovic said adding that no one should circumvent that.

“In my mind, everyone should get vaccinated, and I count on public mindedness,” the president said underscoring that vaccinations have saved millions of lives in the last 70 years.

He said that he did not know the government’s position on the issue.

The government is going to procure nearly three million jabs. Whether the vaccination will be mandatory, this is a very serious topic, Milanovic said.

He said that he had raised this issue at Monday’s session of the National Security Council (VNS).

Commenting on that VNS session, Milanovic said that it “was o.k.” considering his premonitions.

Asked whether the relations between him and Prime Minister Andrej Plenkovic were mended, the president said that one should not look at that personally.

As for the national COVID-19 crisis management team, Milanovic said that the body “gets legally rather curved”, however, he underscored, that he had not criticised any of the measures adopted by that body. The president added that he had criticised the situation in which this level of measures had been adopted without “a green light” that is approval from the parliament.