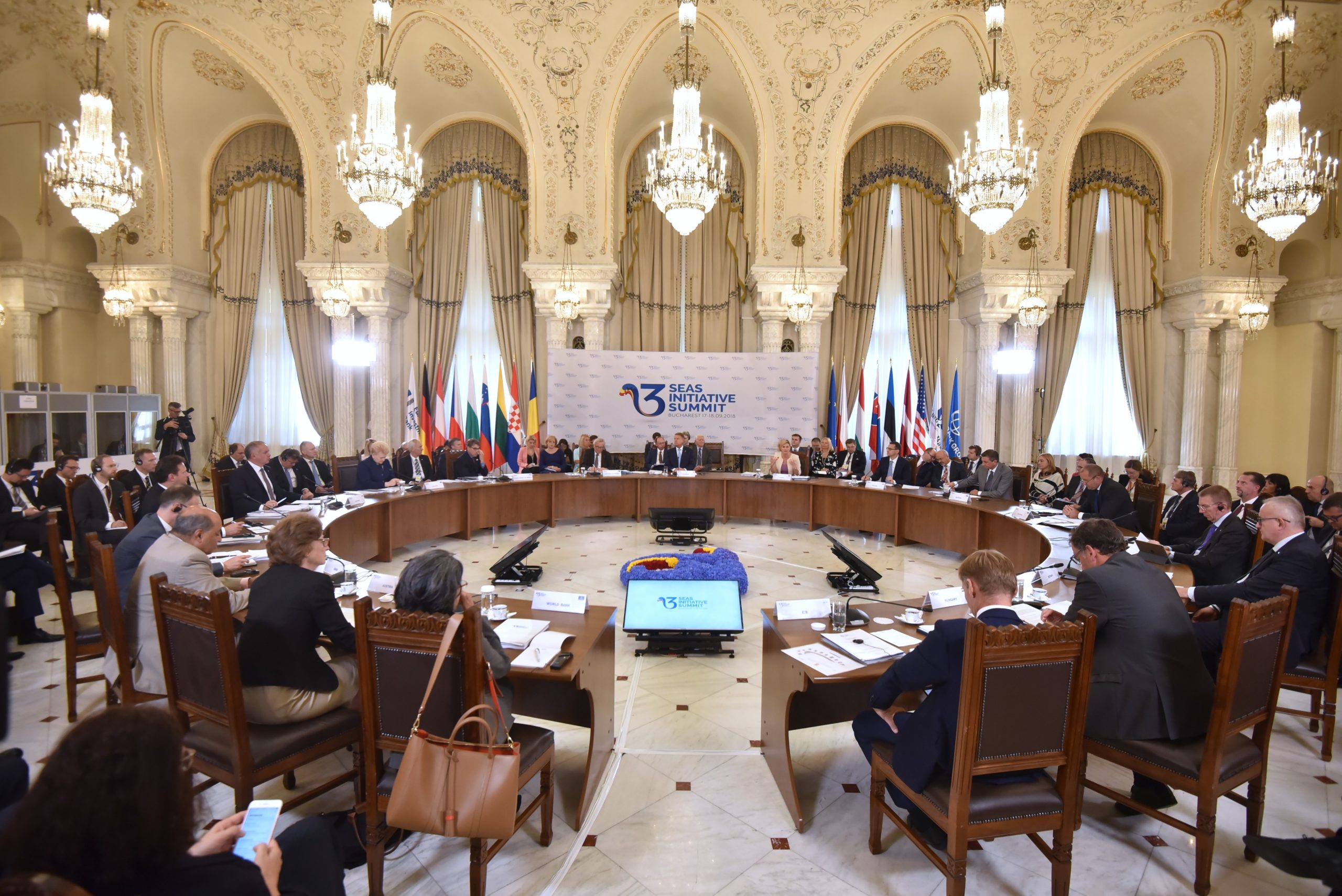 The President of the Republic of Croatia Kolinda Grabar-Kitarović participated in Bucharest at the Third Three Seas Initiative Summit.

In her address, President Grabar-Kitarović stated that the Three Seas Initiative “sends a signal today that we are on the right path”, that this political platform’s efforts have been recognized and that finally the division between old and new Europe could be erased”.

Also attending the Summit was the President of the European Commission Jean-Claude Juncker, who stated that the European Commission fully supports the Initiative and that he wants to encourage the participants to create new corridors, not only between the north and the south but also between the east and the west. He added that “he always thought that Europe has to breathe with both lungs, east and west”.

“Your attendance today gives us confidence that our objectives have been understood and that the enormous potential of the Initiative is becoming widely recognized”, the Croatian President said, addressing Commission President Juncker, German Foreign Minister Mass and American Secretary of Energy Perry. “The third Summit of the Three Seas Initiative clearly illustrates our joint success”, she underlined. 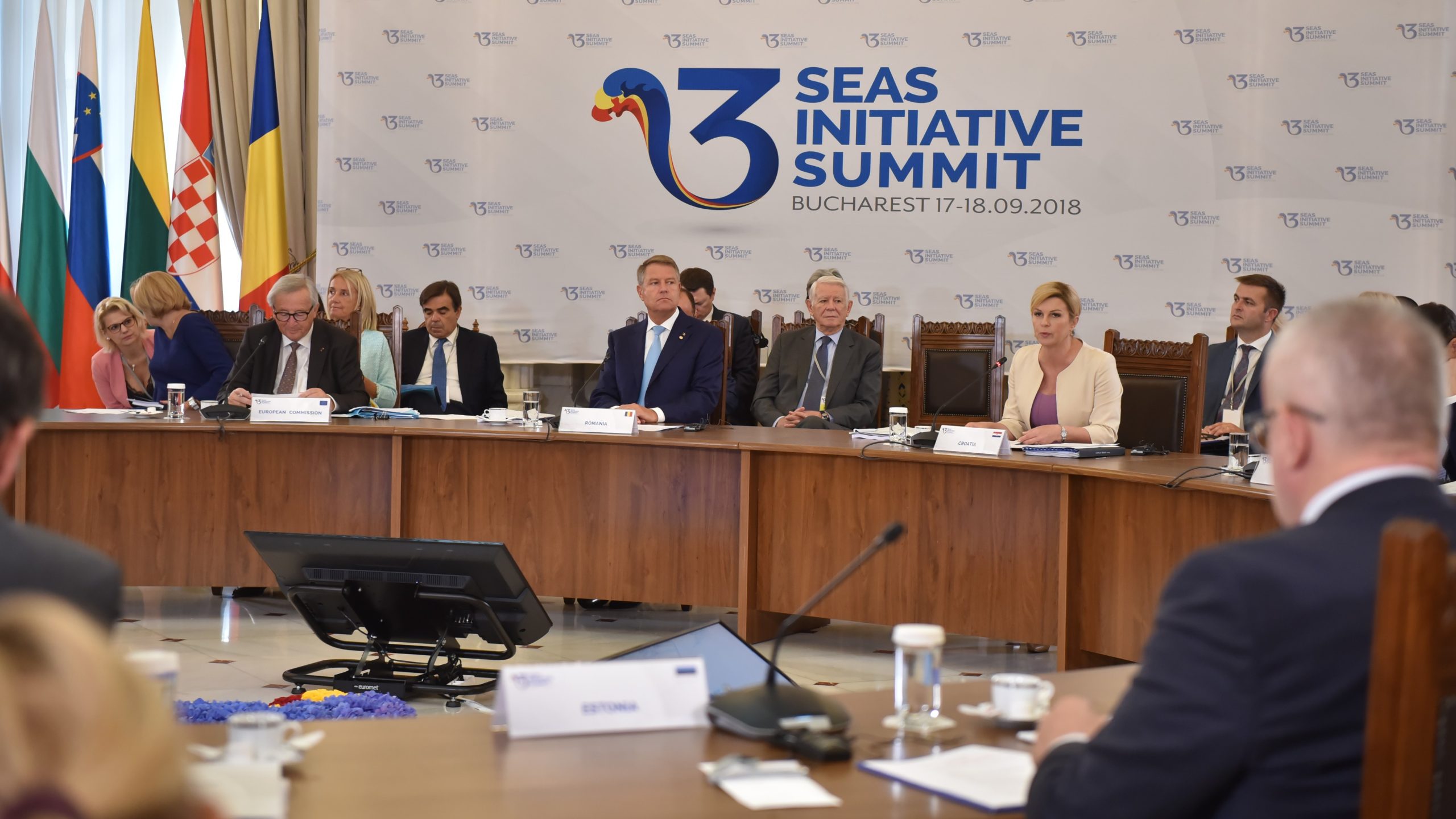 She repeated that the key goal of the Initiative is to make Central Europe the backbone of European and transatlantic resilience. “The Third Summit reflects our determination to achieve an economically integrated European Union and thereby become a stronger transatlantic partner,” the President remarked.

In his address, Romanian President Klaus Iohannis called upon the adoption of a shortlist of 40 priority projects, underlining that these projects should contribute to greater cohesion and convergence and annul the “artificial division” on the continent, between the old and the new Europe.

“I want us, at the conclusion of this Summit, to fully endorse the list of projects in the sectors of energy, transportation and digitalization”, the Romanian President said.

The Croatian President also mentioned this, having arrived in Bucharest with a list of 11 Croatian projects.

“Substantial projects, such as energy supply corridors and communications infrastructure, as well as modernization of our economies through an extension of transportation links, will allow for the full integration of Central Europe with the remainder of our continent. It will annul the artificial, but still lingering division between old and new, West and East Europe and it will most definitely contribute to a higher level of prosperity of Europe as a whole.”

Twelve States located between the Adriatic, Baltic and Black Seas, three Baltic (Estonia, Latvia and Lithuania), four members of the Visegrád Group (Hungary, Slovakia, the Czech Republic and Poland), Croatia, Slovenia, Bulgaria, Romania and Austria, the only European Union Member before 2004, make up an informal platform for cooperation on projects of joint interest, with the goal of raising the level of energy security, stronger transportation and digital connection as well as the development of the market and social cohesion in a broader sense. 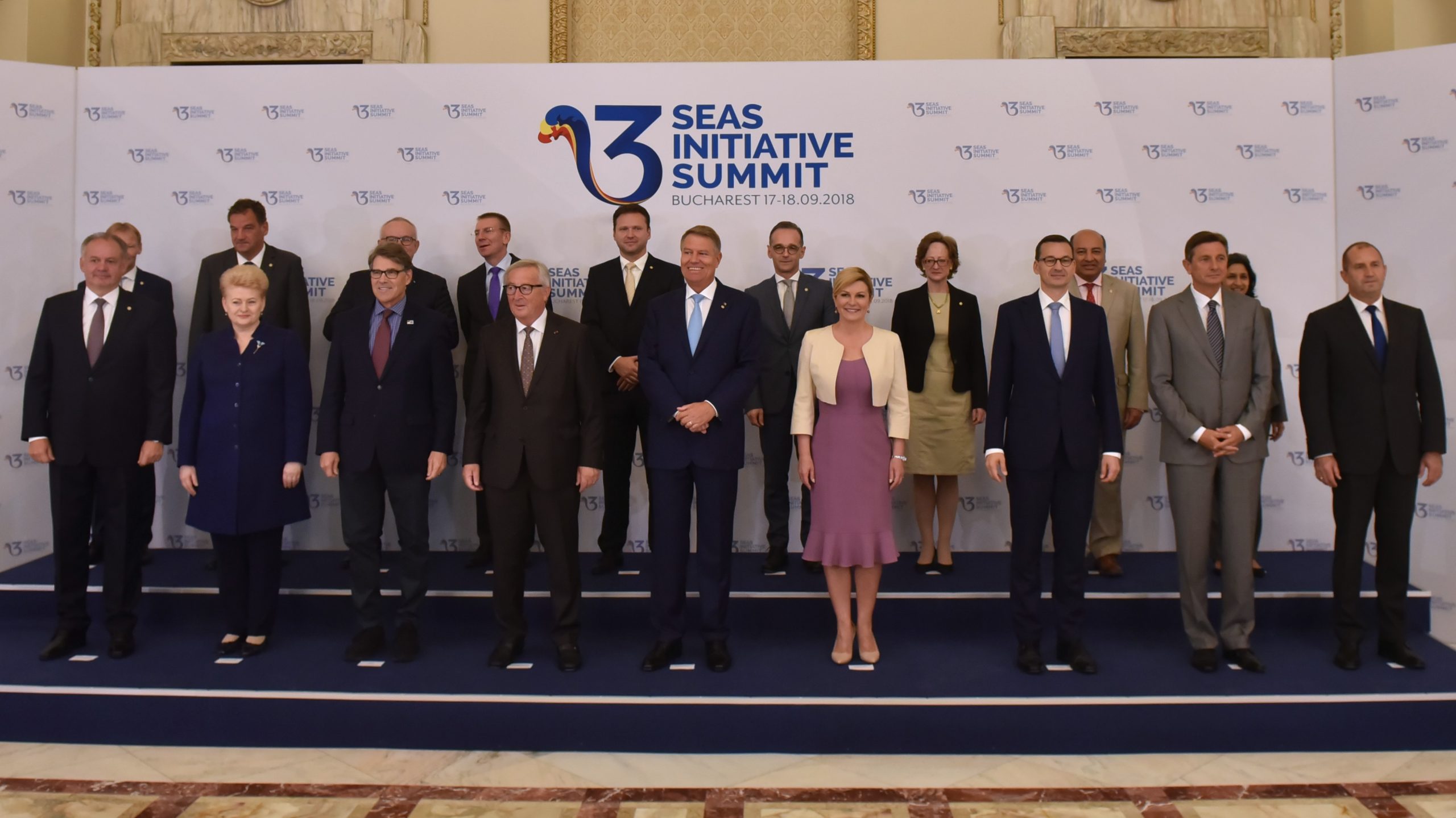 The speakers committed to stronger transatlantic ties. “We strongly believe that in the challenging overall context we need the EU and the USA to remain as close as possible on the political, economic and security fields”, President Iohannis underlined. “Our joint interest is above our differences”.

President Grabar-Kitarović emphasized transatlantic ties as being one of the three pillars of the Initiative along with economic convergence and cohesion.

„The Business Forum linked countries from the Three Seas Initiative, other countries and financial institutions – the World Bank, the European Bank for Reconstruction and Development and the European Investment Bank. I think that we should agree to hold the forum regularly, that it be held on an annual basis”, President Iohannis stated.

Polish Prime Minister Mateusz Morawiecki paraphrased former American President John Kennedy: “Ask not what Europe can do for you, ask what you can do for Europe”.

“This is exactly what the Three Seas Initiative stands for”, he stated, and called it a historical initiative because the geography drawn after the Second World War “is not a destiny, but it can be an opportunity”.