This summer, an estimated seven million guests arrived in Croatia and the overnights are around 50 percent of the results in 2019, which was the record-breaking year for the country’s tourism sector, which makes up a fifth of the national GDP.

During his interview with the CNN Anchorman Richard Quest, Plenkovic was asked whether Croatia was now paying a price for its decision to reopen to holiday-makers since there was now a spike in new COVID-19 numbers.

Plenkovic explained that at the onset of the coronavirus pandemic, Croatia imposed a lockdown in order to protect its citizens, and later it started to gradually open to attract tourists.

“Naturally, it was a bit of calculated risk,” the premier said admitting that the number of those who are infected have risen over the last couple of weeks, and a good thing is that Croatia still has a very low mortality rate, only a 5-to-100,000 ratio, which is “much much much lower than in any other country in Europe, especially in western Europe.” 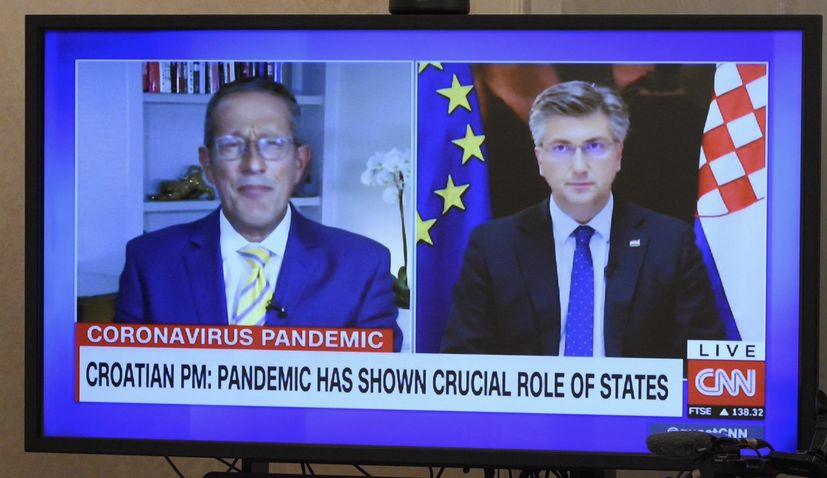 “So, we have managed to combine both the health of our citizens, and the income coming from one of the most important branches of our economy, and that is tourism.”

Plenkovic believes that some of Croatia’s neighbours that decided to put his country on the red list should take into account the differentiated state of affairs considering the COVID epidemic broken down by counties and cities, rather than treating entire Croatia as a high-risk place.

What we advocated our neighbouring countries was to look at Croatia at the sub-national level, meaning that if there is a county or a particular city where we do have a certain outbreak, then the measures should be targeted towards people who were in that region. And this is what I was saying to our Slovenian colleagues, Hungarian, Austrian, or German, the Croatian PM said.

Plenkovic called for concerted action and measures at the European Union’s level in response to the COVID pandemic.

“The pandemic has shown a crucial role of states,” he said explaining that it was states and not some other actors that could have assisted citizens to be protected from this pandemic.