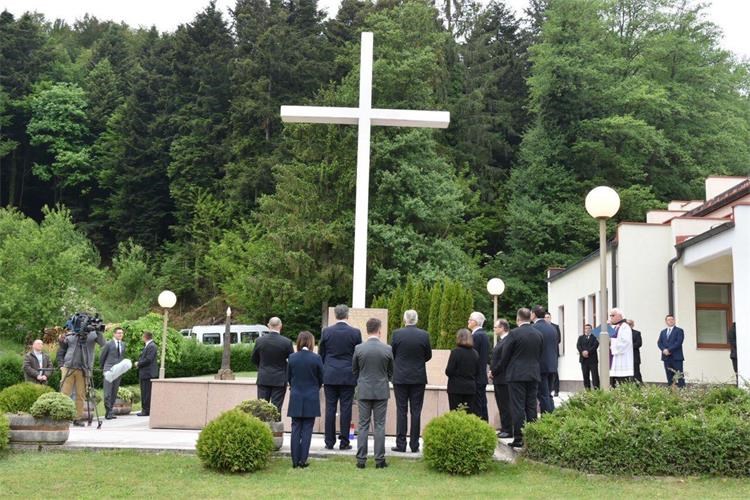 ZAGREB, May 15 (Hina) – Croatian Prime Minister Andrej Plenkovic on Friday laid a wreath and lit a candle at a memorial in Macelj, in tribute to tens of thousands of people killed in the aftermath of World War II without a trial and buried in unmarked graves on death marches from Bleiburg, Austria, back to then Yugoslavia.

PM Plenkovic was accompanied by a government delegation.

After the collapse of the Nazi-allied Independent State of Croatia and the end of World War II, tens of thousands of people – disarmed members of defeated forces as well as a large number of Croatian civilians running away from the establishment of the communist regime, were killed.

“We can build a truly tolerant society by condemning without reservation all crimes committed by all totalitarian regimes, respecting every innocent victim, and promoting the culture of remembrance and mutual respect. We owe that primarily to our youth so that together we can build a European Croatia, based on democratic values,” Plenkovic said.

Macelj is the second-largest post-WWII execution site in Croatia. It is estimated that in the woods on what today is the border area between Croatia and Slovenia, between 12,000 and 13,000 people were killed by the communist regime in early June 1945. 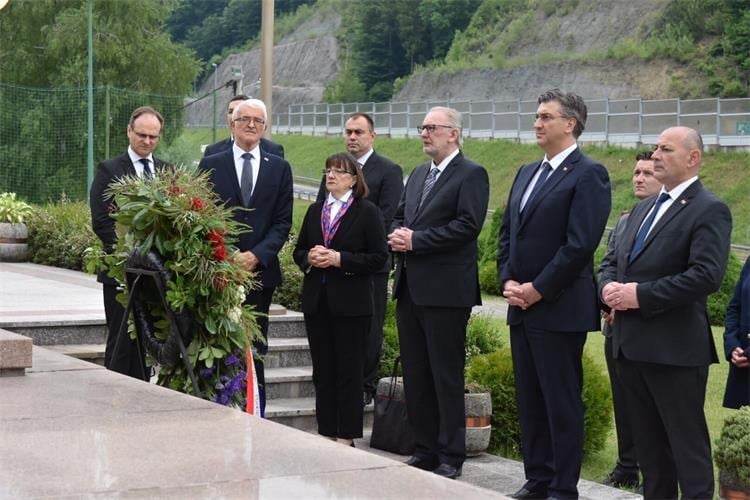 PM Plenkovic with the government officials in Macelj (Photo: Vlada.hr)

So far, the remains of 1,163 people have been exhumed and around 130 graves remain unexplored.

MP Zarko Tusek said that exhumations in the area of Macelj would continue on Monday.

The Croatian government on Friday recalled that last week, the 75th anniversary of the end of World War II and victory over fascism was marked in Croatia and throughout Europe, the victory having put an end to unprecedented war horrors and fascist crimes, notably the Holocaust.

In Western Europe, that victory paved the way to the establishment of democratic orders, reconciliation, economic recovery and unification of Europe, while in Central and Eastern Europe, it did not bring democracy but new totalitarianism, i.e. communism, which was defeated only with the fall of the Berlin Wall, says the government. 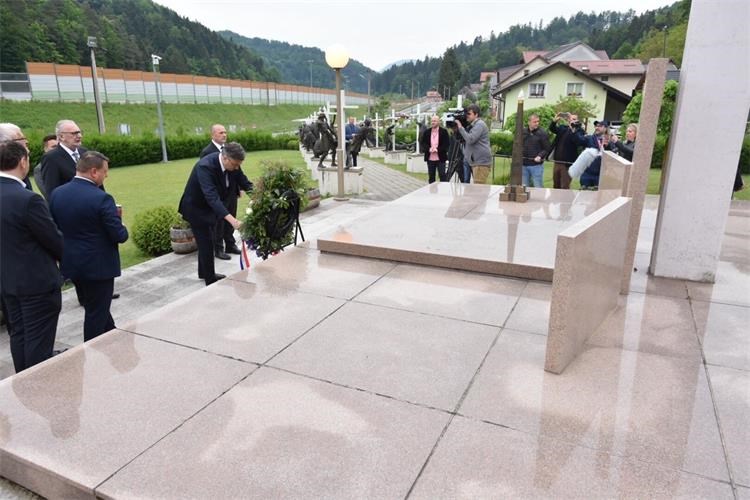 In 1945, after the defeat of the Independent State of Croatia, horrible crimes were committed against tens of thousands of people – disarmed members of defeated forces as well as a large number of Croatian civilians who were running away from the establishment of the communist regime, says the government.

Even though it is clear that Croatia emerged from WWII as a victor owing to its antifascist movement and resistance to Nazism, post-war mass crimes of the communist regime remain a painful and traumatic period in Croatia’s history and 75 years later we remember all victims, says the government.