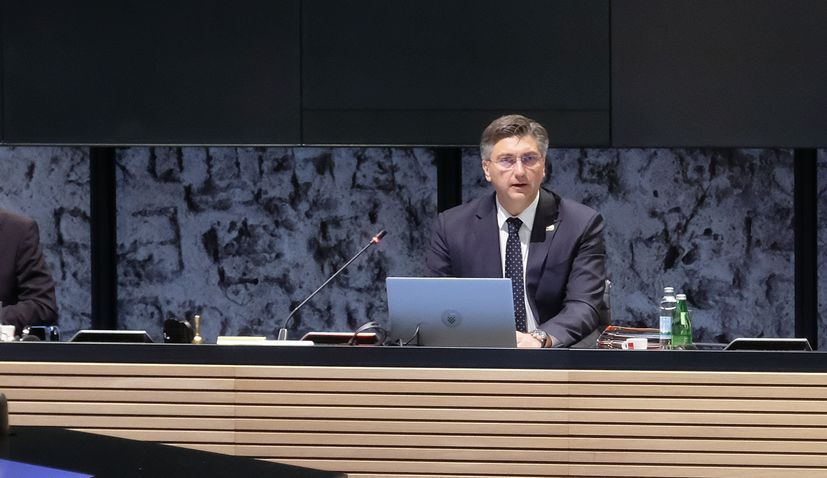 ZAGREB, July 29 (Hina) – Prime Minister Andrej Plenkovic boasted in parliament on Wednesday about the €22 billion Croatia will have at its disposal from the EU budget in the next seven years for, he said, the development of counties, agriculture, rural development and demographic revitalisation.

MP Hrvoje Zekanovic of the Hrast party asked where the EU would find the money.

“Regarding the Next Generation EU instrument, to help member states in an unprecedented situation, when everyone’s GDP is falling, the European Union will borrow on markets where there is money under the most favourable terms, money which practically doesn’t cost anything and which will be paid out over the next 30 years,” said Plenkovic.

Responding to MPs’ comments, he said there would be money also for fishermen, local projects and balanced regional development.

My goal was to get as much money for the national envelope as possible while compromising on programmes which apply to all and where fund absorption will depend on the activity of the stakeholders in Croatia, Plenkovic told Romana Nikolic of the Social Democratic Party (SDP), who asked about the slashing of initially envisaged funds for Horizon 2020, Invest EU and health, defence and migration policies.

The prime minister disagreed with Katarina Peovic of the Workers Front that there was no solidarity, convergence or cohesion. Cohesion was achieved by the decision that the EU seeks funds for the member states among investors and on financial markets, he said.

Plenkovic dismissed Ranko Ostojic’s (SDP) claim that Croatia fell short as the chair of the Council of the EU in the first half of the year, saying it was praised and thanked as well as achieving results.

Domagoj Hajdukovic (SDP) asked about Croatia’s stand on making the absorption of European budget funds conditional on the rule of law. Plenkovic said Croatia was “for it” and that he did not fear a report on the rule of law in Croatia.

“You don’t know much about the EU,” Plenkovic told Nikola Grmoja of the Bridge party.

Nino Raspudic (Bridge) said it was a paradox that the fact that Croatia needed so much EU aid was also its biggest failure.