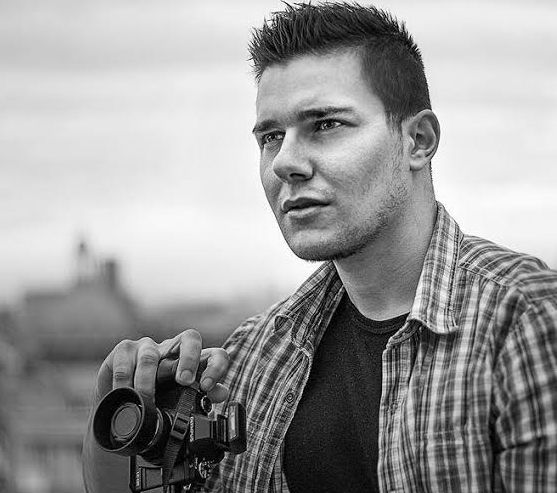 In a competition to grace the cover of National Geographic magazine, the 25-year-old’s photo made the Best 50 out of 4.5 million entries. A photo he took in his home town Korčula also was voted the 3rd best photo out of 250,000 entries in the architecture category of the National Geographic competition. Dino also placed in the Top 5 of the Climate Change in Your Life category out of 3,200 entries.

As well as working with a number of famous faces, Dino’s work has been published in a number of publications, including on the homepage of well-known New York publishing and record label Para Music Group. Founded by Corey J. Stanford and Timbaland, the label has helped a number of artists such as Nelly Furtado, Justin Timberlake, Madonna, OneRepublic, Pussycat Dolls, Nicole Scherzinger, Rihanna, 50 Cent, Keri Hilson, Missy Elliott, Akon, T-Pain, and many others.

We caught up with Dino, who was a former model, to find out how he got into the game, where in Croatia is the best to photograph and what his plans are.

How did you get into photography?

I had a love for the arts from a very young age, especially photography and visual arts. I was too hyperactive to stably get into one of those , but as I grew up and made money, I invested in professional equipment and made an entire studio, It started to develop in my 20s.

I am a big fan of street photography, social life, cities, and I also like to do portraits.

Which photographers do you admire?

In this job you can’t have any idols, because what you do has to be unique, you must have your own signature. But, I think we won’t see anyone like Ansel Adams and H.C.Bresson again.

What are your plans and what do you hope to achieve in photography?

I have a number of solid plans, some I have realised, some I will in the future, In photography it is very important to have a feeling from the soul, you have to feel it, it can not be forced. I would like to work on my own name being a brand.

Where in Croatia are the best places to photography?

I was born on the island of Korčula so I have to say Dalmatia is very beautiful to photography, it has the spirit of time. Dubrovnik is a story in itself, but for promotion, collaboration and to work on serious projects then I would put Zagreb in the number one place.

You can check out more of Dino’s great work on his Facebook page here https://www.facebook.com/DinoMihovilovicphotography/