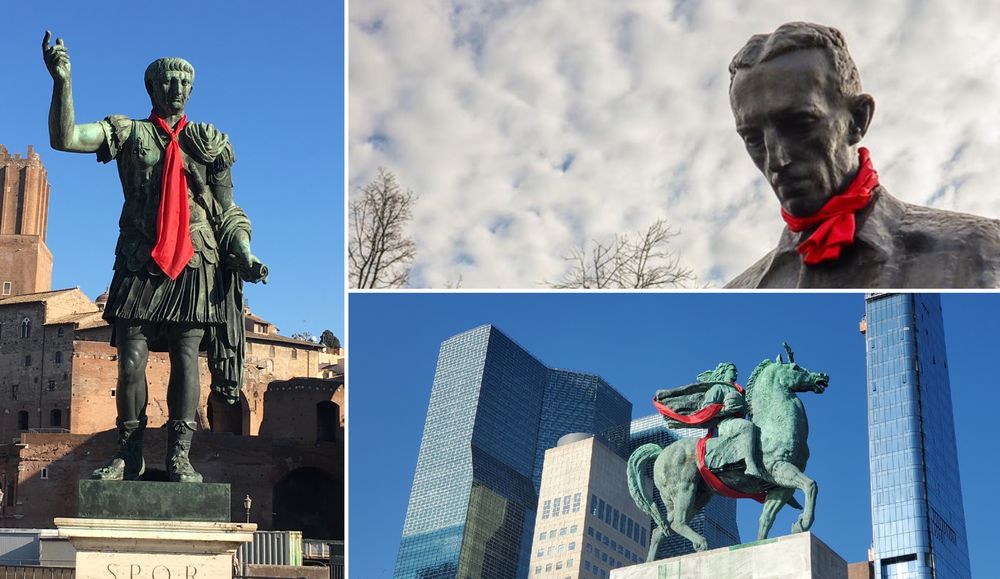 ZAGREB, 31 January 2020 – The forerunner to the modern necktie was the Croatian invention the ‘Cravat’. The necktie was first used as an item of clothing by Croatian soldiers back in the 17th century.

Tying neckties or cravats to monuments is a gesture that has been going on for two decades. The concept, created by professor Marijan Busic, has been conducted by Academia Cravatica, a central world institution dedicated to the study, preservation and promotion of cravat as a Croatian and world heritage.

At the beginning of 2020, and to mark the start of the Croatian presidency of the EU Council, the Academia Cravatica Institution began a series of activities in Croatia, placing red neckties on prominent monuments in Zagreb, and with it sent a message about Croatia being the home of the necktie.

The Academia Cravatica Institution has joined the initiative of the Ministry of Foreign and European Affairs to erect red neckties on a number of monuments across EU countries. The idea started back when Marijan Busic, Director of the Academia Cravatica Institution, led the project to put a big red necktie around the famous Arena in Pula on 18 October 2003, and thus began the initiative to celebrate World Tie Day annually on that day.

This was followed by a red tie being places on the sculpture of academician Ivan Kozaric “Matos on the Bench” in Paris, with Prime Minister Andrej Plenkovic taking part. 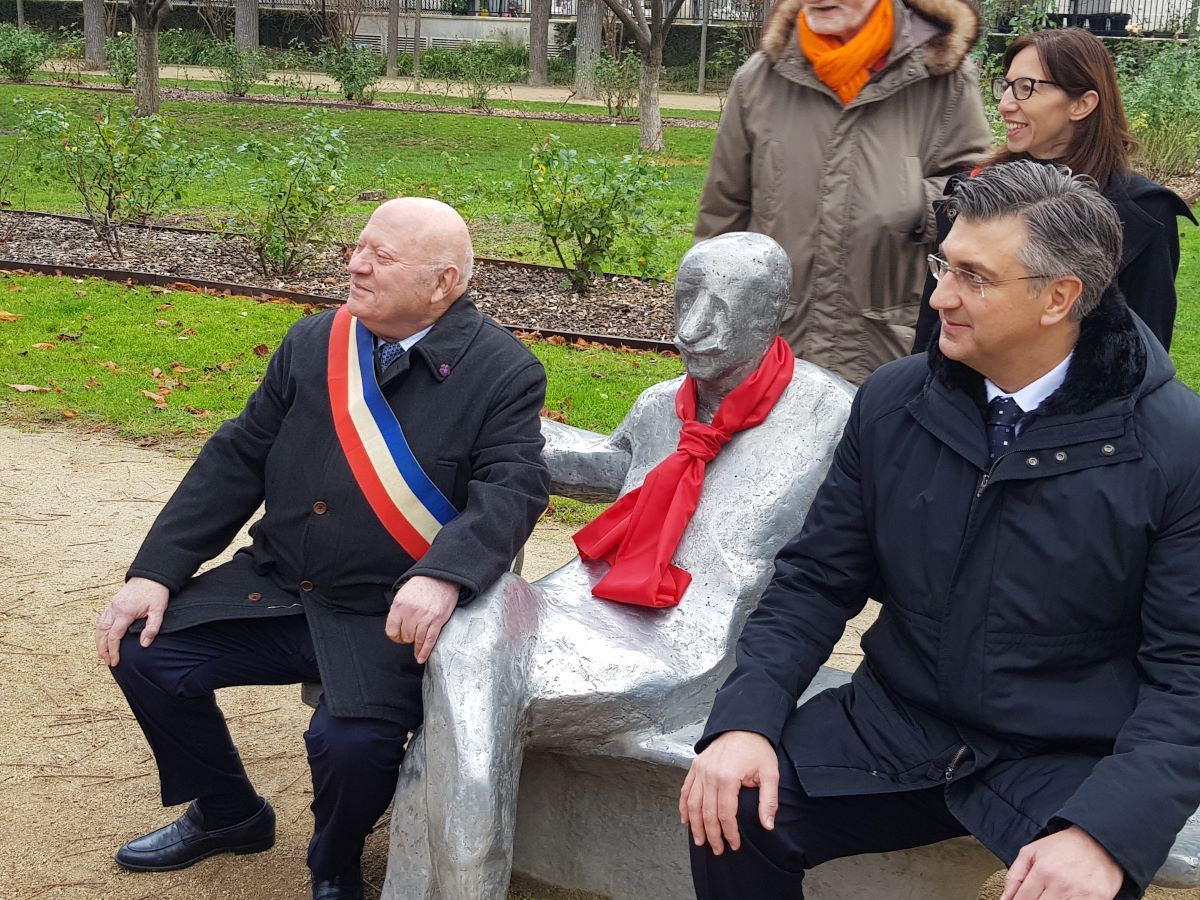 A tie was also placed in Rome, on the monument to Emperor Trajan. The monument is located in one of the most frequented Roman sites of Fori Imperiali, the avenue leading from the Monument to the Homeland on the Piazza Venezia to the Colosseum, as the first in a series of monuments to the Roman emperors. 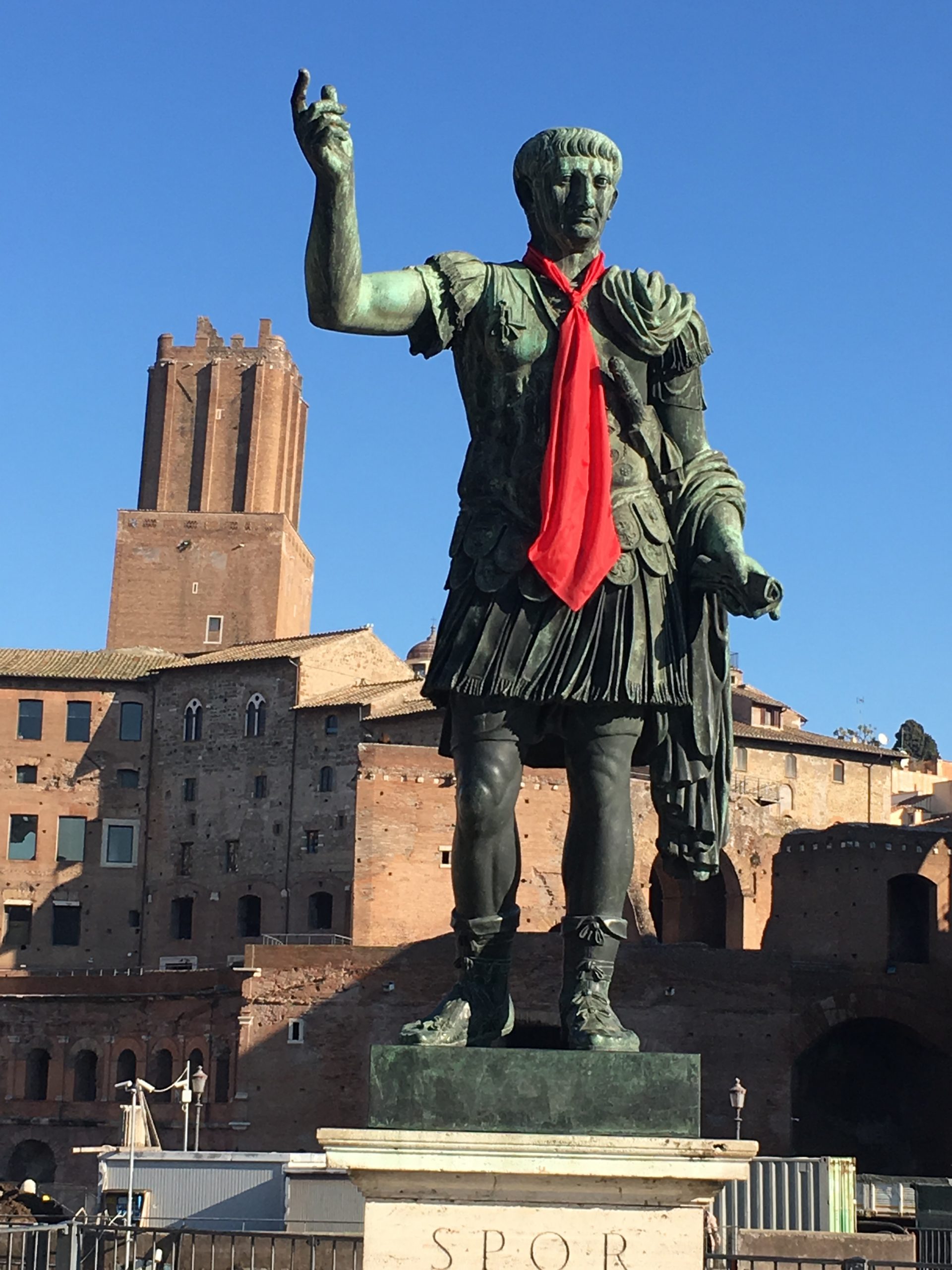 A large red tie was also placed on the monument to King Carol in Bucharest, a monument to H.C. Andersen in Copenhagen, and ties were also erected in Budapest, Geneva, Helsinki, Madrid, Berlin, Vilnius, and many other cities, in which the placing of ties on monuments was carried out by the Croatian Embassies in individual countries. It is also worth pointing out that the Croatian presidency of the EU Council has also been marked in the USA with the placement of red ties on monuments. A red tie was placed on Augustinčić’s Peace monument in front of the United Nations General Assembly building in New York. 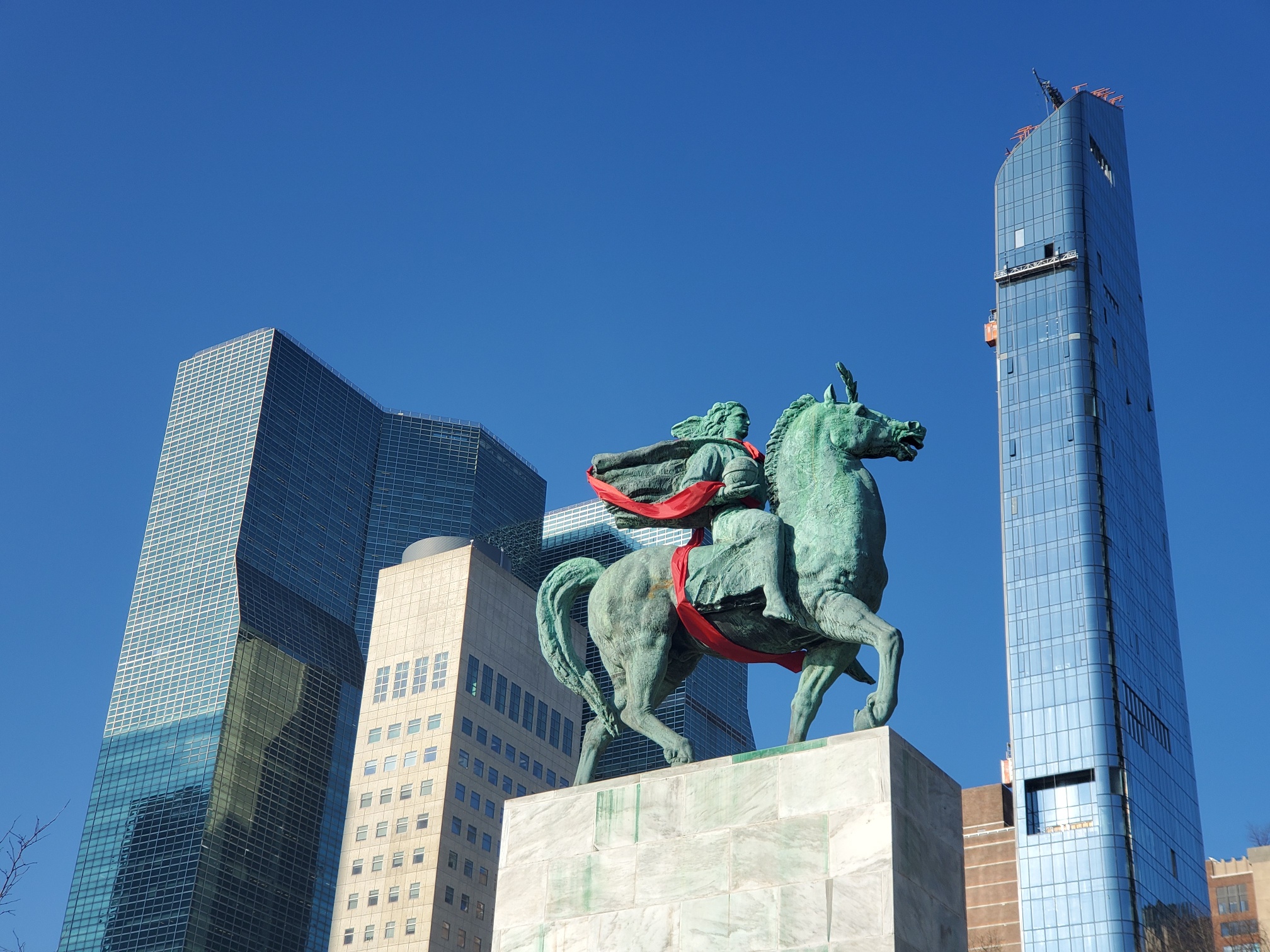 A tie was also placed on the statue of Nikola Tesla at the Niagara Falls State Park, the site of the world’s first hydroelectric power station and the Tesla Innovation Centre, in the United States which was done by Croatian sculpture Frano Krsinic. 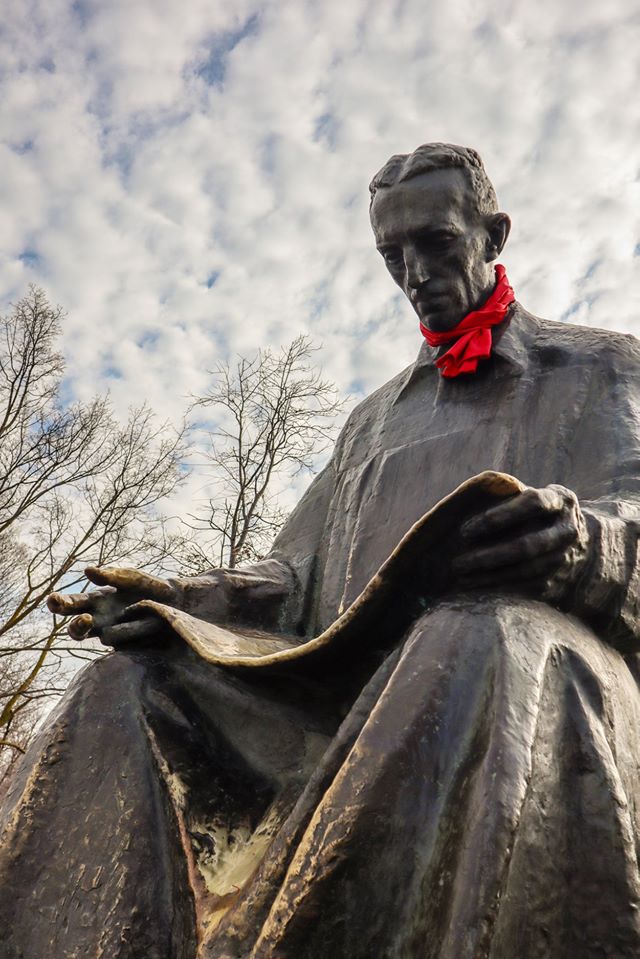