Bojana Meandžija from Karlovac in Croatia was 16-years-old when she wrote the autobiographical novel ‘Run! Don’t wait for me’ in the damp rooms of an atomic shelter during the Homeland war in Croatia.

Bojana wrote the first sentences of the book in the still of night on wooden laths in the woodshed, while the silence was being shattered by explosions of shells raining on her town. These jottings on wooden laths are, despite the passage of time, still to be found there.

The novel was published by Alfa publishing company in 2015, 25 years after she started writing and has just now been published in the English language. This is the first novel about the war written through the eyes of a 13-year-old child and not by adults.

Bojana, who has talked to thousands of school children at over 200 schools in Croatia about the book due to its popularity, has many authentic audio recordings of attacks and bombings which she recorded on her little radio during the war. She also recorded the last siren which signaled that the war was over. 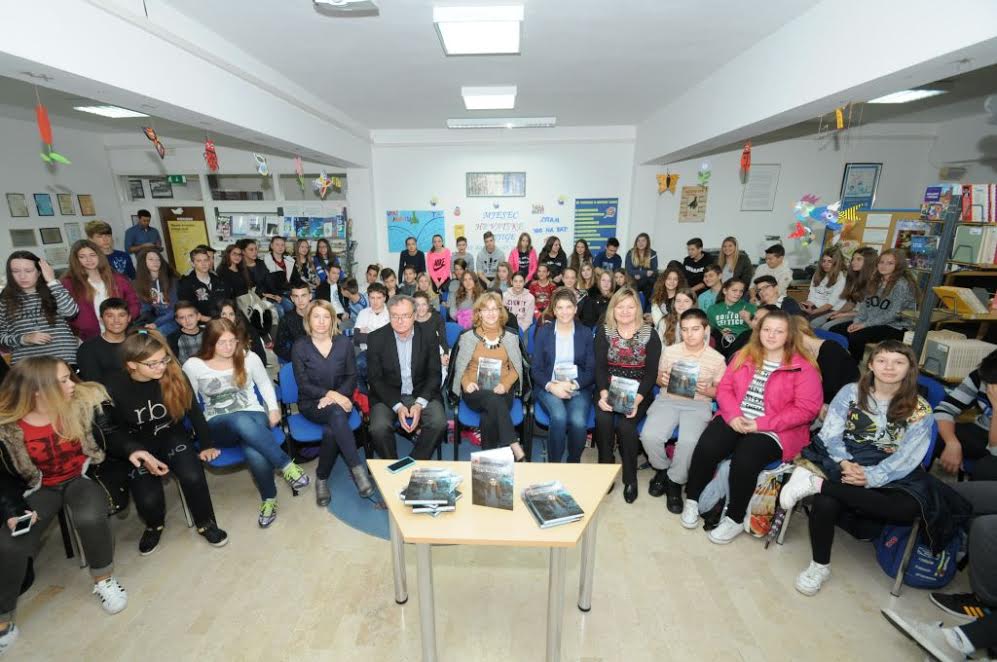 Bojana has spoken at over 200 schools in Croatia

We chatted with Bojana on the release of her novel in English.

How would you describe your book ‘Run! Don’t wait for me’?

This is the book I wrote when I was 16. It isn’t the book written while remembering the period of war but it had been written then, during the war in the dark and humid rooms of an atomic shelter.

It is not a book that follows everyday war developments, uproars, attacks. This is a book which brings out feelings of a 13 year old child, who found itself, during very sensitive childhood years, in a middle of something grown-ups called WAR. This book is not about the exact number of fired grenades nor will you find statistic data because a child doesn’t understand statistics, papers and chronology.

It was written in an honest childish way delivering the emotions that had been accumulated in all those days spent underground. I describe that helpless child who can not do or change anything. I look at grey people around me and I can not understand why they are here and take away our play. 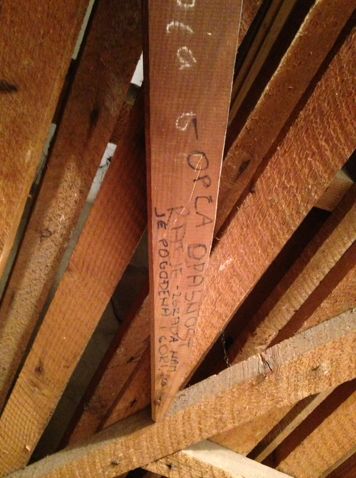 How did your writings turn into a book?

Actually, this was supposed to be just a letter for my teacher in which I wanted to describe my emotions in the days when the school was closed and we couldn’t get out of the basement. And the letter turned into an intimate and emotional confession on 240 pages.

That night, when I was really sure that we wouldn’t survive, I just wanted to write one letter for my school teacher. It was 2.09 a.m., our big building was on fire and the smoke started entering into the shelter. I said to my mother:

“Please, take me down from that bed“ (because that bed was army bed and it had three levels – I was on third floor) and she took me down. I took my pencil and started writing on the wall: “It’s 2:09am, my building is burning but I am not scared!”

That was the first sentence of this book. At that moment I didn’t know that it would be a book, I just wanted to leave some mark in case IF WE WOULD NOT SURVIVE. I thought, maybe some day, after 20-30 years, someone would find this mark and he or she would know that there were living two girls and their family. 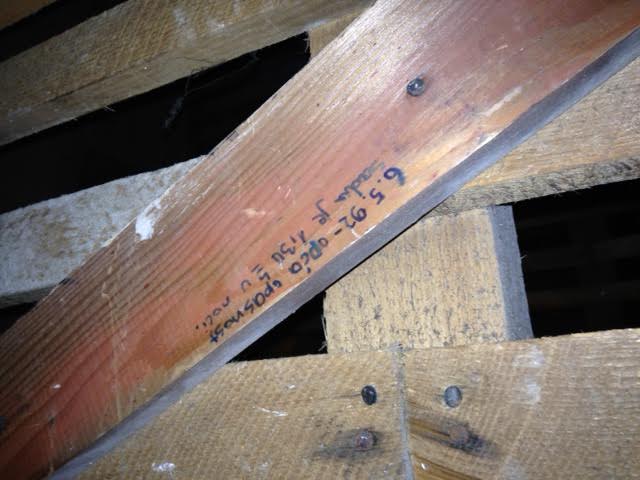 What message would you say the book carries?

Every child has its childhood and it is lived in a certain way. For the children who find themselves in war their childhood is identical- it is destroyed, stolen. Bad and atrocious people come and take away their play.

The message I want to deliver with this book is that every war anywhere in the world brings terrible suffering for all the children. However, once the war is over we have to move forward for life is giving us a new chances, for new play, careless and beautiful.

I always try to give children and their parents only one message: don’t you ever be sad or ungrateful if you cannot afford at the moment to buy new car, new cell phone or new clothes. Only when you find yourself in a position to wait for 8 days to have a warm meal or to put on clean clothes that doesn’t have that heavy humid odour, only then you realize how material things don’t really matter. And to know that your family and the people you love the most are safe and sound-that is priceless.

We mustn’t take everything in life for granted.

The title brings out special feelings. When I was thinking about the title, I wanted it to tell the story for itself. These four words, as I said above, describe one of my most horrible moments, the moment in which the first uproar was sounded and Mom and Grandma shouted at the same time: ʺRUN! DON’T WAIT FOR US!ʺ Nevertheless, I have a feeling that with this title I don’t speak only about that specific moment. I feel as if it describes all those long four years. We were running without waiting for anyone, not for our parents nor for our thoughts. 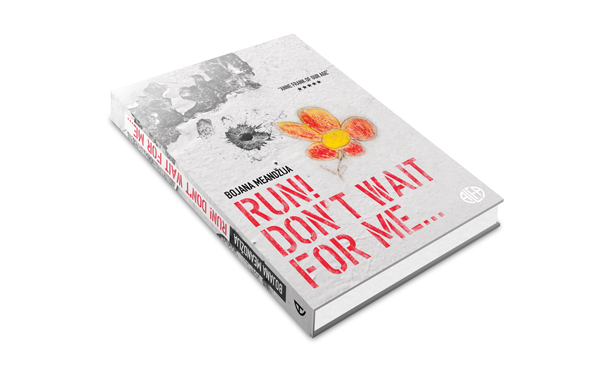 How do you look back now at that time when you were a kid during the war?

If I were to write this novel today, from a certain distance and with this life experience I have gathered, I would certainly sound different, rougher for sure. And that’s exactly what many people recognize while reading my book-they hear a voice of a child.

I am writing about this indelible trace and what remained after in a profound and honest way, the way in which only a child can think.

Now, I just can’t believe we have survived and that we are normal persons today. And the point is that life is beautiful and we will have fun now and we will play now for every single day we had lost.

Ability and will to forgive, that is one of the greatest human virtues.

How can people who want to read your book get a hold of a copy?

The book is translated into English and the title is „Run! Don’t wait for me..“ – that was the first sentence that our parents screamed that day, in the moment when the first bomb fell on our town.

I was in Frankfurt (Germany) at the Frankfurt Book Fair and the book was presented to many distributors from all over the world. We are waiting now for contracts and requests and I hope the novel will be available on the world market soon. Until then the book can be purchased via www.alfa.hr webshop.

What are your plans? Do you plan to write any more books?

I’m writing all the time. Now I’m preparing one book about one of my friends from Bosnia. It is a story of how she escaped from her town in Bosnia to Croatia in 1992. I also work on one book that’s not about war but I’m still at the beginning. I hope to publish it as well in near future. 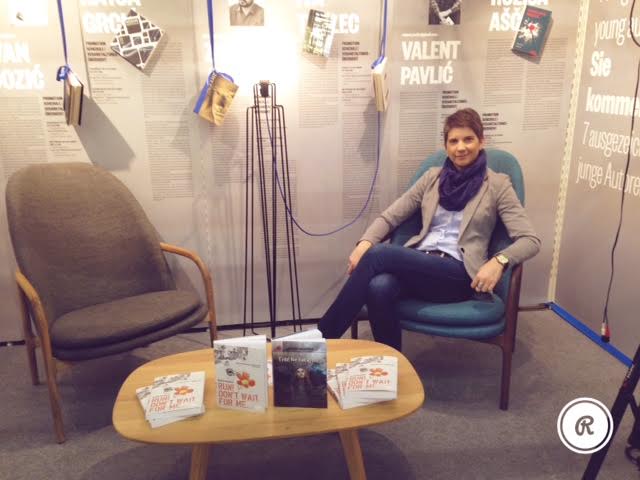 Bojana Meandžija was born on 4 October 1978 in Karlovac, where she attended the Braća Seljan Primary school (formerly Ivo Lola Ribar Primary school), and the Secondary school of economics. She graduated as a preschool teacher from the Teacher training Faculty in Zagreb, at the department of the High teacher-training school in Petrinja. From 2005 she has been working as an expert associate in the in the Alfa Publishing company. She lives and works in Karlovac.

She has been writing since she can remember, starting as a little girl –in a rather, needless to say, childish manner – by copying her mother’s doctor’s prescriptions. As life became more serious, so did her writing become challenging! For her writing is much more than a hobby. It is a way of life. And throughout it she has been surrounded by books. Following her latest experiences (linguistic and life-related alike), in addition to poetry she began to write prose as well.

Bojana Meandžija has written this autobiographical novel, now titled Run! Don’t wait for me… at the age of sixteen, in the damp rooms of the atomic shelter during the Homeland war in Croatia. The first sentences were written down in the still of night on wooden laths in the woodshed, while the silence was being shattered by explosions of shells raining on her town. These jottings on wooden laths are, despite the passage of time, still to be found there. This is the first edition of the novel Run! Don’t wait for me… by the Alfa Publishing company (2015). 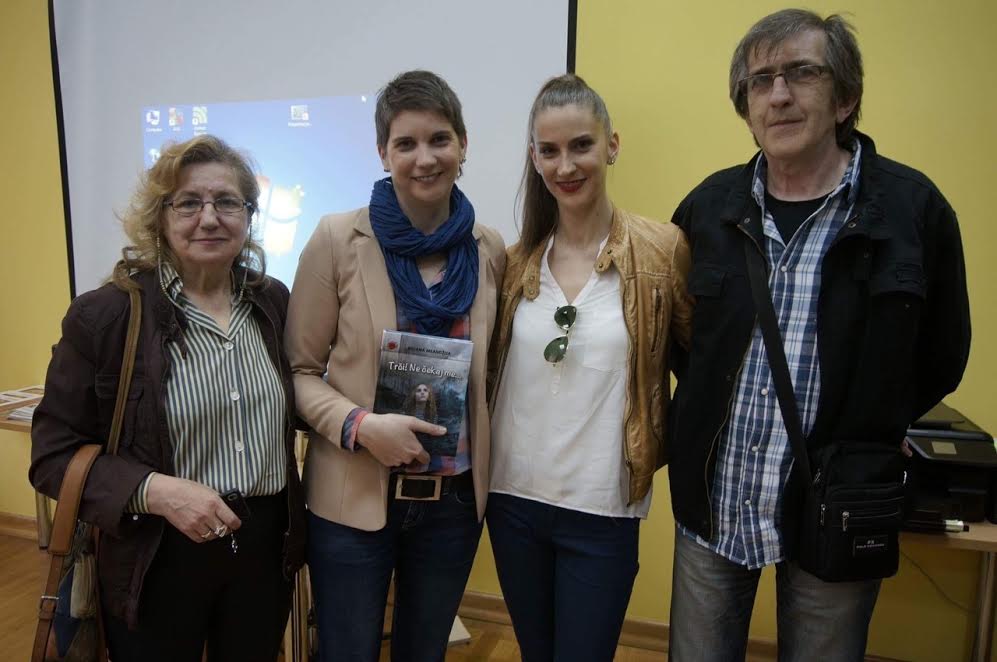 Bojan and her family