Home » Business » Croatian firm Async Labs: ‘How we grew from 4 to 21 employees in just 16 months’

The 224th episode of the podcast “Surove Strasti” was opened by Luka Klancir (28), one of the founders of the development ICT company Async Labs, co-founder of the Croatian Bitcoin Portal, entrepreneur and a programmer/developer. He is also one of the “30 under 30” presented at the VIDI Awards BIG3 conference, and an author of the book “Lean it if you Mean it.”

After working in the Degordian agency as a project manager, Luka decided to sail the entrepreneurial waters and since then swim in them successfully for four years.

From idea and organization to the realization

Luka developed his craft at the Faculty of Organization and Informatics in Varaždin and the University of Technology in Graz.

“The beginning of the entrepreneurial mindset developed in my 2nd year of college when I went to Erasmus in Austria. There I met new people and cultures and saw how big the world is and how important communication and positioning in society are. That experience has broadened my horizons”, Luka recalled his beginnings.

The idea for Luka’s first project, the Croatian Bitcoin Portal, was born in 2013. The portal was officially launched on April 1, 2014. Back then, it was the first and only blockchain and crypto news portal in Croatia.

It was one of the first steps in entrepreneurship. The path continued on an upward trajectory in which was created an Async Labs agency.

The story of Async Labs started back in 2016 when the company was founded. They officially started in 2017 as a small startup company. In May 2019, the agency had only four employees; two of them were founders (Alen Huskanović and Luka Klancir). Just a year and a half later, the business is expanding and the team is growing. The number of employees at Async today has risen to 21.

Croatian IT companies do quality work, so it is a logical step to focus on western markets. Any company that wants to expand its borders should have a primary focus on the foreign market.

Async Labs proved its quality and became one of the best developer companies in Croatia. The latest recognition also shows their worth at the world level. In addition to the domestic market, Async Labs also operates on the world market – from the region through Western European countries to the USA and Singapore.

Award for Top Developers in Croatia

The Clutch platform, which specializes in assessing the quality of different companies and connecting with clients, analyzed Async Labs. Clients were able to rate Async Labs, leave their review and recommend the company through their experience.

Thanks to positive reviews and ratings, especially in skill, speed and dedication, Clutch recognized Async Labs as one of the best Croatian software development agencies. They also got the title of one of the world’s best development companies, which arrived in 2020.

Apart from foreign ones, recognitions also come from the domestic field. Thanks to their expertise and experience in blockchain technology, the Croatian startup Top Digital Agency (TDA), which connects agencies and clients, also pointed them out as a top development agency.

The corona crisis improved the company’s business and growth

IT companies are among the few that have gone through the most painless times during the coronavirus crisis. In Async, they say they did not feel the impact of the crisis. Instead, they had more work during the first half of 2020 than ever before.

At the end of 2019, due to the increased scope of work, they increased the marketing team. Now they offer customers a complete service, from idea and software development to support through digital marketing. The team is successfully expanding further, and despite the epidemic, they are recruiting new forces.

Although the company is developing rapidly, the goal is gradual and quality growth, positive energy, an enthusiastic team and a proactive work ethic regardless of the number of employees.

“Leave the legacy and be a part of it”

“It feels good when you know that there are people who know how to do a good job”, Luka said. 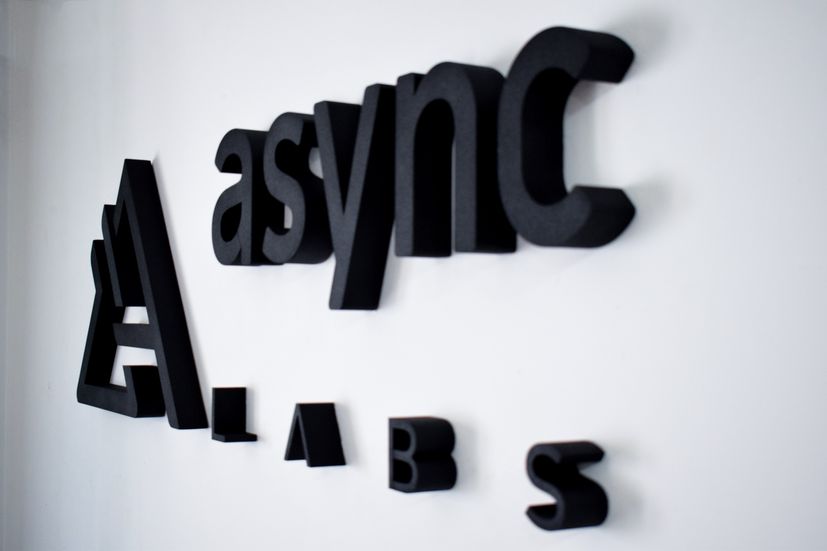 While it is still too early to reflect on what will happen in the future, Luka pointed out that it would be great to leave his legacy, a family to which he can always proudly return as a cheerleader.

Luka inspires and motivates with his story and can be an example to all of us that knowledge, perseverance and effort are not just a simple cliché, but it is proof that hard work pays off.

How to optimize your life, plan and organize the time for training, work and studying, listen to Luka’s story in the latest episode of the Podcast “Surove strasti”. The podcast is passionately hosted by Saša Tenodi and Ivan Voras, who give voice to positive and interesting people in the region.