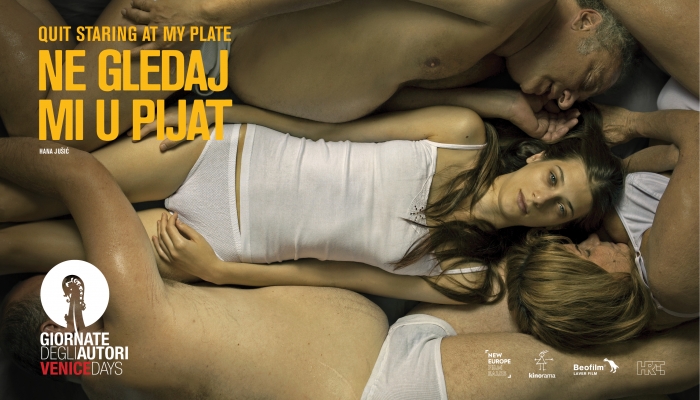 Quit Staring at My Plate is a film about growing up and family relations. The main protagonist is Marijana Petković (Mia Petričević) whose daily life revolves exclusively around her family. The Petković family live, literally, on top of one another in a tiny flat, driving each other crazy. After the dominant father (Zlatko Burić) suffers a stroke and is left bedridden, Marijana takes on the role of leader of the pack. While her irresponsible mother (Arijana Čulina) and her brother, who is a bit slow, (Nikša Butijer) make the situation more difficult, Marijana works two jobs in order to support her family.

Hana Jušić, who both wrote and directed the film, has made a number of notable short films which have been screened at numerous film festivals (Chill, Terrarium, No Wolf Has a House…). Quit Staring at My Plate was filmed in the autumn of 2015 in Šibenik. In the project phase it was developed at workshops including Torino Film Lab, Script & Pitch and Framework, while in the postproduction phase it was introduced in the Work in Progress program at the renowned co-production forum Les Arcs Coproduction Village. 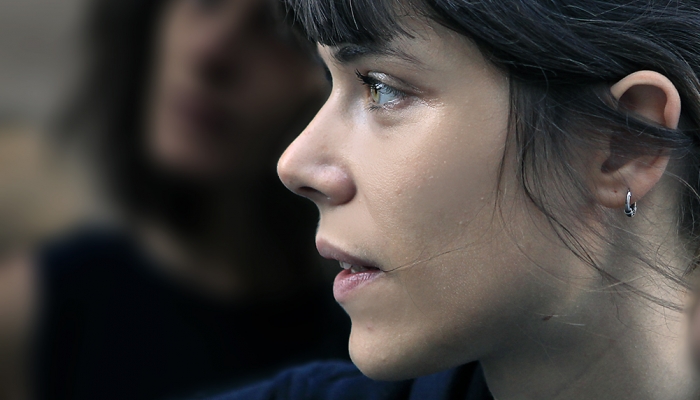 The film stars Mia Petričević, an architect who accepted the role out of curiosity, while this is the debut film role for Arijana Čulina, famous theatre actress and writer.

‘I had been planning on making this film ever since I decided to become a film director, and the film is full of ideas that have been evolving for years. I always wanted to make a film about a slightly androgynous heroine who at first glance looks weak, but actually carries a lot of strength within herself, and that is how the lead Marijana came about. Her family, on the other hand, come more from my imaginarium of twisted, somewhat caricatural-grotesque characters, while the setting is Šibenik, with its own specific mentality. The film is honest and I am glad that someone has recognized it as such,’ said Hana Jušić. 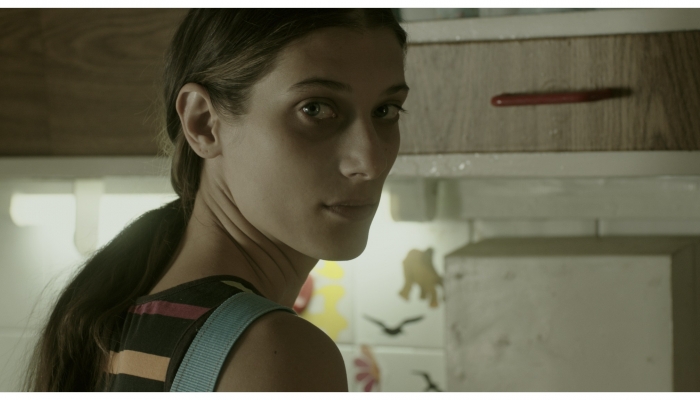 Ankica Jurić Tilić, the film’s producer, said she is pleased that the film will have its world premiere in Venice. ‘I believe that besides Hana’s exceptional authorial skills and fresh approach, the incredibly strong cast are the reason for the film’s invitation to Venice. Our cast have really done an exceptional job and I can’t wait for Croatian viewers to have a chance to see how fantastically they played the roles Hana wrote for them. We now have been invited to a few interesting festivals but I am so pleased that the world premiere will be in Venice. The fact that in the last two years Dubravka Turić and Ognjen Sviličić represented us there so well, I am sure, also helped.’

Hrvoje Hribar, director of the Croatian Audiovisual Centre, also commented on the film’s success. ‘A bright, dangerous film about a patriarch who, due to the general withering of the male gender, is played by women. Even the production concept reflects that, just look who directed, filmed and produced the film. We knew that Venice was the place for this film from Šibenik, and we did it, for the third year in a row,’ said Hribar. 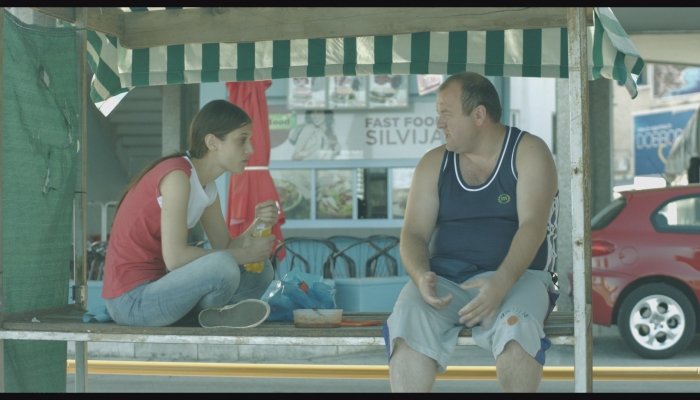 The crew is made up of the art director Jana Plećaš, editor Jan Klemsche, and producer Ankica Jurić Tilić from Kinorama. Co-producers are Peter Hyldahl, Morten Kjems Hytten Juhl and Maria Møller Christoffersen from Denmark’s Beofilm as well as Croatian Radio Television. Development and production was also supported by the Croatian Audiovisual Centre, while the Danish Film Institute and Eurimages funded production.