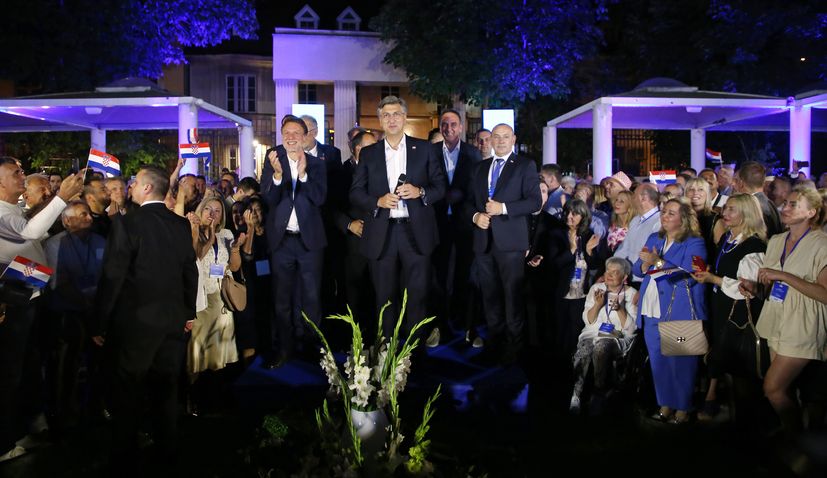 The Homeland Movement has won 16 seats, the Bridge party eight and the green-left coalition led by the We Can! platform seven.

The coalition of the Party with a First and Last Name, Pametno and Fokus has won three seats, while the Croatian People’s Party (HNS) and Reformists have each won one.

These results comprise the votes of 46.62% of the electorate.

HDZ president Andrej Plenkovic said on Sunday night that this was a big victory and big voter support as well as a huge obligation which they would take into account every day of the new term in dealing with the challenges facing Croatia.

Croatia needs a government which will pursue a new modern sovereignism policy, which cultivates the values of the HDZ, of our first president Franjo Tudjman, because in recent years we have put the HDZ in the part of the political spectrum where he always put it and always wanted it, he added.

“This transformation was supported both in intra-party elections and today’s parliamentary election. That’s why we know we are on the right track both for Croatia’s values and progress.”

Plenkovic thanked everyone for the result and the HDZ’s victory today, including voters.

“Whether they gave (the vote) to us, who have won the majority confidence, whether they gave it to some other parties they felt have the best solutions for Croatia. That’s what democracy is, an expression of the people’s will on which course Croatia should take.”

He said this victory was an obligation “because we had a difficult term, full of temptations, and the challenges ahead are likely to be more difficult.”

Such circumstances demand work, energy, enthusiasm, drive and dedication, he added. “They also demand responsibility, knowledge and experience. We tried to synthesise all that in our platform and in our candidates.”