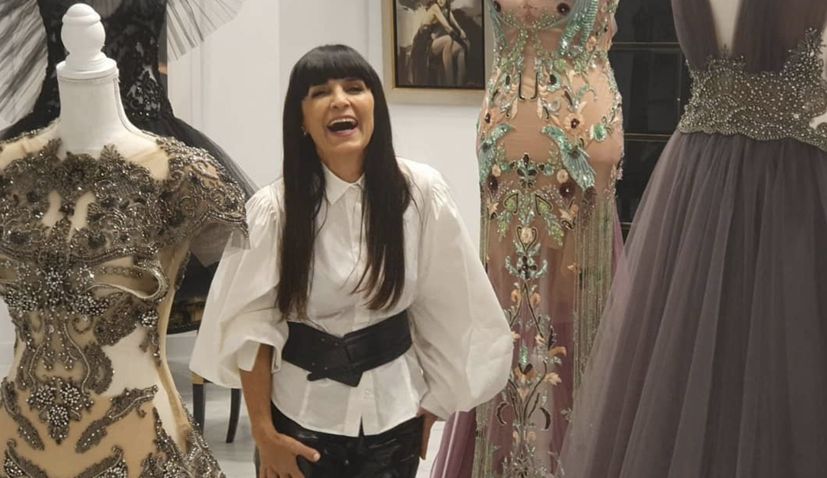 Once again the red carpet at the Oscars and the famous after-parties were graced by some striking dress designs and Croatian designer Matija Vuica had her creations on show once again.

Just like last year, Vuica’s designs were on show last night. Rumer Willis, daughter of Demi Moore and Bruce Willis, turned up to the Vanity Fair Oscar party in a Vuica number.

My face when @marthastewart walks by and says she loves my dress 🖤🦢 Dress @matijavuica you did this! Shoes @snakebottoms Full glam @shlomihillel5 Styled by @aarongomezp @ivanbittonstylehouse

From Metković, Vuica resides in Zagreb and originally started out pursuing a singing career. In the 90s her love for fashion transformed into a professional career.

Her dresses have been worn over the years by most public figures in Croatian and in particular she is sought for her unique craftsmanship of tailored wedding dresses made exclusively from silk chiffon, taffeta, satin, and lace.

Vuica was in Los Angeles last night and held a fashion show of her designs at the an after-party in Beverly Hills. As of last year, Vuica’s dresses, together with paintings from renowned Croatian-Australian artist Charles Billich, are available in Sydney, Australia at Artelier&Billich.