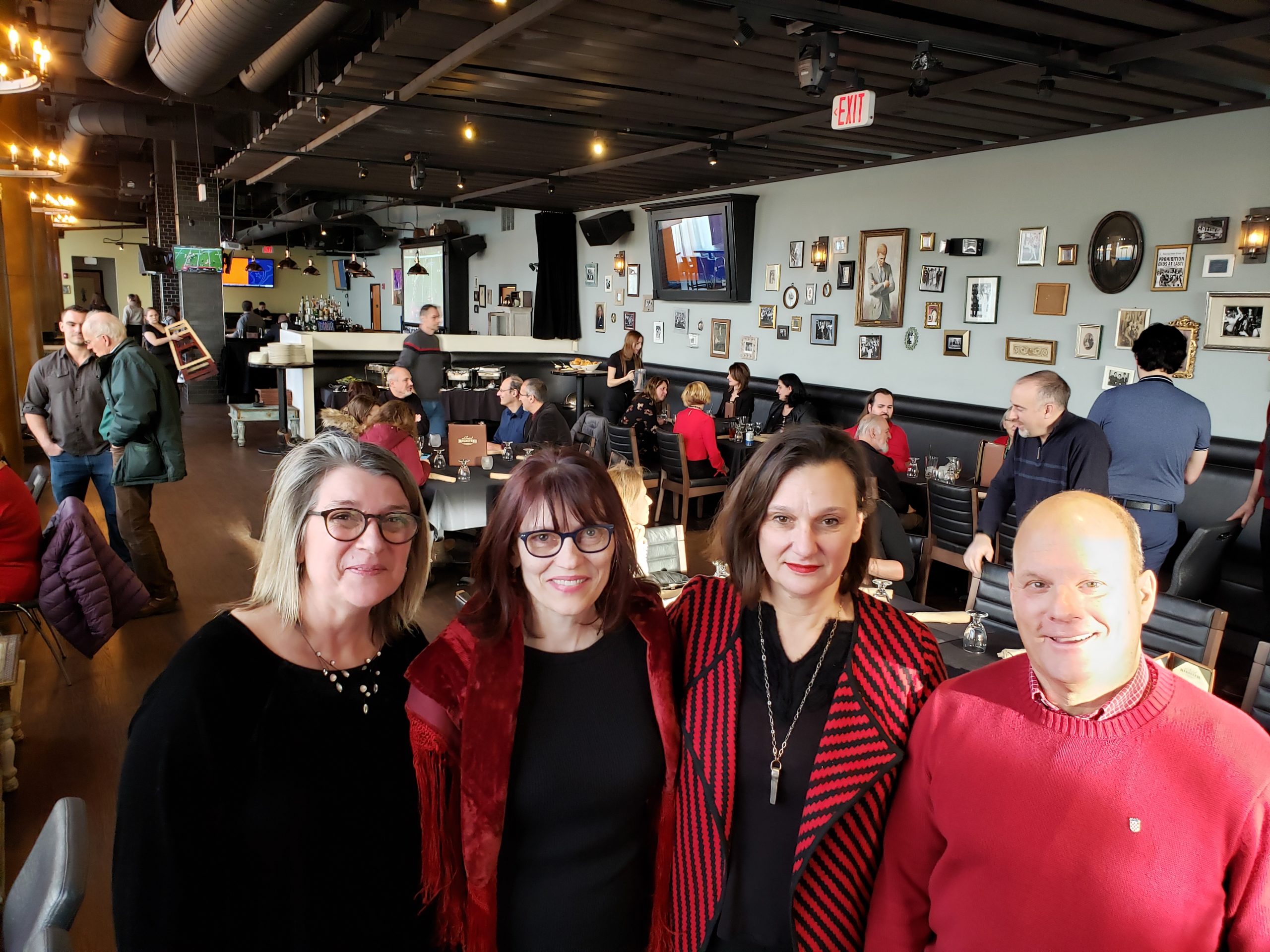 NEW ENGLAND, 9 December 2019 – What do Tom Brady and Santa Claus have in common? Croatia, of course. Henry Požar, whose parents are from the Karlovac area, wearing a Tom Brady shirt, is not exactly sure what to think of Santa who speaks two languages.

And Agnes Šnajder Vorkink, with roots from Sisak, gets a present with Croatian candy from Santa Claus who wishes her a ‘Sretan Božić! (Merry Christmas). 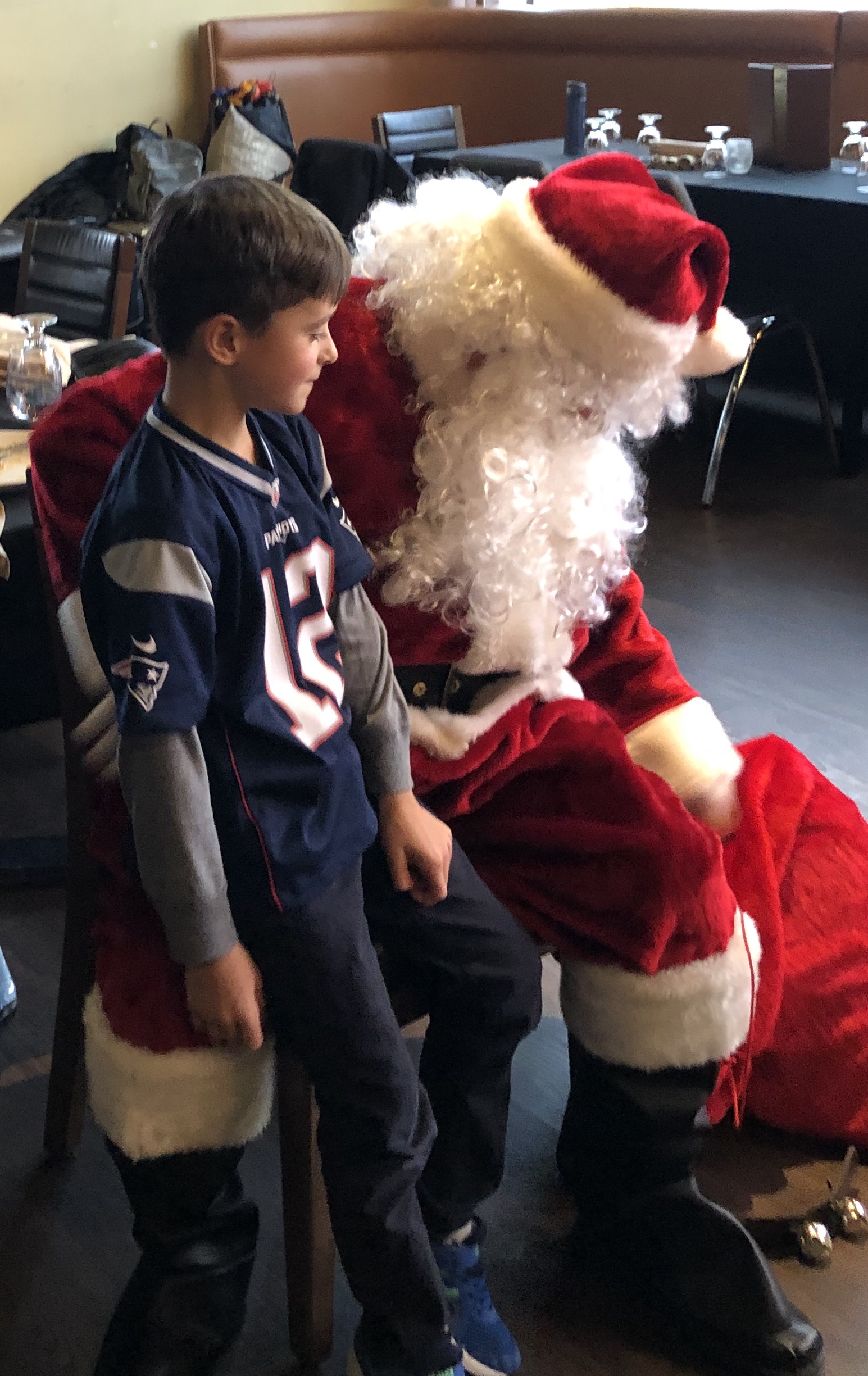 And a sretno/happy time it was. The New England Friends of Croatia (NEFC) celebration gathered the Croatian community around Advent time. Members of the NEFC organizing committee, including Irena Rasin, Irena Matulic, Mirena Bagur and Bob Polich, welcomed all and encouraged the community to share some Božićne pjesme (Christmas songs) while enjoying traditional Croatian food. 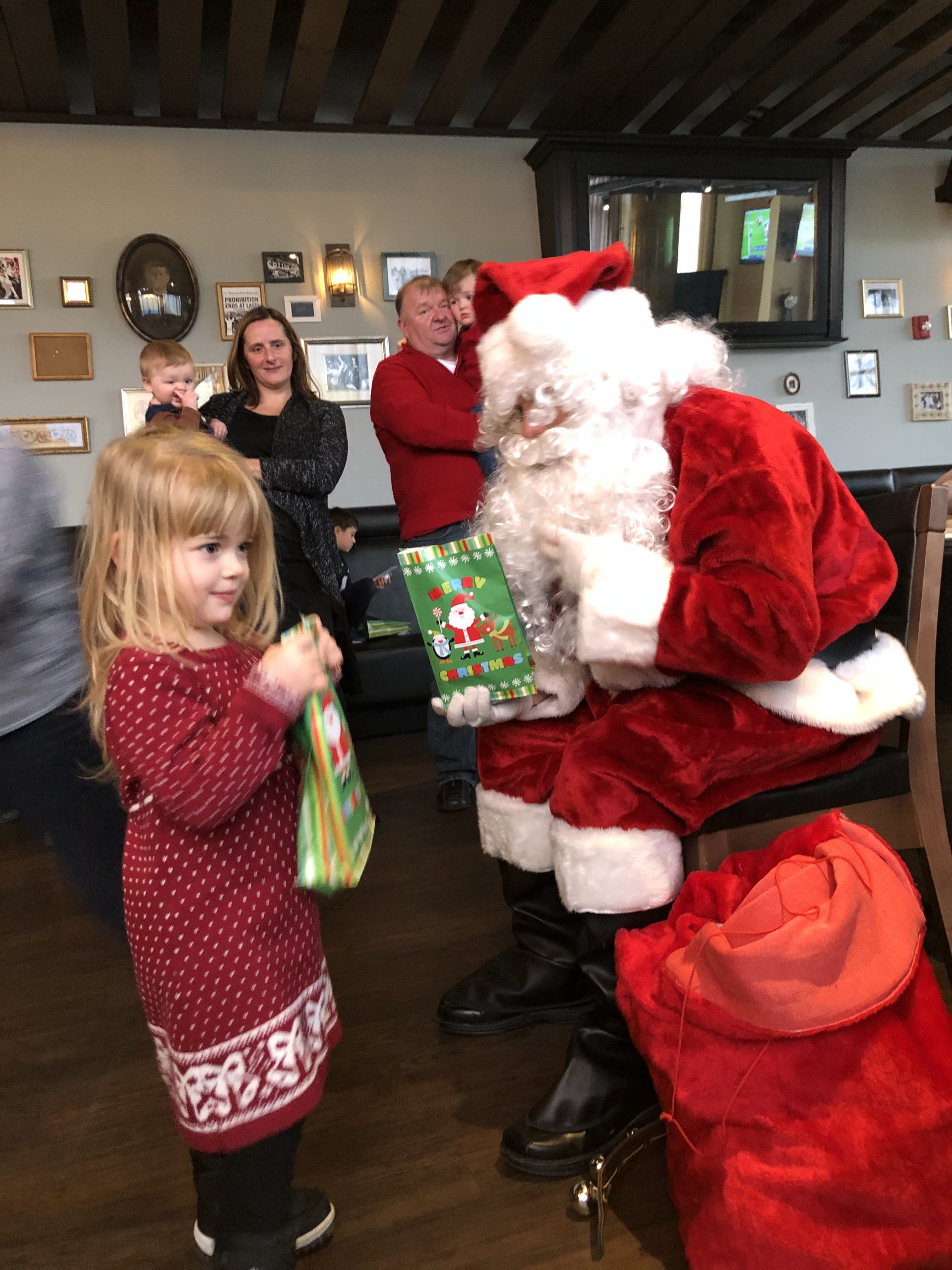 Chef Sean McCabe prepared a great buncek-inspired pork with sauerkraut, which was so authentic that everyone assumed he was Croatian. Several members brought Croatian desserts, including orehnjača, fig balls and sugar cookies. Everyone enjoyed Croatian wines that were on the regular menu at the restaurant, and were thrilled they can also order them online for delivery to most States.

Croatians in the Boston area are a very small group of recent immigrants, who will gather again during Advent for a religious celebration — Father Siniša Ubiparović will hold a Holy Mass in the Croatian language on December 14, 2019, 6 pm, at the Sacred Heart Church, 571 Boston St, Lynn, MA 01905. All are welcome.

NEFC is a not-for-profit organization formed by a community that shares links with Croatia, The organization is focused on creating programs for adults and children, from the Croatian language school to social events, as well as various lectures, business and sporting events.