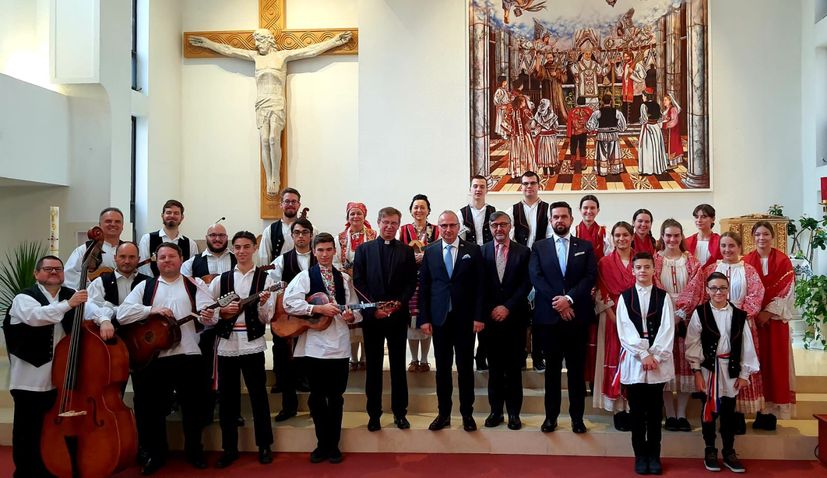 Croatia’s Minister of Foreign and European Affairs, Gordan Grlić Radman, met with members of the Croatian community in Canada at the Croatian Martyrs Parish in Mississauga after Sunday Mass.

In his address, the Minister emphasised the role of Croatian parishes in preserving and nurturing the Croatian national identity – language, culture and tradition. He highlighted the Mississauga Parish as one of the best examples of commitment to preserving and promoting national awareness and connection to the Homeland.

“I am especially honoured to be here with you today in Mississauga – one of the most important and largest Croatian parishes and communities on the North American continent,” the minister said.

He pointed out that the Croatian government will continue to support the Croatian community in Canada by implementing project financing programmes, learning of the Croatian language, student scholarships and support for publishing activities through the work of the Central State Office for Croats Abroad, the Croatian Embassy in Ottawa and the Croatian Consulate General in Mississauga.

“We will continue to support projects aimed at preserving and encouraging cultural, scientific, economic, sports and other cooperation between Croatia and Canada,” he added.

He also emphasised the important role of the Croatian community in strengthening the very good relations between Croatia and Canada.