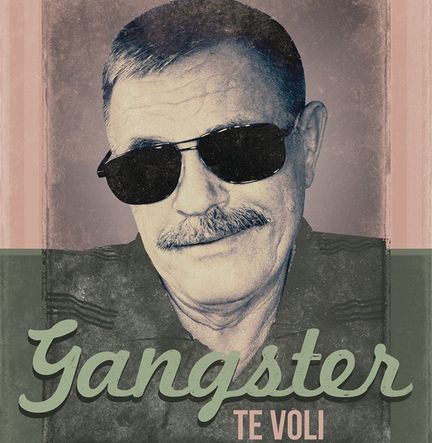 The Croatian documentary comedy of the year, Gangster te voli (Gangster of Love) by director Nebojša Slijepčević, will make its debut at cinemas in Croatia next month…

The documentary follows charismatic matchmaker Nedjeljko Babić, or “Gangster” as he is affectionately known, who has been bringing couples together in Croatia for close to 30 years. Babić, with his immaculately groomed moustache and sunglasses which he never takes off, is tasked in the documentary to find a husband for Maya, a 33-year-old Bulgarian desperate to find her soul mate. Maya’s case highlights the tragic absurdity of traditional men in modern society – although they are lonely and desperate to find a woman, their stubborn conservatism prevents them from adopting an open frame of mind.

Another of Gangster’s clients in the entertaining documentary is 42-year-old Peter, a German whose father is a Croat from Gangster’s village Imotski in the Dalmatian hinterland. Peter is disappointed in western women, so he comes to his father’s native land in search of a more traditional woman.

The Restart Label distributed film, which was a huge hit at ZagrebDox Film Festival, will hit cinemas in Croatia on 6 February.