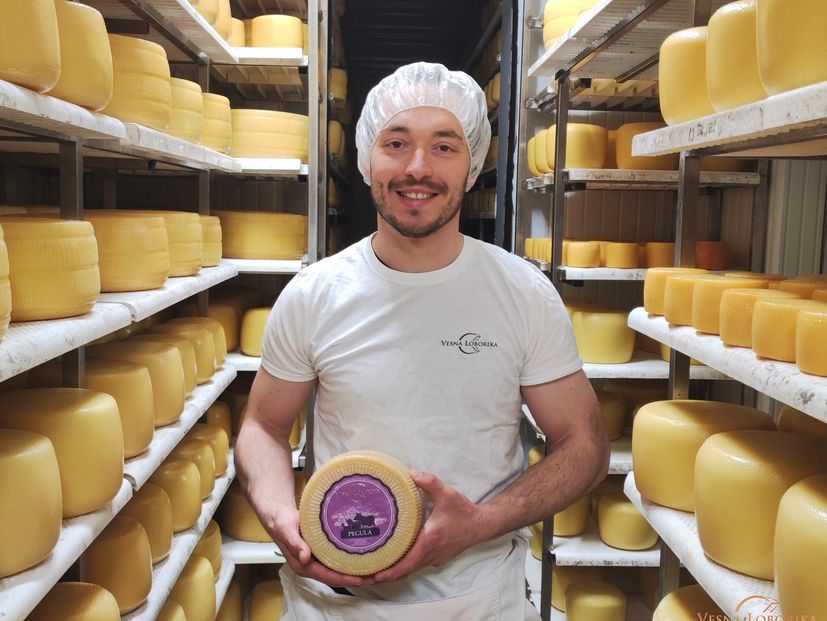 There has been success for a Croatian cheese producer at the 2022 World Championship Cheese Contest which has just been held in Wisconsin.

The World Championship Cheese Contest, which started back in 1957, is the largest technical cheese, butter, yogurt, and whey competition in the world.

A team of 53 internationally renowned judges evaluated thousands of entries last week during the three-day event held in Madison, Wisconsin.

Among those awarded were Vesna Loborika, a family business located on Croatia’s Istrian peninsula near Pula.

Vesna Loborika took second place for its Pegula cheese in the category – hard mixed cheeses aged less than 6 months – earning a high 98.5 points out of 100. Shooting Star from California was the winner in the category with 99.35 points.

Vesna Loborika’s Rici cheese, which is a hard cow’s cheese that is aged for a minimum of 8 months, finished in 7th place in its category.

“We are extremely proud that Pegula won second and Rici seventh in their categories at the renowned World Championship Cheese Contest in Wisconsin, USA. This competition is the most recognised technical evaluation of cheeses and butters, and our Pegula was the only Croatian cheese on this prestigious podium,” Vesna Loborika said.

The small family business near Pula have been producing cheese for more than three decades. The first product they produced was young goat cheese that they initially sold from house to house.

As the range of cheeses expanded, the family business stationed its point of sale at the Pula market, where you can still find it today.

A gruyere cheese from Switzerland was named the overall 2022 World Champion Cheese for the second consecutive year. The cheese, called Gourmino Le Gruyère AOP is made by Michael Spycher of Mountain Dairy Fritzenhaus in Bern, Switzerland for Gourmino AG and earned an impressive score of 98.423 out of 100. A total of 29 nations were represented in the 2022 World Championship Cheese Contest.