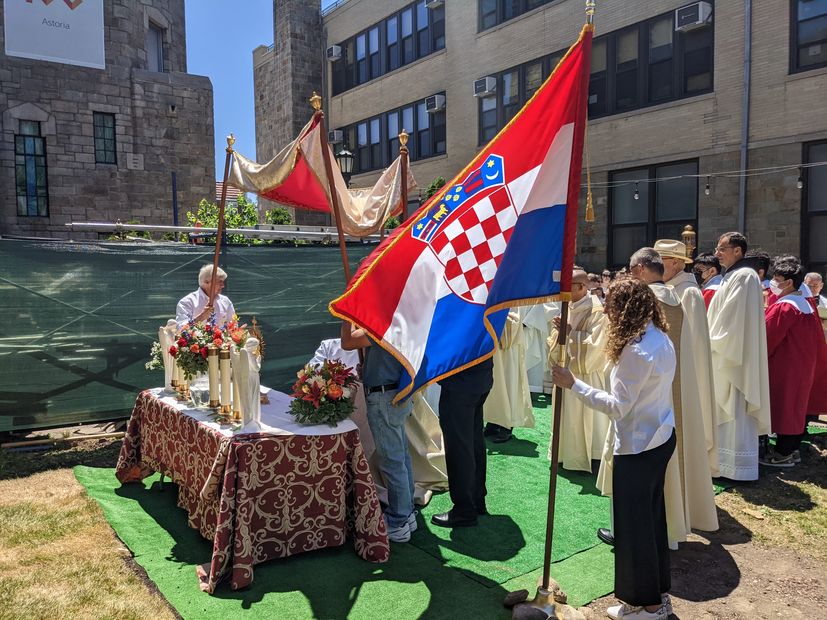 Most Precious Blood Church is a Roman Catholic Parish in the center of Astoria, NY, and a home to a multicultural community made up of parishioners from diverse backgrounds united in their common walk of faith.

On June 19, members celebrated 100th Anniversary of Most Precious Blood Parish with the title “The Solemnity of the Most Holy Body and Precious Blood of Christ” followed by a wonderful procession in the streets of Astoria. Most Rev. Robert J. Brennan, Bishop of Brooklyn presided. 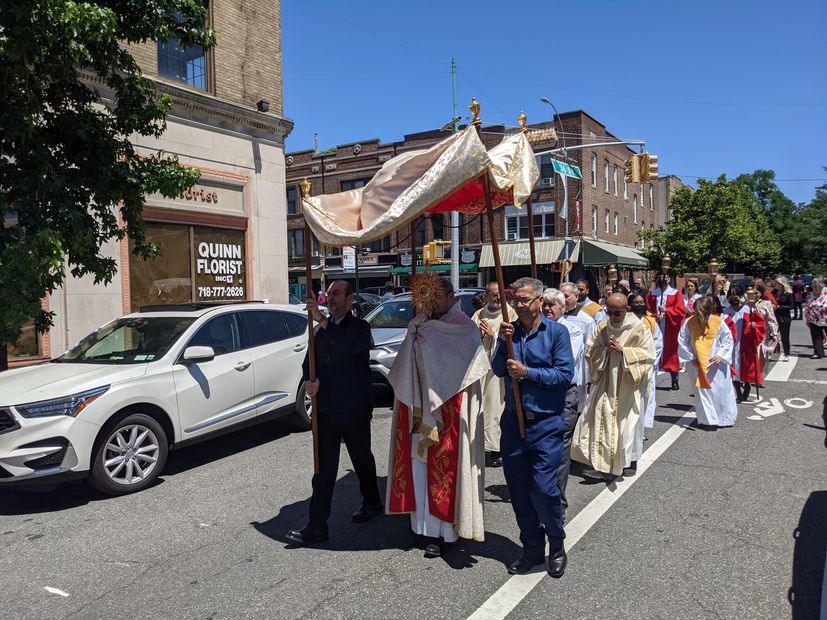 Croatian-speaking Catholics have been attending services at Most Precious Blood Parish in Astoria, Queens, since 1971 when the parish formed what today is called the Croatian Apostolate of Blessed Ivan Merz to serve a massive wave of immigrants from the former Yugoslavia. The community is very vibrant. For example, the apostolate has a bilingual faith formation program that helps succeeding generations become rooted in their ancestors’ devout legacies.

They learn folk dancing, but also hymns and prayers in Croatian. People want to preserve their language and their culture, which is tied in with their faith. Many of the Croatians eventually left Astoria to pursue better housing and career opportunities throughout the region, but they do come back to the Mass.

Three out of the seven members of the Parish pastoral team are Croats: Fr. Vedran Kirincic (Administrator), Fr. Sasa Ilijic, PhD (Parochial Vicar) and Nada Bernich (Faith Formation Director). Fr. Kirincic and Fr. Sasa Ilijic are both “on loan” from the Diocese of Krk, which has shared priests with Most Precious Blood Parish since the Croatian apostolate began in 1971. 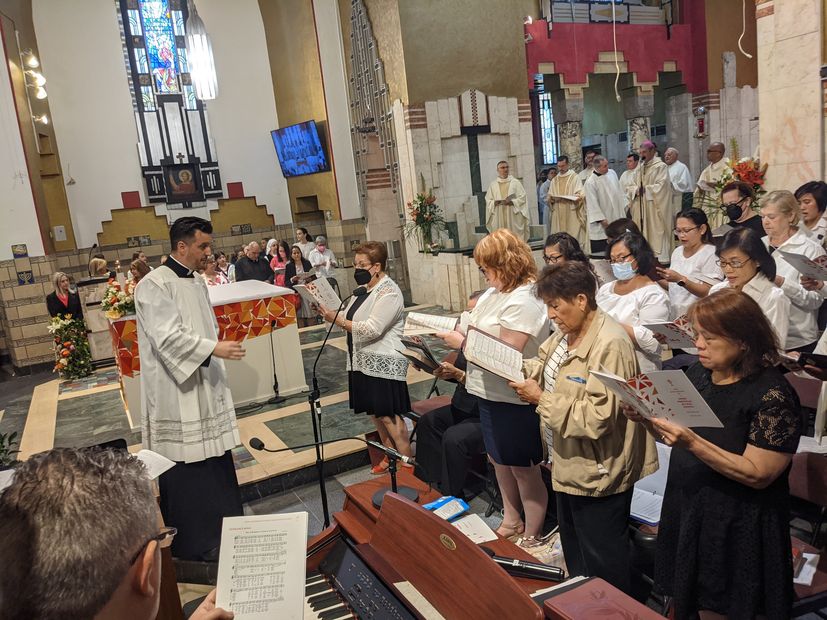 Blessed Ivan Merz, 1896-1928, is a candidate for sainthood who proclaimed the Catholic faith among fellow Croats, especially the youth. A veteran of World War I, he went on to become a college professor teaching French language and literature in the former Yugoslavia. But as a lay servant to the Church, he was credited for championing the liturgical revival among Croats in the 1920s. He died at age 32 from complications resulting from a severe jaw infection. The parish’s Croatian Apostolate now carries his name.