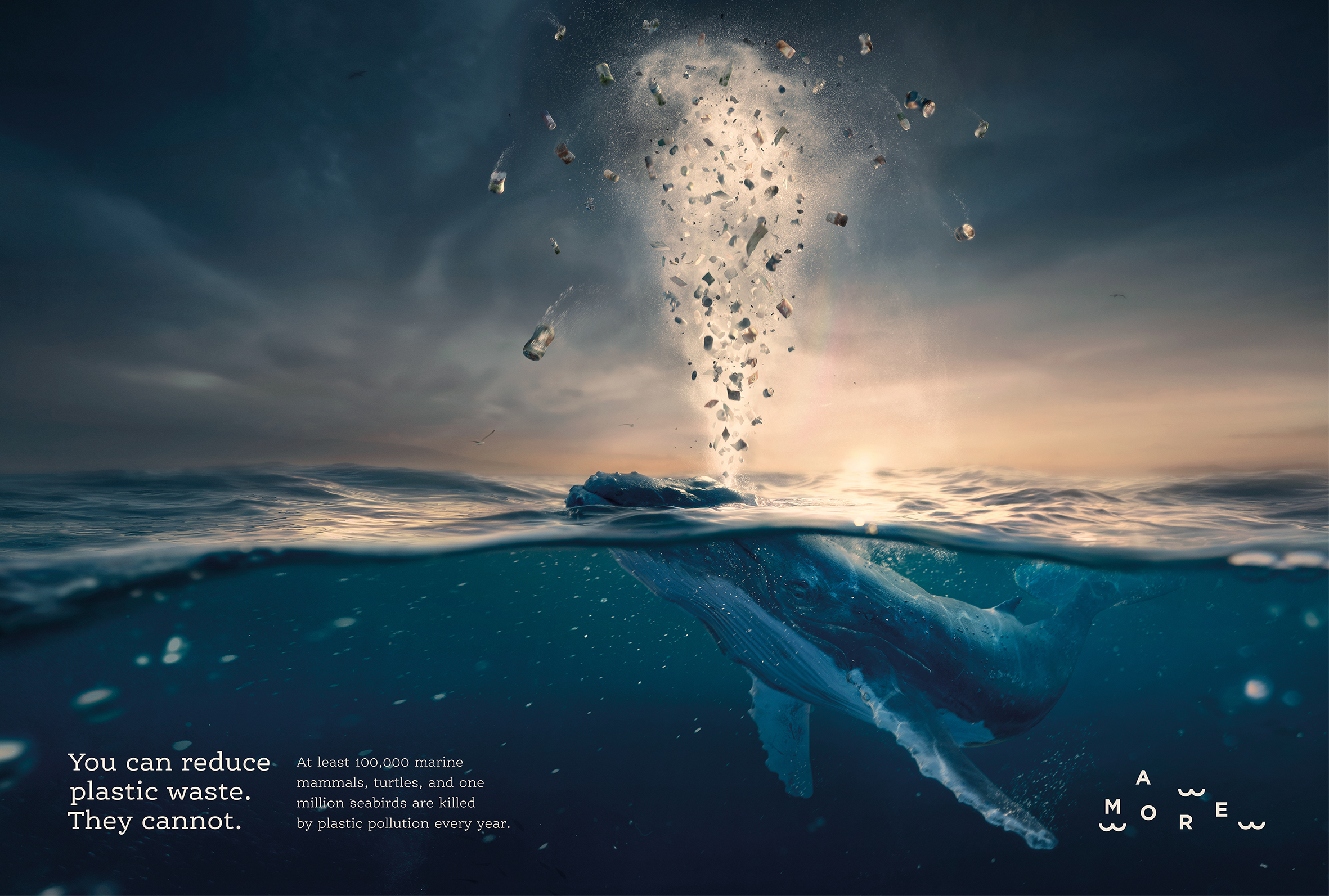 After winning gold at the European Green Awards Croatian communications studio Tumpić/Prenc has received more international recognition for its campaign which was part of the aMORE and EKO LAB project.

The international non-profit organization ACT Responsible has included the visual of the Rovinj studio in the Great Ads for Good exhibition as part of the most prestigious international creativity festival Cannes Lions.

This exhibition includes the world’s best works exclusively in the field of socially responsible projects of non-governmental and charitable organizations and companies, in the fields of solidarity, human rights, education and the environment.

Out of 1,500 evaluated campaigns, the works of 67 agencies from 29 countries were selected, including the works of large international agencies.

In the category of environmental protection is the work of Studio Tumpić / Prenc, an award-winning visual that presents a whale as a symbol of the suffering of the marine world caused by plastic pollution.

In recent years, we have had the opportunity to see footage of stranded, dead whales with tens of kilograms of plastic in their guts in the media, and the whale symbolically exhales pieces of plastic waste through the breathing opening in addition to moist air.

It is precisely the issue of the ocean that is the focus of this year’s exhibition, whether it is plastic pollution, overfishing or the protection of the marine world. The pandemic has given a new dimension to marine pollution due to the dumping of waste such as masks and plastic gloves, to which should be added the existing problem of microplastics. The exhibition is being held in collaboration with the Cannes Lions Festival, the world’s largest advertising forum AdForum and Euronews TV.

All nominated works gain great international visibility through additional exhibitions and publications of partners, media space and the Care Awards competition, the winner of which is decided by members of the European Parliament.

The exhibition as part of the Cannes Lions Festival is being held due to the online pandemic. It is of a competitive nature, and the winners are decided by the audience.

Voting is possible until June 30 via the following link: https://bit.ly/3iZx3o5