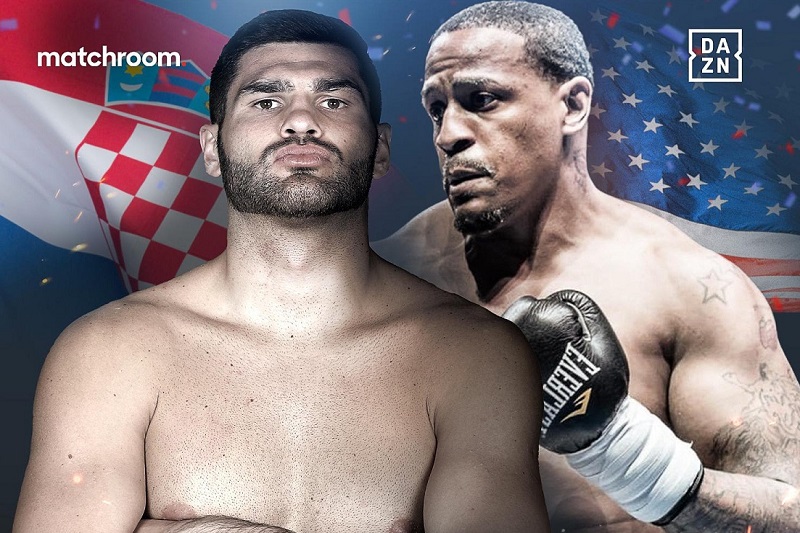 Hrgović will head back to the US to fight (Promo poster)

Hrgović, who last weekend spectacularly knocked out Alexandre Kartozia in Struer, Denmark, will be looking for his 12th professional win over the experienced American.

It will be his second fight on US soil after he beat Gregory Corbin at the MGM National Harbor in Maryland.

Booker, who pushed World title challenger Kubrat Pulev to a points decision last November in Fresno, is a former sparring partner of Hrgović.

“I can’t wait to go back to America to fight again,” said the 28-year-old from Zagreb. “Booker is a skillful fighter. He had a good fight with Kubrat Pulev. He went the distance and won the first few rounds. I think I can do better. I want to make a statement and finish the fight early.

“Booker was one of my sparring partners before I fought Gregory Corbin. I know him well and he knows me, so I’m looking forward to the fight. He has good skills and technique, but I will be better prepared and in better shape. I don’t think he’ll be able to handle my power and my pressure!”

Hrgović’s promoter Nisse Sauerland believes a busy end to 2020 will be the perfect preparation for a World title assault in 2021, as he predicts another knockout performance from the Croatian giant.

“Filip has the style to trouble every heavyweight in the division,” said Sauerland. “He has dynamite in both hands as he showed in his last fight, and I think he will demonstrate that power again against Booker. It’s important for Filip to stay busy as we’re expecting a huge 2021 for him. He’s ready for the World title.”

Zeljko Karajica, Hrgović’s manager, said: “After his knockout of the year against Kartozia, I’m happy to have Filip back in the ring so quickly. He is very excited to fight in America once again and we are looking forward to him putting on a show on November 7th for the US fight fans.”

Hrgović, who is co-promoted by Team Sauerland and Matchroom Boxing, fights as part of a huge night of boxing in Florida that features American star Devin Haney defending his WBC World Lightweight title against Yuriorkis Gamboa.

FIGHT ANNOUNCEMENT 🚨 ‘El Animal’ is straight back in the ring on November 7th vs Rydell Booker (26-3, 13 KOs) at the Hard Rock Hotel in Florida, United States 🇺🇸

The fight will be live on DAZN in the US and RTL in Croatia.