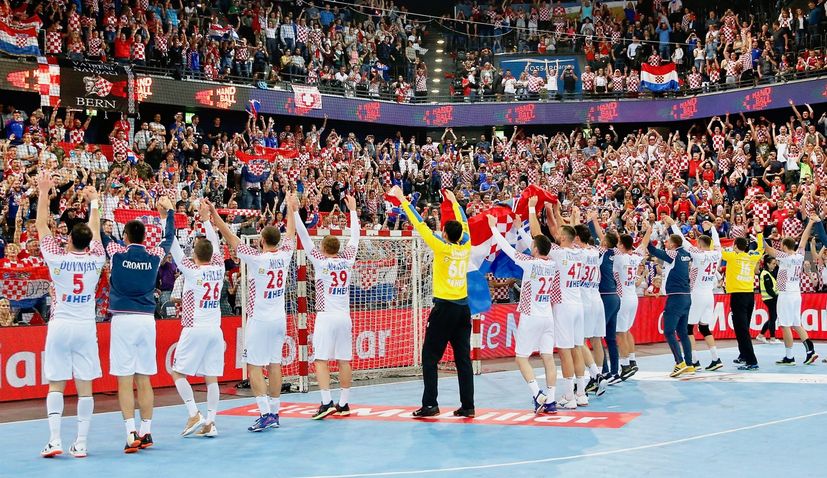 STOCKHOLM, 26 January 2020 – Croatia has won the silver medal at the 2020 European Men’s Handball Championship after a 22-20 loss to Spain in the final in Stockholm on Sunday.

With around 10,000 Croatian fans in the stadium, Lino Cervar’s side started well on both defence and attack. Captain Domagoj Duvnjak, Igor Karacic, Marino Maric and Luka Stepancic were all in shooting form early on as Croatia enjoyed a three-goal lead for the first time in the match in the 18th minute when they led 10-7.

Spain managed to score three unanswered goals to level at 10-10 in the 25th minute and took the lead for the first time in the match 11-10 in the 28th minute as Croatia went over 11 minutes without a goal. Spain would lead 12-11 at the break.

The second half did not start great for Croatia as Spain capitalised on a number of errors to stretch their lead to 16-12. Croatia got back to 16-15 with 15 minutes left in the match thanks to Marin Sego in goal and some solid defence and then equalised 18-18 in the 49th minute.

Croatia held Spain scoreless for more than 6 minutes and took the lead 19-18 with just over six minutes remaining when Stepancic let fly. Croatia had chances to take the lead but Spain would score with a 7-metre penalty with 90 seconds left to lead 21-20.

Croatia failed to equalise on attack as they turned over the ball and Spain would score again to win 22-20 and defend their European title.

Croatian captain Duvnjak was named man of the match and MVP of the European Championships.