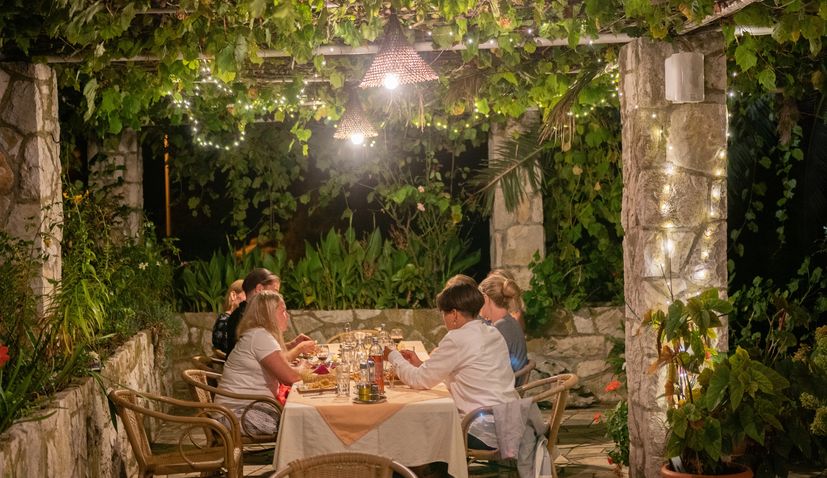 ZAGREB, 26 February (Hina) – As of 1 March, cafe bars and restaurants will be allowed to reopen their terraces and can work from 6 am to 10 pm but without any music, and indoor sports training will be allowed provided that strict health protocol are observed, the national COVID response team said on Friday.

The team’s head Davor Božinović told a press conference that the new decision means patrons can be served on terraces from 6 am to 10 pm but only on open terraces and barriers on terraces need to be removed to allow the air to circulate.

Music will not be allowed so guests do not have to speak loudly above the music and spread aerosol which increases the chance of infection.

Entry into premises is only allowed to visit the bathroom and patrons are obliged then to wear masks.

Indoor sports training will be allowed but without contact between athletes, and gyms have to be ventilated regularly and at least 20 square metres per person must be ensured.

Masks are mandatory on entering and exiting gyms and a record must be kept of attendance.

Dressing rooms and showers are not to be used but if necessary then only two people at a time.

The head of the Croatian Institute of Public Health (HZJZ), Krunoslav Capak said that there was talk of allowing open-air fairs to be held and that will be one of the next decisions to come.

Health Minister Vili Beroš underscores that the epidemiological situation is uncertain and citizens’ behaviour must not relax if measures have been. He called on citizens to get vaccinated.

14-day quarantine to be reintroduced

Capak also said on Friday that quarantine would again last 14 instead of ten days, and that in the first five days of this week the number of new coronavirus infections was almost 35% higher than in the same period of last week.

“In the first five days of this week, 2,152 new infections were reported while in the same period of last week there were 1,597 new infections, which is a weekly increase of close to 35%,” Capak said at a news conference held by the national COVID-19 response team.

He said that new instructions would soon be published, under which the period of quarantine would again last 14 days. He stressed that quarantine had been shortened because of the need for medical workers to return to work as soon as possible.

“We are reintroducing 14-day quarantine because most health workers and employees of aged care homes have been immunised, the number of infections (in that group) is smaller, and we do not know how many cases of the British variant of the virus there are in the population, so we believe quarantine should again last 14 days,” Capak said, adding that the HZJZ would most probably publish the new instructions later today.

Commenting on schools in Dubrovnik-Neretva County, where the 14-day incidence is highest in the country, switching against to online classes, Capak said that it was logical the local COVID-19 response team had resorted to such a decision, in consultation with the schools’ founders.

Capak also believes the latest increase in the number of new infections is not part of a third wave of the epidemic but rather part of the second wave.