Home » News » Croatia to Come to a Standstill on Wednesday Night

Croatia is set to come to a standstill on Wednesday night as the nation gets gripped in World Cup fever.

Croatia will take on England at 8 pm local time for a chance to play in its first ever World Cup final and the match will almost literally be the only thing going on in the country.

Theatre performances, concerts and events have been cancelled, and some supermarkets, gyms and shops will be shutting their doors before the match. One of the largest supermarket chains in the country, SPAR, will close all its stores in Croatia early so staff can watch the semi-final.

“So we can give our staff the opportunity to watch the semi-final match between England and Croatia on Wednesday 11 July, SPAR supermarkets and INTERSPAR hypermarkets will close at 19:30. We ask our customers for understanding and to adjust shopping on Wednesday to our shortened working hours,” the chain said. 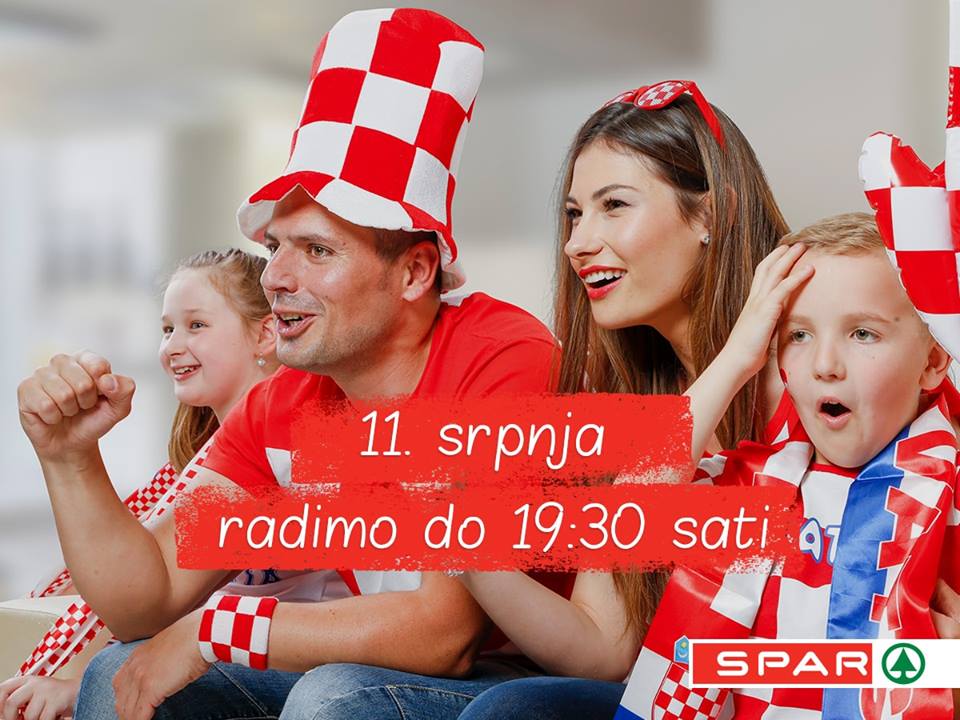 SPAR to close its supermarkets early

“Don’t get angry, but on Wednesday we are shortening our working hours.”

The bar owners revealed to Jutarnji list that being closed for three hours will not change anything.

“Everyone remembers where they were in 1998 when Croatia played in the semi-final. Let them all remember this that they were enjoying it with their (friends, family),” Burgeraj said.

A number of cultural institutions have changed their schedules so performances do not clash with tomorrow night’s game. Theatre plays scheduled for Wednesday evening have been postponed. Also, a big summer concert event set to take place at Bundek park in the capital is set to let the big game take centre stage.

“There is a chance a change to the programme will occur because of the Croatian football team’s match at the World Cup. Please follow our website for the latest.”

There has been a huge amount of interest from Croatian fans in going to Moscow to watch the match live. At 2:30 pm on Monday the Croatian Football Federation announced that all extra tickets released earlier in the day had sold out.

Main squares all around Croatia will once again be jammed-packed tomorrow evening and roads will be almost carless during the game as the nation literally grinds to a halt.