After a win against Sweden and a loss to France in the October Nations League matches, Croatia returns to action in November with three matches.

First up, Croatia will travel to Istanbul to take on Turkey in a friendly on 11 November before facing Sweden away on 14 November and Portugal at Poljud stadium in Split on 17 November.

Dinamo Zagreb attacker Mislav Oršić has been recalled to the squad, whilst all three players who tested positive for COVID-19 recently, Andrej Kramarić, Josip Brekalo, and Ante Budimir are all named.

Luka Modrić will once again lead the side, whilst there has been a stand-by call-up for the first time for Toma Bašić who plays for Bordeaux in France.

“We will monitor the condition of all players in the next two weeks and react in a timely manner, depending on the situation. I wish all invited players to be healthy so that we can welcome the last matches of this year in a better position and finish the League of Nations competition satisfactorily,” said Dalić. 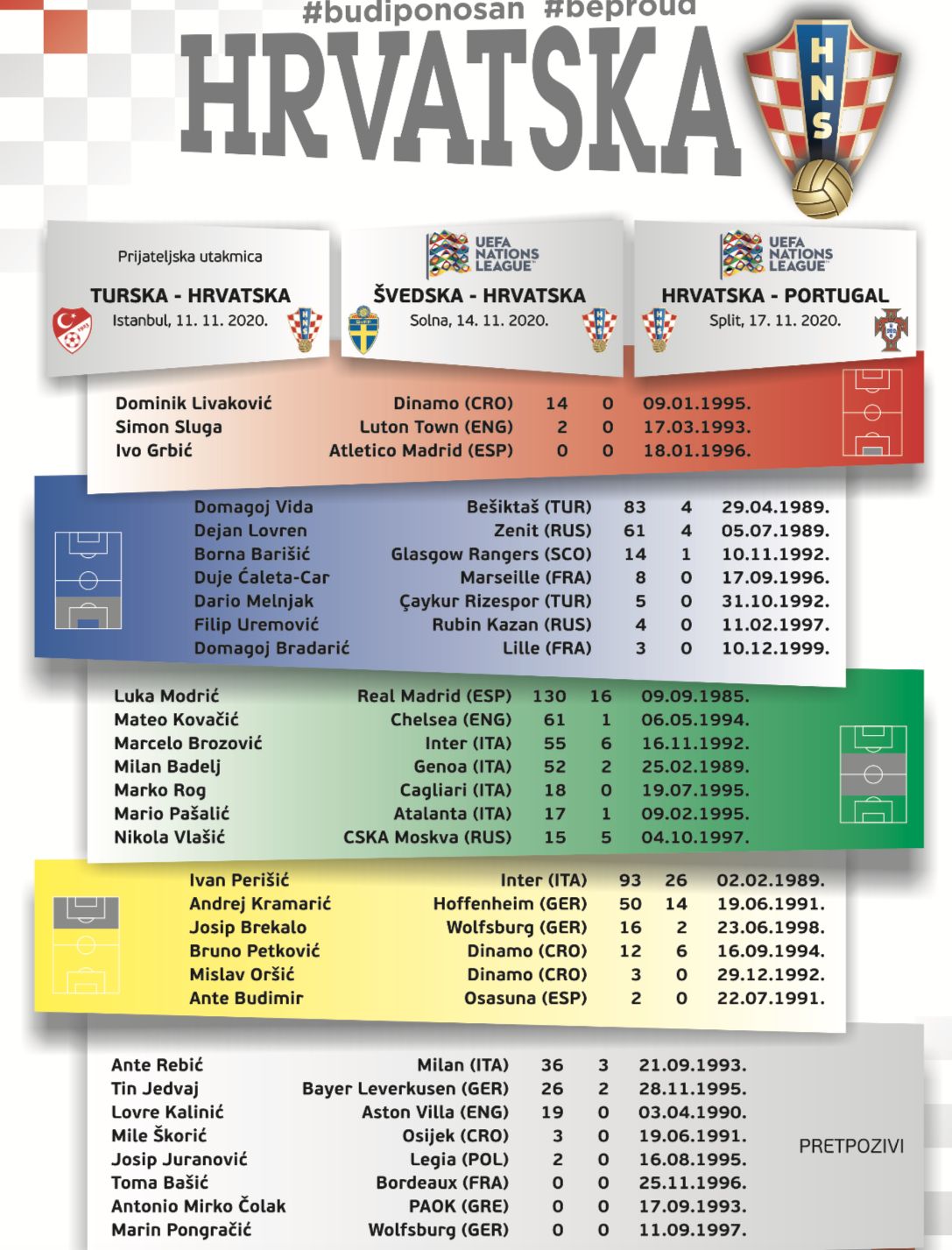