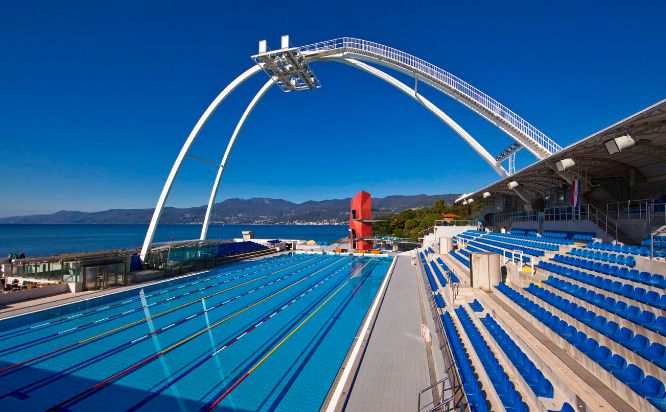 Thanks to the wonderful climate, affordable facilities and location, top tennis players, swimmers, and even Manchester City’s youth team have previously chosen Croatia as a destination to do some pre-season training. And they are not the only ones as sports tourism starts to rise…

On July 2nd in the small village of Matulji, which is 10 kilometers west of Rijeka on the northern Adriatic coast, big things happened in local Croatian basketball. This was INCroatia’s seven-hour basketball Coaches’ Clinic with Nike and Pure Sweat performance director, Alan Stein and former NBA player, Dino Rađa. 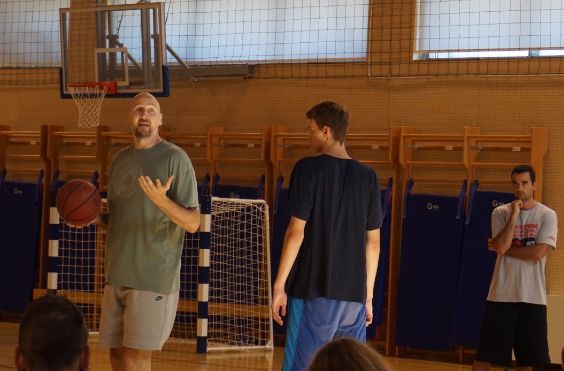 Locals went about their Saturday mornings in Matulji’s city center, while just two staircases below them, an elite U.S trainer and one of Europe’s best centers spent the day unveiling the secrets behind championship-winning basketball teams.

With stunning facilities and affordable prices, it’s no surprise that more and more camps and clinics are coming to Croatia. The term, “sports tourism,” encompasses this emerging travel outlet for athletes.

Why Croatia’s Perfect for Sports Tourism

Kantrida Swimming Complex: Newly reconstructed and designed with a sleek retractable roof, this gorgeous facility in Rijeka includes two Olympic pools, a 25 m public pool, diving area and a children’s pool all against the backdrop of the Adriatic Sea. Summer 2017 kicks off with a bang at Kantrida as the U.S National Swimming Team stops by once again for an intensive training en Route to the World Champs.

Poljud Stadium in Split: An area of 205×47 m stretches to create this unique, shell-shaped stadium near the center of Split. Home to the Hajduk Split football club, three gyms, a pool, and Ultra Music Festival, Poljud Stadium is one of the most versatile and exciting stadiums in Croatia.

Svetice Sports and Recreation Centre: Located in Zagreb, SRC “Svetice,” adds a sports dimension to Zagreb’s urban environment. It has tennis fields, football fields, fitness centers, and even a Zen garden, but most notable is the newly renovated Olympic swimming complex. 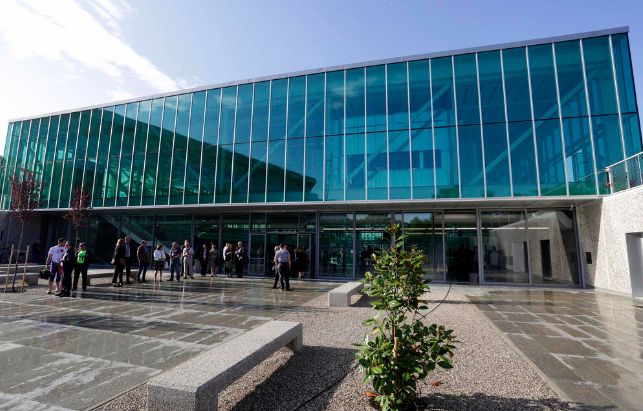 Large sports venues are certainly impressive, but there are also plenty of smaller-scale fitness centers dotting the coast and ready to take on exciting programs in the next few weeks. These fitness facilities are giving elite competitors the best of both words: training in a prime, athletic center whilst vacationing in Croatia.

As summer wraps up, Swim Swift Elite’s Olympian swimmers Joe Roebuck and Michael Jamison (silver breaststroke medalist at the 2012 Olympics) are hosting a week-long camp for competitive youth swimmers at fitness spa, Aquaevivae in Krapinske Toplice. This camp is an opportunity for competitive swimmers to immerse themselves in a world of elite technique under the guidance of two expert swimmers. The University of Pacific’s Division I basketball team is also set to have their NCAA basketball camp in preparation for the season in a few weeks in Split.