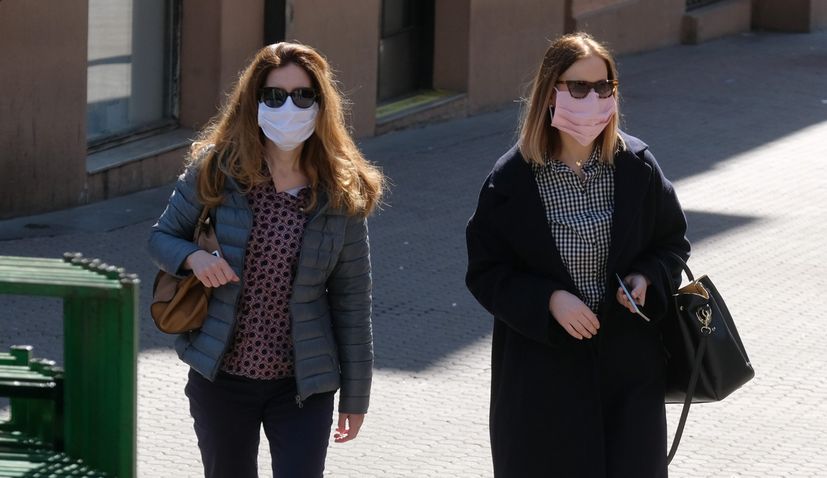 ZAGREB, Nov 27 (Hina) – Interior Minister and the head of the COVID response team, Davor Bozinovic, on Friday announced stepping up the control of the implementation of anti-CIVID measures that enter into force as of midnight, which includes penalties for not wearing masks.

“Civil protection inspections, state inspectorate, and police officers will be more visible than until now. Emphasis will be on premises and activities where more people are expected to gather, such as shopping malls,” Bozinovic told a press conference.

Talks were held yesterday already and the next stage will be marked with stricter controls by the competent bodies. A task force is meeting today to discuss amendments to the law on protecting the population from infectious diseases and the main topic will be penalties for those who breach measures, he underlined.

“All this time we have tried to avoid that and the majority of citizens have accepted the measures, however, due to a minority we will probably have to change the law,” he added, saying that bill would be put on fast track in parliament.

Asked how high the penalty for not wearing a mask will be, he said that that is still to be discussed but that it will be heavy.

With regard to the latest recommendations for churches, Bozinovic said that some bishops have cancelled the usual blessings of families in their home, which the minister welcomed as a good decision.

Restrictions regarding transport and sports centres were adopted in an effort to shorten the duration of contact among people in closed premises.

It would be ideal to just have family gathering but we cannot enter private homes to see if there are more than 10 people there, he said.

We can only appeal to the people to avoid any unnecessary contact.

Measures to be eased when hospitalilsation numbers start declining

Assistant Health Minister Vera Katalinic Jankovic said that 74% of hospital capacities have been filled and 50% of ventilators are in use.

Head of the public health institute Krunoslav Capak said that the latest measures would be eased if in the next month the number of hospitalised persons starts declining.

“If the number of infections and hospitalised patients starts declining, we could discuss easing measures about 21 December,” said Capak.

On the scale from the low to high incidence rate, Croatia currently ranks 24th among European countries in the incidence rate and only Slovenia, Austria and Luxembourg have higher rates.