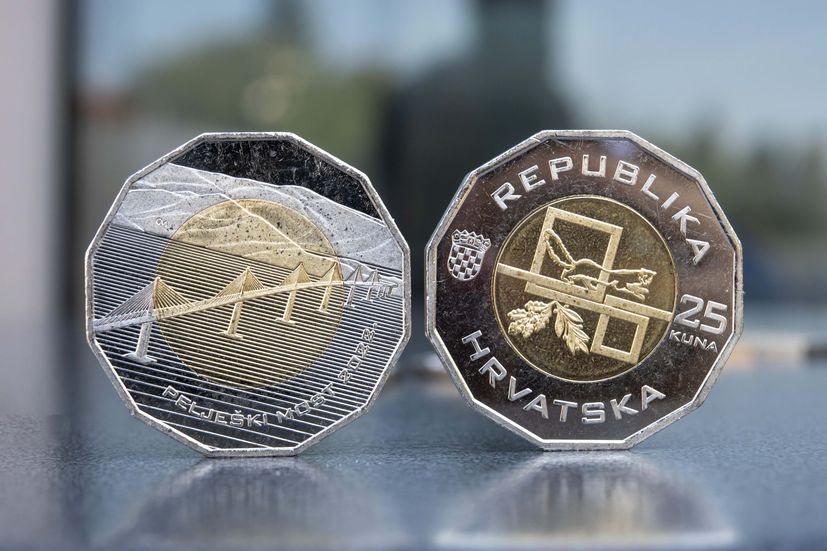 A special commemorative HRK 25 coin will be released into circulation on 26 July, the Croatian National Bank (HNB) said in a statement.

The coin will be released into circulation on 26 July on the occasion of the official opening of the Pelješac Bridge, which is an important political, economic and social event for the Republic of Croatia, the HNB said.

The new commemorative circulation coin was minted at the Croatian Mint and is issued in an amount of 30,000 pieces. The author of the conceptual and artistic design is the academic sculptor Damir Mataušić.

Interested citizens can purchase the new HRK 25 coin from July 26, 2022. You can find out more about ordering and purchasing on the link here.

The 2.4 kilometre-long Pelješac Bridge, which connects the southernmost parts of Croatia and the country’s mainland, along with 20km of access roads, will open to the public for traffic on July 26 with an official ceremony to be attended by Croatia’s president and prime minister.

The first car to cross the bridge with be the Rimac Nevera, the all-electric, 1914hp, 258mph hypercar manufactured by Rimac Automobili.