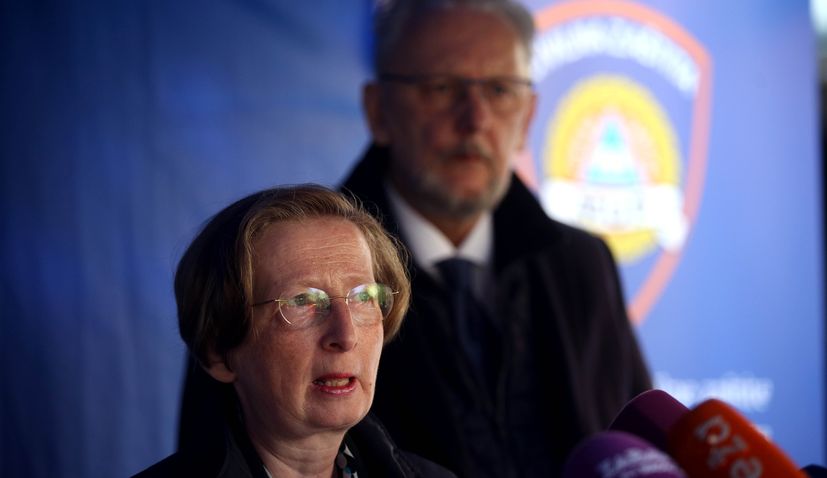 ZAGREB, 20 January (Hina) – Health Minister Vili Beroš said on Wednesday that Croatia was still registering positive trends in coronavirus infections and that 1,603 patients were being treated in hospitals today, which is 110 fewer than yesterday.

That is a big decline in one day, but there are two more patients on ventilators, so caution is still needed, Beroš said.

Reducing personal contacts, he stressed, is a guarantee for preventing the infection from spreading further, and vaccination gives hope.

“The delivery of the vaccine is currently stable, all manufacturers are planning to increase production and doses,” Beroš said.

As for the disposal of infectious waste from hospitals, he said that several inter-departmental meetings had been held and that they were nearing a solution.

“We have also discussed long-term solutions which would imply legislative changes and the consideration of the fact that Croatia does not have a hazardous waste incinerator,” he said.

Croatia is ranked 7th in the EU in terms of the 14-day incidence and 20th in terms of its mortality rate, which is 1,134 per one million inhabitants, he said.

To date, 54,304 people have been vaccinated and 167 side effects have been reported.

The head of Zagreb’s Dr Fran Mihaljevic hospital for infectious diseases, Alemka Markotić, once again urged caution due to the new more infectious strain of the virus, which has already appeared in the nighbouring countries Slovenia and Hungary.

“There is no question that it will also occur in Croatia,” Markotić said.

She therefore called on citizens to comply with protective measures and wear masks and keep their distance, underscoring that the existing vaccines covered the mutations identified so far.

Asked about the situation with infectious waste in the Dr Fran Mihaljevic hospital, she said that part of it was in hermetically sealed containers and part of it was waiting to be taken away. She added that additional options were being considered so that Croatian health institution could take care of the matter on their own in the future.

As for the possibility of tightening measures like Germany, Davor Božinović, the head of the national COVID-19 crisis team, said that Croatia had its own approach which put it among the countries that were coping well with the epidemic.

He added that they were also following trends outside Croatia due to connections with neighbouring countries.

“The measures that will be adopted in 11 days will be the result of the situation in Croatia,” he stressed.