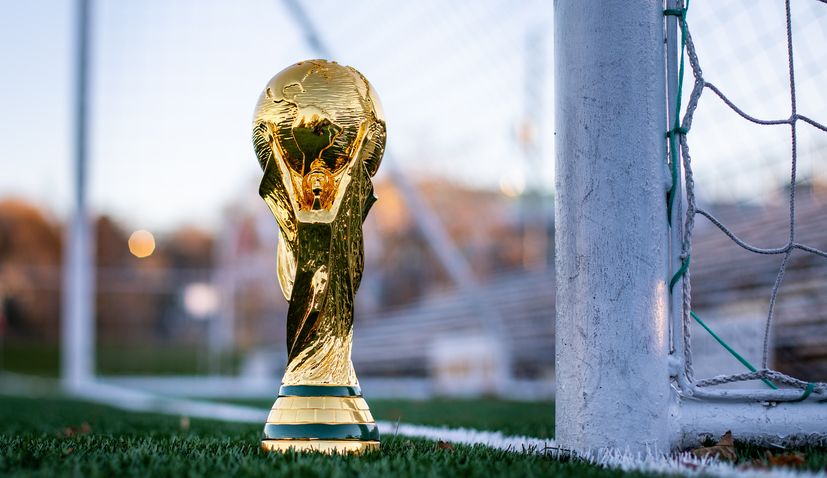 The draw for the World Cup takes place next week (Photo credit: History Of Soccer)

Croatia needs just one point from its next two international matches to secure a place in pot 2 for next week’s FIFA 2022 World Cup draw.

The draw for the World Cup will be made on 1 April and will see the 32 teams divided into four pots of 8. The pots are determined by the FIFA world rankings as of 31 March.

Uruguay qualified for the World Cup last night after a 1-0 win over Peru. The win saw them overtake Croatia in the rankings and pushed the ‘Vatreni’ to the final spot for the cut off for pot 2.

Sweden, who are in pot 3 at the moment, are still able to overtake Croatia and send them down to pot 3. Sweden beat the Czech Republic 1-0 last night to reach the playoff finals and will meet Poland in the final on Tuesday.

However, if Croatia manage to secure at least one point in their next two matches they will be guaranteed a place in pot 2 for the draw and avoid the likes of The Netherlands, Denmark, Germany, Mexico and Uruguay in the group stages at the World Cup in Qatar.

POR 🇵🇹 replaces ITA 🇮🇹 in Pot 1, CRC 🇨🇷 replaces PAN 🇵🇦 in Pot 4. CAN 🇨🇦 is overtaken by EGY 🇪🇬 and TUN 🇹🇳 and is now a step further away from reaching Pot 3. The race for Pot 1 is still open! 5 teams behind POR 🇵🇹 are waiting for another MKD 🇲🇰 miracle. pic.twitter.com/V5wyC175Ta

The FIFA 2022 World Cup starts on 21 November with hosts Qatar automatically in pot 1.