In July I shared my experiences of riding a motorcycle from the Split area down to Dubrovnik and encouraged any bike riders to explore those roads. Actually I went north as far as Sibenik and even left Croatia into Montenegro and was told that some of the most beautiful roads were actually in the Istrian Peninsula. Recently I was able to see that for myself and my opinion? Hell, yes! 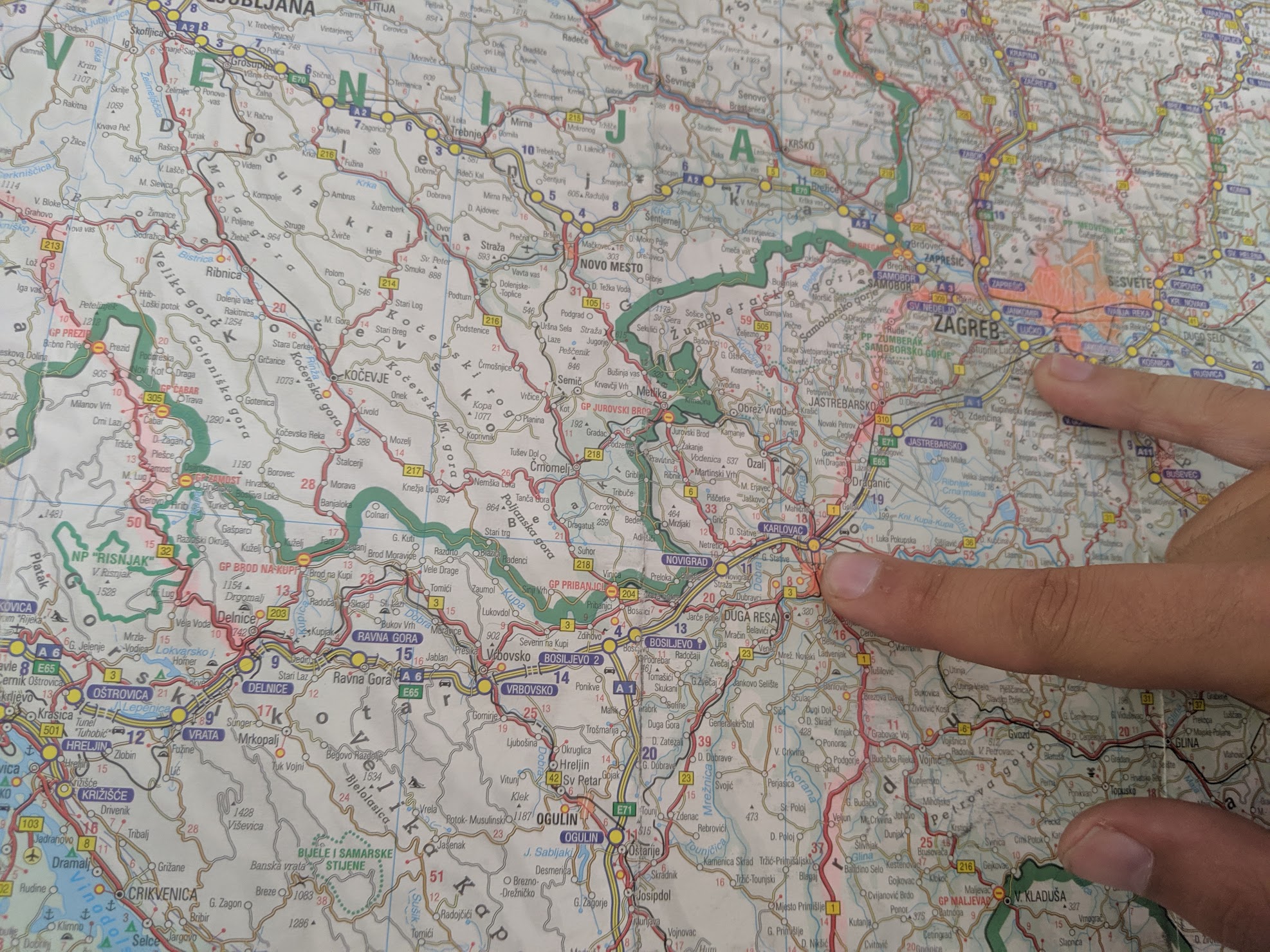 My girlfriend, Kathleen, and I stayed in Kastel Kambelovac for two months then left on a Eurail pass to (more) Eastern Europe and returned via Zagreb, where we rented a BMW F800 GT for a few days. When we asked which way to go, the guys at Rocker Motorcycle Rental told us: West! So off we went towards Rijeka. Whereas we were able to traverse the southern coast of Croatia on a smaller bike, for this ride a larger one made more sense. We were also advised (quite correctly!) that Highway 3 was a better alternative than a boring E65.

The day was sunny as we left about noon, but by the time we had a snack in Karlovac the sky became overcast. We weren’t worried since no rain was predicted until the end of the day, so we carried on. Until we got to Nadvucnik, which is not really a city that we ever saw, but was merely a residential area. But the best laid plans were dashed as the sky opened up and the rain came down, along with the accompanying lightning and thunder mere yards above our heads!

Taking the prudent option we were lucky enough to pass a home on the road with a small patio cover, so the drenched Americans pulled over and made a run for refuge. The owner of the house, Josef, came out with umbrella and boots on to make sure we weren’t going to be trouble, but left us on our own. For an hour the rain poured, and Josef and his lovely wife invited us in for coffee and warmth, which we cheerfully accepted!

The rain passed, we carried on and avoided more drenching, getting into Rijeka just about sunset. The last one third of the ride was chilly and beautiful as we passed amazing rock faces and lakes.

The next morning we headed towards Pula along highway 66 which hugged the stunning cliffs and coastline. The plan initially was to head north from Pula to Rovinj, but though the distance was not far, the going was slow. We made it as far as Pula which we explored for too brief a spell, grabbled a quick bite, and we were off again. We were able to stop at an amazing lookout where the Hotel Flanona afforded a breathtaking view across the channel towards Cres.

Can you appreciate these roads in a car? Yes, of course, but there is nothing like riding your Croatian roads and smelling the fresh air while watching the clouds forming below you. Even with chilly temps about 14C and pouring rain, the experience of riding through beautiful countryside is enhanced on two wheels.

We will be in Croatia for another month or so then will need to leave for visa reasons. But you can be sure we will come back as soon as we can, plus there are thousands of miles and more roads to explore on two wheels!

I wanted to do a special shout out to Kristijan and his guys at Rocker Rentals for working with me and getting me the bike I needed when I needed it. They also offer long term rentals which I definitely will be taking them up on when I return. Norm Bour is a travel writer and blogger who teaches others how to “travel younger.” A Baby Boomer who permanently left the US in February 2019, Norm stays at different locations six weeks at a time, with no intention of stopping. He never traveled outside the US until 2016, but watched how the Millennials traveled affordably and with a great sense of adventure and fun.