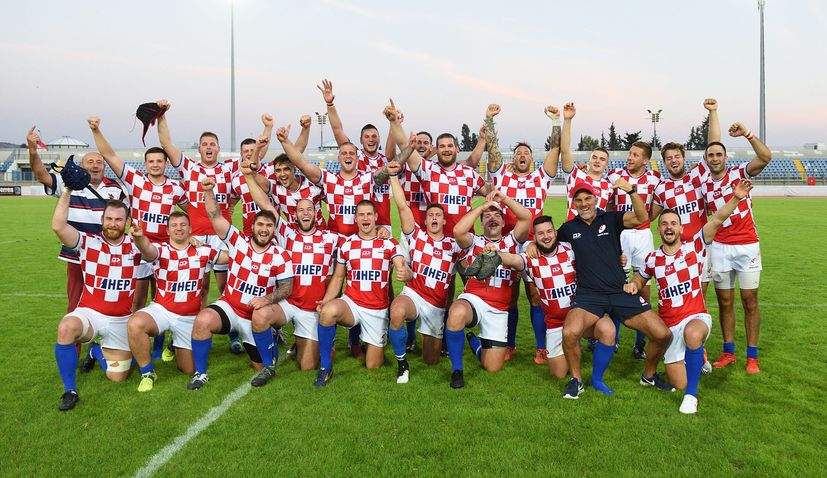 The Croatian national rugby team has gone to the top of European Conference 1 division after impressive back-to-back victories.

A 48-3 victory over neighbours Slovenia in Split and a 29-8 win away to Cyprus on Saturday has left Croatia unbeaten after two rounds and at the top the division with 10 points.

Croatia’s coach, UK-based former international Anthony Poša, says he has been delighted by his squad’s performance at the start of the campaign.

“We are trying to stamp or own unique Croatian playing style to the way we play, controlling the tempo of the game and playing decent rugby when we earn the right to. Two games have brought an aggregate score of 77-11 so I’m pretty pleased to say the least! The lads go home from this campaign rightly proud and with smiles on their faces!,” Poša said. 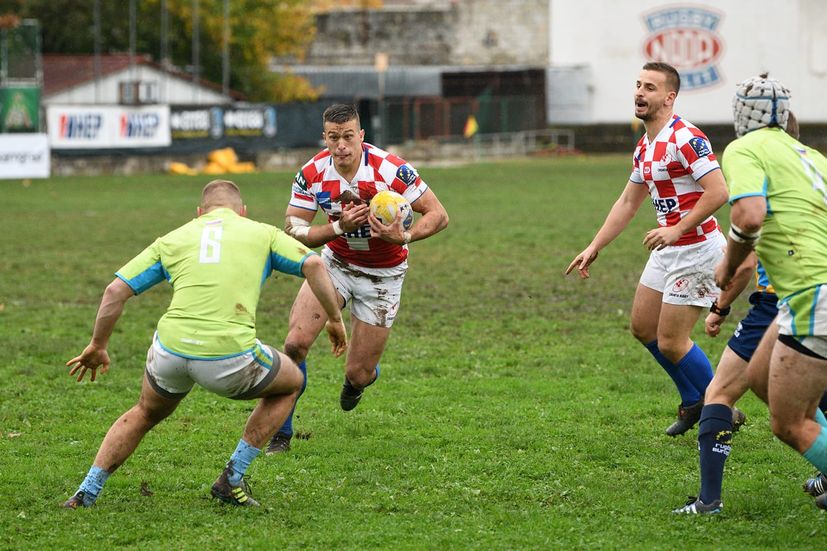 The Croatian-Kiwi coach, who was part of the successful Croatian national team in the late 1990s, says the victories have been even more impressive due to the fact that the squad was made up of mainly local-based players.

“With rugby very much a minor sport all our players make many sacrifices just to train let alone play, even more so when we have to travel to games. In my opinion this group in particular deserve all the credit in the world as COVID has prevented us from having our usual influential influx of players from New Zealand, Australia and South Africa. We only had two players out of our match day squad of 23 who play outside of Croatia,” Poša said. 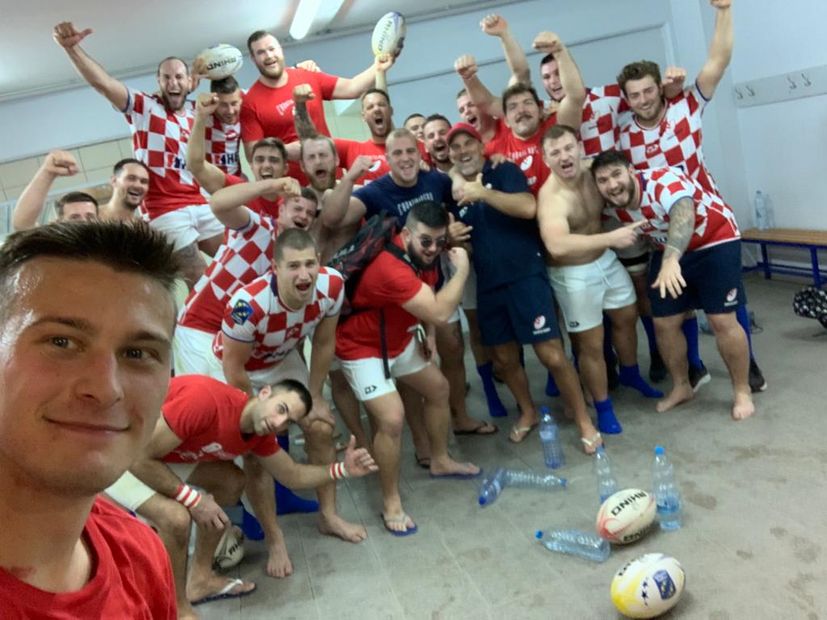 The team in the sheds celebrating (Photo: Private album)

Poša himself flies into Croatia on the week of matches, leaving him only three or four days preparation with his squad. Also, with some players unavailable due to work commitments perorations were not ideal, but the coach says that his squad, which included eight new caps, did not let him down.

“As I mentioned I’m over the moon with the attitude and coinciding performance of all players involved. It goes with out saying the importance of both results, we had to win these games, but I’m also proud of the style and the way we went about achieving these results too, especially the result in Cyprus,” he says, before singling out a few individuals.

“In Cyprus, Captain Nik Jurišić lead from the front, and there were also notable performances from hooker Krešo Čorić, flanker Ivo Perić, winger Niko Pavlović and fullback Domagoj Plazibat. We had one new player join us from England, Alex Bibic, who’s father was born near Split, and he was outstanding for us both on and off the field. Alex has played at a decent level in England in the Championship and his experience and attitude to the game will hopefully rub off on our younger players.” 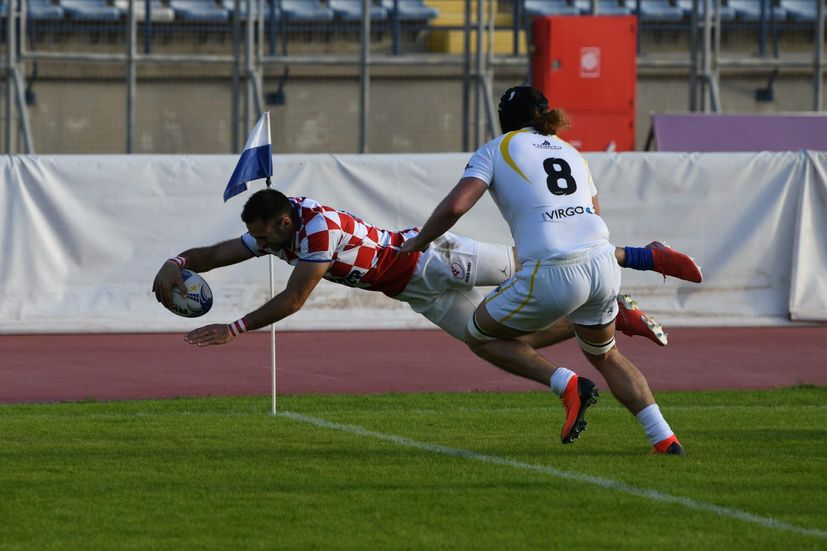 “The facilities were brilliant. Unfortunately the crowd numbers were restricted due to COVID rules but we really enjoyed playing there, in fact all of Cyprus rugby were really hospitable to us,” said Poša.

The Croatian players now go back to their respective clubs and will not meet as a group again until the second half of the campaign restarts in March 2022.

“For the majority of our squad who play in Croatia, they will have one or two more club games and then break from all rugby almost till then. Which is crazy when it comes to our national team preparations – but as we seem to always do, we will manage it and hopefully achieve our goals come Spring 2022,” Poša concludes. 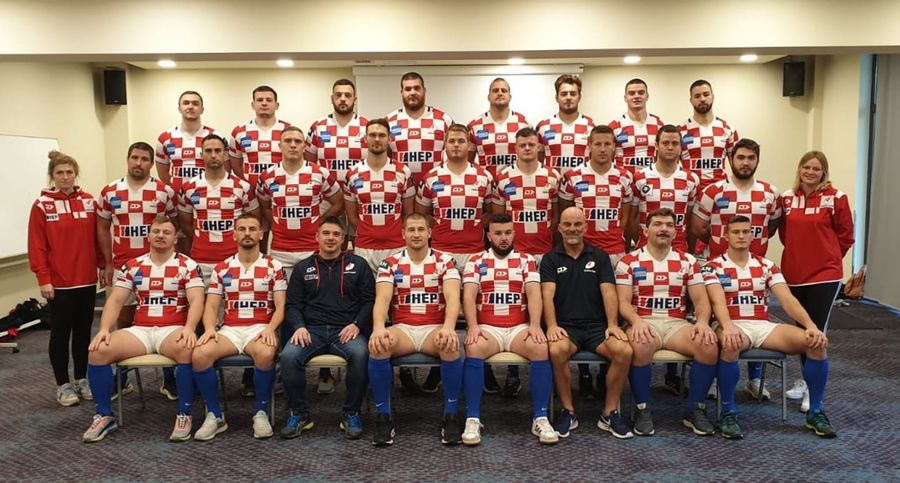 And that goal is to win the European Conference 1 division and earn promotion to the European Trophy division, which would be the highest level Croatia rugby has been at since the Rugby Europe system started.