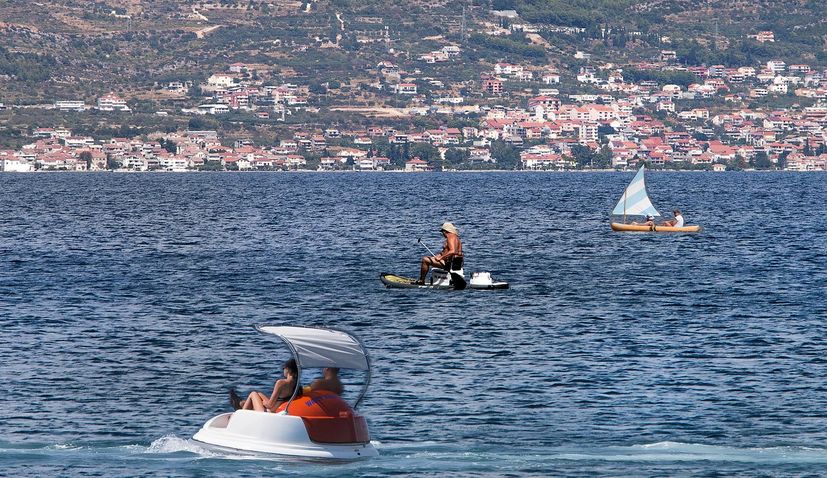 Croatia is the 11th best destination for an active holiday, and the best place in Europe for a water-sports holiday.

By considering the number of yoga and wellness retreats, water-sport facilities, cycling routes, hiking routes and ski-slopes in the world’s 50 most visited countries, Gymcatch, a fitness software system, has found the top active holiday destinations. The study then normalised this by the number of tourists per year, and took into account the average cost per tourist per week, to find the world’s best sporty-vacation spots.

Croatia is the best place in Europe for water-sports enthusiasts with 505 listed facilities, or 162 per 5 million tourists. The study also found that Croatia was the 3rd most searched for destination for an ‘active holiday’ on Google, only surpassed by Greece and the UK.

Overall, Australia is 2022’s top active holiday destination, coming top for hiking holidays and scoring in the top 10 countries for number of water-sports facilities and yoga retreats. Coming 2nd in the study, Brazil scored particularly well for cycling; with the 4th most routes per tourist. Norway ranked 3rd. An alternative to the ski-season favourites, France and Switzerland, Norway offers the 3rd best skiing option for international travellers when considering the length of ski slopes on offer.

Completing the top five were Switzerland in 4th place (which came top for skiing options per tourist) and the United States in 5th position (which came just behind Australia for hiking trails per tourist).

The study can also reveal the best destinations for an active holiday in each continent. Norway is the top destination in Europe. South Africa in Africa, India in Asia, the US in North America and Brazil in South America.

The study can also reveal the best destinations for enthusiasts of each category. Cyclists might guess correctly that Germany, France and Italy have the most listed routes, and when considering tourist numbers, Germany is the world’s best cycling destination, with 40,051 routes per 1 mill tourists. Next is Switzerland which has 18,253 per 1 million tourists, and Poland which has 17,662 per 5 million. 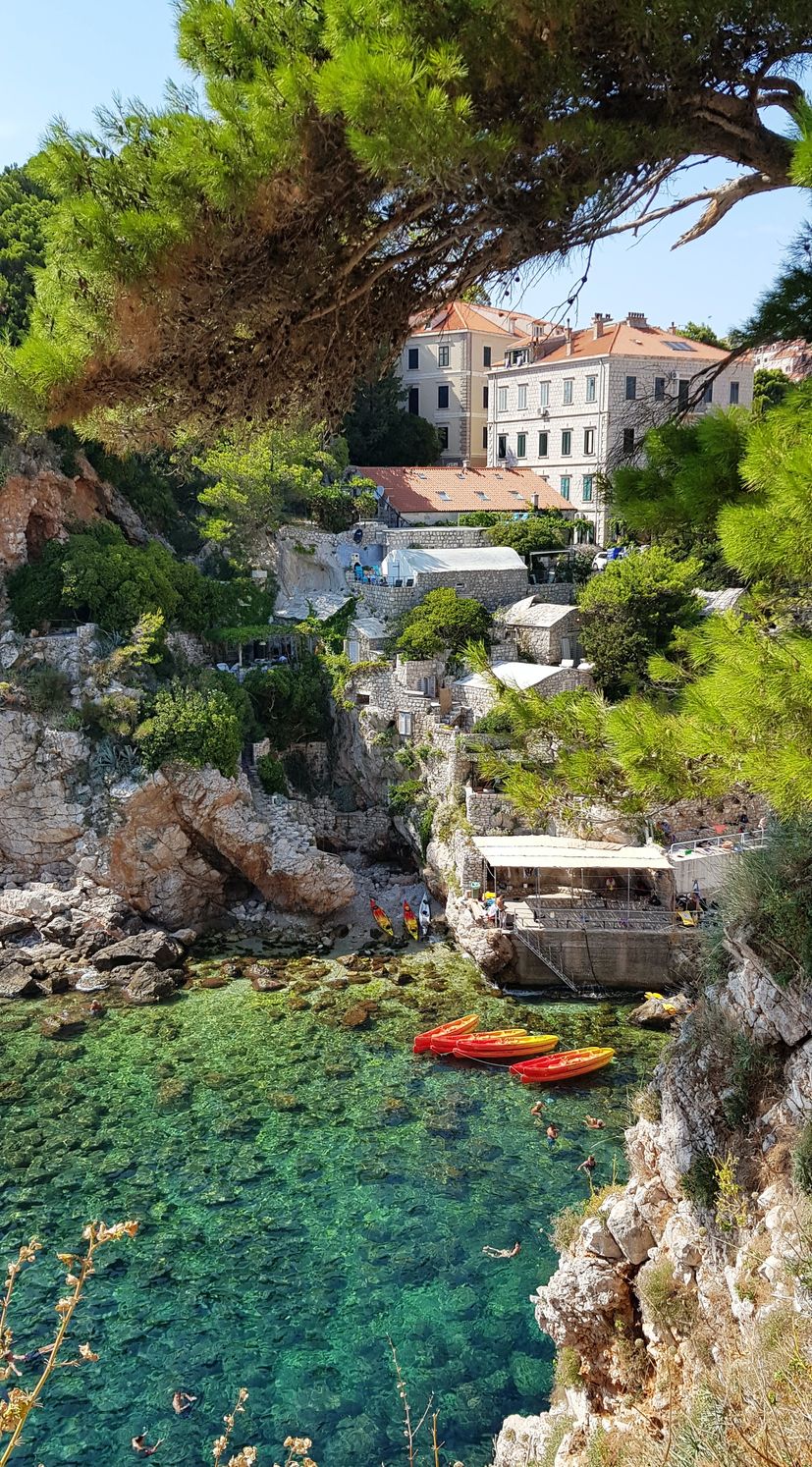 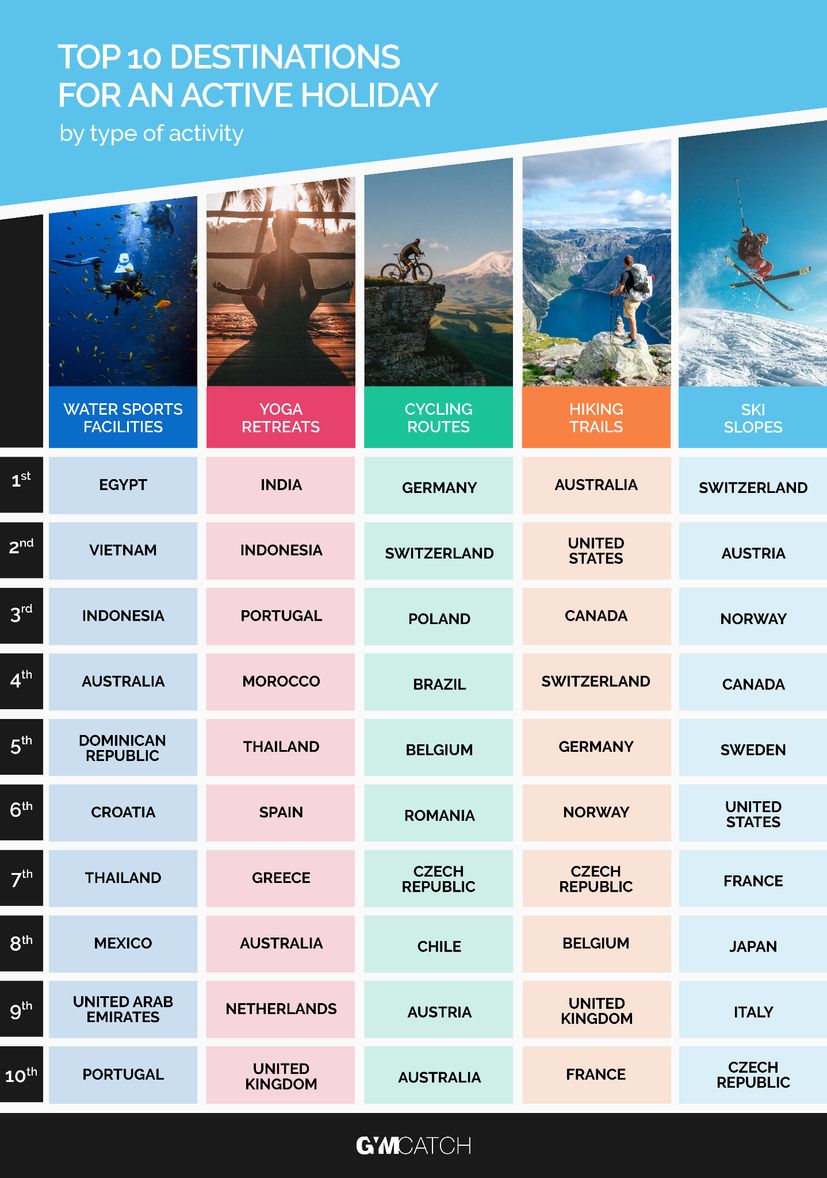 Finally, the study can also reveal which locations are trending for each category, and active holidays in general. By using Google Search Trends analytics, we can see that, likely due to travel restrictions, the most searched for destinations for active holidays are the UK and in Europe.

Per sport, ‘skiing in Japan’ is the trendiest search term. ‘Hiking in Spain’ was most popular, as was ‘cycling in the USA’, and India had the most relevant searches for watersports and yoga.