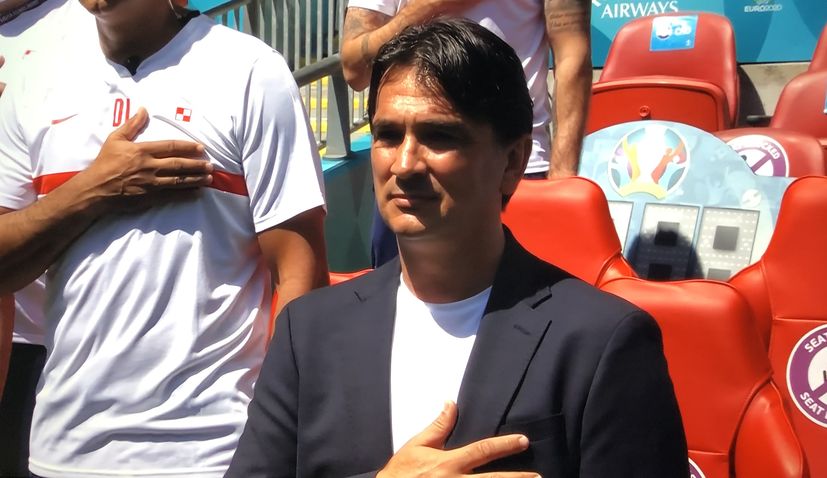 LONDON, 13 June 2021 – A 57th minute strike from Manchester City winger Raheem Stirling was enough to give England a 1-0 win over Croatia at Wembley stadium on Sunday.

Croatia managed to only create a handful of chances and England deservedly claimed all three points in the Euro 2020 Group D opener. After the match, an optimistic Zlatko Dalić talked to the press.

“Congratulations to England on the win and also to our guys. It was a tough match, conditions were tough and humid. We managed to keep the game scoreless after the early pressure and kept ourselves in it and then one mistake. The mistake happened which we trained for the last seven days for that not to happen,” Dalić said before adding.

“We ran well but didn’t show enough in attack. We need to fix things but I am encouraged and optimistic. We are focused on our goal to advance from the group. Gvardiol was deservedly in the side because of his form, and with Rebić we wanted to get depth. It was all good, but not enough to get a point against England.”

19-year-old defender Joško Gvardiol became the youngster player for Croatia at a major tournament. After a nervous start, the former Dinamo Zagreb defender showed promising signs and got forward a number of times on the left. This is what he had to say.

“We knew what was waiting and what England are capable of. We didn’t give our best and we can do better but things will be ok. We had a few chances but didn’t use them,” he said, before being asked how It felt to be the youngster player for Croatia at a major tournament.

“It is a good feeling, but my first big game was a loss. I want to thank my teammates for making it easier for me.”

“There were good and bad moments. We need to analyse the bad things and fix them. We both had chances and they managed to use it. I don’t know what to say about the goal, I didn’t see what was going on at the time, I saw when the deep ball came to Sterling and tried to slip in, but it’s not clear to me how he got to the ball before me at all in the sandwich. We need to keep our heads up and focus on our goal of advancing from the group.”

“England need to be congratulated, they better today. We will not give up, our goal is to move out of the group and that is what we are going for. We worked hard not to go out much, and then once we opened up, the English scored.”

Croatia will play the Czech Republic on Friday at Hampden Park (6 pm.) The last game in the group will be on 22 June against Scotland.