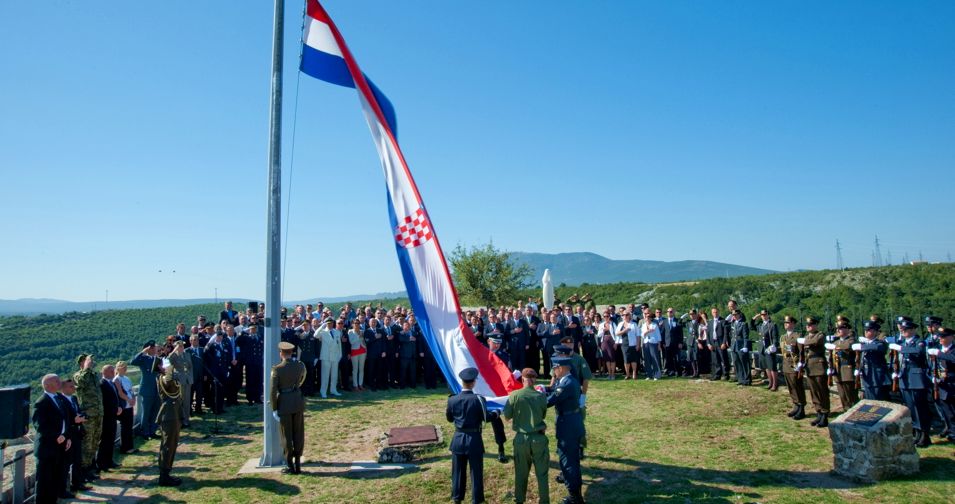 Croats all over Croatia, and around the world are today celebrating the 21st anniversary of Victory and Homeland Thanksgiving Day, and War Veteran’s Day…

Celebrations on Friday are being held to commemorate the military victory on 5 August 1995, known as Operation Storm, when the Croatian army took over a self-proclaimed Serb entity in Croatia. Operation Storm began at 5am on 4 August 1995 and in just 84 hours 10,500 square kilometres had been liberated by the 200,000 Croatian soldiers who took part in the operation.

A huge Croatian flag was erected on the Knin fortress at 12:00pm on 5 August. 174 Croatian soldiers lost their lives in the operation. On 7 August it was announced that the operation was complete.

Thousands will gather today in the town of Knin where the focus the celebrations will be, including Technical Prime Minister Tihomir Orešković.

“We remember the magnificent 1995 Operation Storm in which we showed that, inspired by Croatian citizens’ in the desire for a free and independent state, we can defend ourselves,” Orešković said, adding that it created the prerequisites for bringing peace in war-affected areas and helped defeat the Greater Serbia policy.

Orešković says that 21 years later, Croatia is now an important member of NATO and the newest member of the European Union. The out-going Prime Minister thanked veterans and their families, saying “we must all be worthy of their sacrifice and invest all our knowledge, strength and will” to make Croatia “better, economically stronger and more prosperous.”

He also called for celebrating August 5 with dignity and pride.